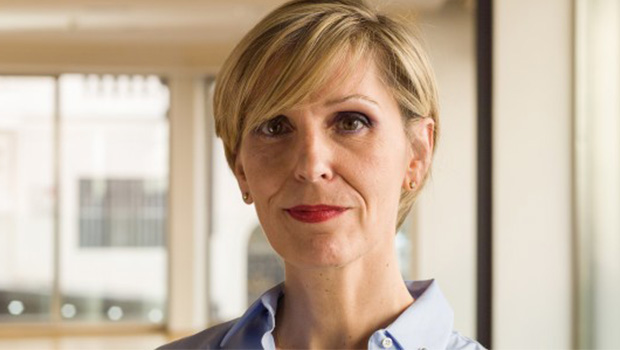 Beatriz Becerra (ALDE) may not have thought that she would run for the European elections and little did she know that she would also win the votes of the people. As a member of the Committee on Women’s Rights and Gender Equality (FEMM) and of the Committee on Employment and Social Affairs (EMPL), UNITEE interviewed her on her views on Women Leadership and Gender Equality.

Why did you become an MEP and what was your motivation when going into politics? What is your political background?

I started my professional career in the field of communication and advertising. I have a Degree in industrial psychology and after that I took an MBA degree. I have been working since I was young for multinational companies. Most of them were American companies in the field of entertainment.

After almost twenty years of working as an executive, with huge responsibilities involved in different activities like TV, video, records… I started my collaboration with my political party in Spain: Unión, Progreso y Democracia (UPyD) when I was forty. This Party is very young for it was launched in 2007. My real collaboration started a year later, in 2008 after its first elections. I offered myself as a volunteer to work on communication of course because I thought that I could give new insights in that particular area, and have slowly started my more serious involvement in the Party, despite my lack of political experience. When the party held its first elections of the board of directors, the spokesperson and the director of the party asked me to be part of their team.

I have been part of that board since 2009. Not only as a member of the management team, but also as the person responsible for communication. After running a lot of election processes in Spain, UPyD Chair, Rosa Díez, thought it would be a good idea for me to run for the European elections. To be honest, I had never thought of such a change in my career. UPyD believes skilled and experienced people can add more great additional values than those more ‘traditional’ parties with people with a longstanding work experience in politics. This is why I am here at the European Parliament.

What are your suggestions on how to best tackle the pay gap and to improve women representation in leading positions?

These are two different questions, even if they are related. I think that the pay gap will be one of our main challenges here at the European Parliament. As members of the FEMM and the EMPL Committees, we consider that anything related to women is transversal; it is something that affects any sector of activity. The pay gap is one of the biggest evidences of inequity. So, if we consider that women represent a majority of the population, they also represent more than half of the labour strength in Europe.

Maintaining this pay gap is something we simply cannot afford. Especially during these times of crisis, in which labour conditions have turned very precarious especially for women. We think that the pay gap is something that has to be tackled by the European Institutions, even if it is also a competence of national States. I think that EU Institutions have to set a minimum of the requirements: not to accept any kind of inequities – same job, same wage. This is obvious. Unfortunately, depending on the State, wage differences are up to 10-15%. This has to change.

Do you think that implementing quotas is useful?

Yes, I think that we need a law to enforce the evolution of rights. It has become obvious that common sense or good will is not enough. If a clear improvement in the representation of women in top positions is noticed, yes, we could wait before being stricter about these quotas, but I do not think that it is likely to happen in the forthcoming years.

Reality is that it is not positively evolving. If some Institutions or national governments brag about having almost 40% of women on boards, truth is no such thing could have happened without the implementation of quotas.

If we claim that we are happy to have a balance in political situations, we should be happy to have such equality in the corporate world and other working stratums. Political bodies should be pushed because we cannot afford to lose this amount of talent. Quotas are good for both women and men.

Let me add that I do not think that quotas are meant to last forever. These legal procedures have a sense: they aim at changing mind-sets. Once things are going ahead and good results are observed, we will not need quotas anymore, maybe because something will have changed in the definition of people’s common sense.

Yes, it definitely depends on the level of equity at a national level. For example, the situation in terms of visibility, representation and equality in Scandinavian countries is fairly different from that of Eastern or even Southern Europe. So, I think it is a matter of learning from each other and sharing cases of success. We should always be looking at countries that score the best results and establish those as a standard.

Also, the building of mind-sets and of societal perceptions is hugely determined by media. Media should adapt their strategies to counteract the lack of women visibility. Let us imagine that if you were someone coming from another planet having a look at life on Earth, you would think that each and every expert on each and every area is a man. And that is not true!

Generally speaking, the upbringings of girls are more inclined to value “softer characteristics”. Do you think that these values are an advantage or a disadvantage for women in their leadership careers?

It is a cliché. In general if you ask someone to describe ‘feminine characteristics’, they would tell you that they are more collaborative, good listeners, sympathetic, or are team players. But it is not a female characteristic in the strict sense. It is just a way of approaching work in a feminine way, which is also found in men. Just like there is a man in every woman.

If we pursue this kind of collaboration between men and women, we cannot maintain this cliché, saying that you should do this or that in that particular way because of your gender. In general, human beings should have this combination of ideas in order to be successful.

It has been proven that a great balance between genders in boards of directors makes them more efficient, successful and proactive. Just like unbalanced boards (be it men-women or women-men) are less likely to thrive.

What are, from your perspective, the biggest challenges for women in leadership roles?

The biggest challenge they face is their view of their career. In order to tackle this, we have to assume that women can have a lifelong career, not a career they would drop as soon as they become mothers or other reasons. Sometimes women are told that they should not choose a lifelong career because they would be punished or would be bad mothers.

Then, women should be taught to believe in themselves and not to justify themselves for the choices they make. Sadly, when women show great competences or talent, they do not fully embrace them until comes an external recognition. On the other hand, men are naturally socially built to be more self-confident, even when they are wrong.

What are the main reasons for the low percentage of women entrepreneurs?

I do not agree with this statement. Proportionally, the number of women entrepreneurs has boomed in the last decades. Women have developed the skills required to own and make their own businesses thrive. Women entrepreneurship is growing as the access of women to curricula and to professional education and markets grows, allowing women to be more independent, broaden their minds and lead their own way, without leaving themselves behind. I believe that the entrepreneurial world is becoming more feminine every day. A new era for women leaders has begun.

ALDE
Group of the Alliance of Liberals and Democrats for Europe
Committees (Proportional Representation)
A voting system. The number of seats that a political party receive is proportional to the number of votes that the party receives in a given geographic area (circumscription).
Committees (Plenary Session)
When the Members of the European Parliament (MEPs) vote on legislation and adopt positions on political issues. Plenary sessions take place 12 times per year in Strasbourg. Here you can learn more about the past and upcoming sessions.
Committees (Parliamentary Committees)
The European Parliament has 20 permanent Committees, where MEPs do most of the preparatory work for the voting sessions. The Committees cover a wide range of issues such as economic affairs, fisheries or gender equality.
MEP
Member of the European Parliament. The MEPs are your representatives at the EU level. They adopt EU legislations and the budget. You elect them for a period of 5 years. The next election is in May 2014.
Entrepreneurship (Entrepreneur)
A person who operates a business and takes on many risks to do so. Entrepreneurs are also innovators, coming up with new ideas and interesting solutions. New companies create more than 4 million new jobs in Europe every year.
UNITEE
UNITEE represents entrepreneurs and business professionals with a migrant background, most of them of Turkish descent, and whom we refer to as ‘New Europeans’. http://www.unitee.eu/