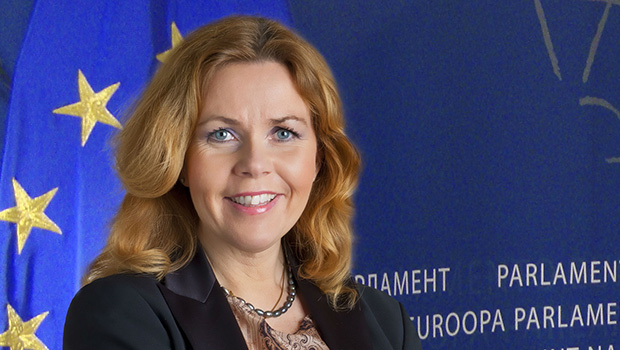 Cecilia Wikström’s journey to European politics began “from a Sunday to a Monday”. Before serving the Swedish Parliament from 2002 to 2009, she was first and still is a priest. Since 2009, she has been an MEP of the ALDE group. She is currently the Chair of the Committee on Petitions and a member of the Committee on Civil Liberties, Justice and Home Affairs. Aside from being a politician and priest, Ms Wikström is also an author of several books. UNITEE interviewed her on her opinions about gender equality and women entrepreneurship in Europe.

Why did you become a MEP and what was your motivation when going into politics?

I was actually working as a priest in the cathedral of Uppsala when, all of a sudden, I found myself elected to the national Parliament in 2002. I went directly from the cathedral to the national Parliament, from a Sunday to a Monday. I was then re-elected in 2006 and before the 2009 European elections, my party leader asked me “why don’t you consider running for the European Parliament?” And I did. Why? Because I want change. I really would like to give my contribution to a world that is better tomorrow than it is today. As a Member of the European Parliament, I want to contribute, to get legislation that makes life a bit easier for Europeans and for the people who for various reasons come here: be it refugees, asylum seekers, migrants, seasonal workers, business people, researchers, or students.

As the Chair of the Committee on Petitions, how do you explain the gap between EU citizens and the EU institutions? What could be done to close this gap?

This is a very important question. In the European elections last May, all the parties lost votes except for the Eurosceptics and the extreme right. I refuse to believe normal European citizens are Eurosceptics or far right-winged. But they are terribly disappointed with us since we have not managed to reach out to them and to make them confide in us. There is a lack of trust in Europe today. A lack of trust between EU and the citizens, between the elected and the electorate.

My vision for the Petitions Committee is that it should be vibrant and vivid, because it is the only Committee that directly deals with citizens’ complaints. We need to have such characteristics within the European institutions. The Committee should also be a body that collaborates with the European Commission and the national authorities.

As a member of the Committee on Civil Liberties, Justice and Home Affairs, should the issue on migration be tackled at a national or at an EU level?

We cannot do either one, we need to do both. But we first need to see an increased European solidarity. We must never leave countries that are facing huge difficulties alone. But it is very difficult to legislate solidarity. It is something that needs to grow from the grassroots level. So, what we need to do is to increase the trust between Member States and not to point fingers when it comes to responsibilities. Many national politicians and citizens have not been open to European solutions, insisting that they should deal with various issues in their respective country. And it has now been proven to be true that this is not sufficient anymore. What I would like to see is a European responsibility, a shared responsibility. We need to see an increased, enhanced cooperation.

People are migrants by nature and this is part of being a human being. And we need to take into consideration that more than a century ago, Europe was the continent of departure. People left to North America at that time to seek a better future. They built North America. Today, Europe is the continent of destination. The destination is Europe. People beyond our borders are now trying to get here and we must never build a fortressed Europe. We must always remain a continent that is open to the rest of the world. And this is to me a key priority.

Being an MEP is time-consuming. It is sometimes tiring, demanding in various ways. But I don’t think it is more complicated for a woman than for a man. Personally, I have never had any problems. And it was never a drawback to be a woman in my country or in the European Union. It has even been beneficial from time to time. I am who I am. I mean, when you ask if it is more difficult for women to reconcile the situation as a politician and as a woman, you would never have asked that question to a man. You would have never asked him how he reconciles his private life with his role as an MEP. This kind of mentality is something that we inherit and passed on to generations and even the young generation of today.

Can we say that gender equality is steadily improving in Europe?

I think it is. Just a small example, I was a board member for about eight years at Uppsala University in Sweden. And as the years went by I could see that the number of female doctorate/PhD students receiving their diplomas was going up tremendously. Today, many more women than men are receiving a PhD degree. Also, on the Bachelor’s level, many more women get accepted to universities today. Women have better grades in general, they are doing better at school. And in a few years, if this prevails, we are going to see that men are in a very bad position.

In my country, women were not able to vote until 1924. My grandmother did not have the right to vote when she was young. Less than a century later, look at me, I became a member of the national parliament. When my mother was growing up, women were not allowed to be priests. One generation later, look at me, I was ordained a priest 20 years ago. So, now in Sweden, there is gender equality in church, in politics and in higher education. Of course, we can still see some forms of discrimination. For instance, women on boards are not well-represented. There is a lack of credibility in that sense. But this issue is currently being tackled in the EU.

What is your opinion about maternity leave directive?

We have 18 months in my country where two of those months are mandatory for the father to be with his child. My party wants to impose a third one. This has shown to be a successful model when it comes to increasing and strengthening the bounds between the parents and the child, the father and the child. If you leave the care of the child only to one parent, that will remain throughout the years that the child has a tight link to only one of them. It’s not fair for the father. To me, the term “maternity leave” is not good. It should be “parental leave”.

What do you think are the barriers to woman entrepreneurship?

There are a lot of different obstacles because the situation is, on the hand, there are many women entrepreneurs in Europe, but on the other hand, they own very small businesses which they manage on their own. Also in developing countries, we see a lot of entrepreneurial spirit among women, but they never dare to take the next step: to hire somebody to work for them and to expand. Issues in insurance, parental leave, and social security among women are, to me, the biggest obstacles women entrepreneurs have to face.

What do you think could be done in order to promote woman entrepreneurship?

Put social security in place. Try to change the culture. Improve maternity leave. I am very much into sharing responsibility at a European and Member State level and it all boils down to the kitchen table. Changes start at the grassroots level.

ALDE
Group of the Alliance of Liberals and Democrats for Europe
MEP
Member of the European Parliament. The MEPs are your representatives at the EU level. They adopt EU legislations and the budget. You elect them for a period of 5 years. The next election is in May 2014.
Eurosceptics
Those who criticize the European Union (EU) as being too bureaucratic and/or undemocratic, or even not viable. Some of them actually strongly oppose the deepening and widening of the EU.
Entrepreneurship (Entrepreneur)
A person who operates a business and takes on many risks to do so. Entrepreneurs are also innovators, coming up with new ideas and interesting solutions. New companies create more than 4 million new jobs in Europe every year.
UNITEE
UNITEE represents entrepreneurs and business professionals with a migrant background, most of them of Turkish descent, and whom we refer to as ‘New Europeans’. http://www.unitee.eu/