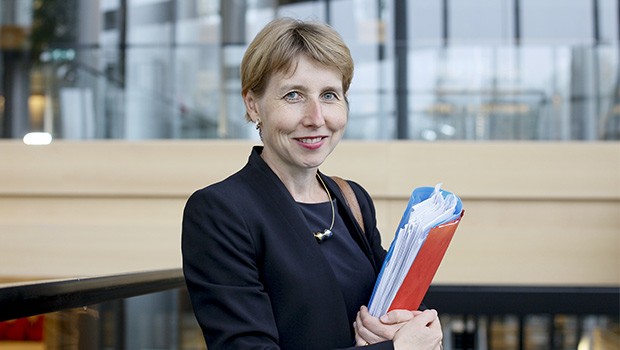 Former Parliamentary assistant to French MEP Joseph Daul and now an MEP herself since the last European elections, Anne Sander (EPP) is the living proof that she made the most of her double political and professional background. She is the Departmental Assistant Secretary for the UMP Lower-Rime and the Head of the “Fédération Jeunes Chambres Economique d’Alsace” and President of the “Territoires et Coopération” commission of the regional “Economic, Social and Environmental Council” of Alsace, in France.

Anne Sander shared with UNITEE her views on the impact of the Digital Agenda for Europe on tackling (youth) unemployment and helping SMEs develop.

What is the impact of young people in revitalising the European economy? How can they help Europe emerge from the current economic situation?

When focusing on youth (un)employment, we quickly notice that young people are the first indicators of what is going wrong, that the recession is there, unavoidable and with dramatic effects. Young people are much more strongly affected by unemployment than other strata of the population. Working on this issue will help us revitalise the economy.

All the ideas that have been suggested to solve the crisis and boost growth were based on innovation. This obviously implies the youth because who better to adapt to the ICT and the digital revolution and to the newly-created Digital Single Market than young people? They are likely to be more creative and adaptable, they benefit from new sets of e-skills and innovative insights that are going to be their best allies in overcoming the unemployment challenge Europe is facing.

How can we trigger the entrepreneurial spirit amongst young people? What role does the European Union play?

The EU has set up a general action plan, but it is up to Member States to implement and adapt these rules based on their own country’s needs. A national approach is not sufficient. A more precise approach, closer to the territory and to the people, is required to transmit entrepreneurial spirit to young people, since the types of businesses are going to be different from one region to another, as well as the opportunities, needs and partner markets – elements that a national or supranational approach would not take into account.

On top of that, we need to promote platforms and initiatives, such as Erasmus + or Erasmus for Entrepreneurs, that are still not known enough. Real stakeholders and actors should be better informed on the benefits of such initiatives because it is only through them that young people will broaden their minds, discover new cultures, have inspiring meetings and will eventually be able to stand out from the crowd.

Despite some initiatives already taken, the educational sphere and professional sphere today fail to communicate. They are each too separated, making it difficult for younger generations the passage from one to the other.

Do you think that the current need for e-skills can frighten people or be perceived as a job annihilator?

Not amongst younger generations! At the end of the day, they all are quite familiar with new technologies – with some exceptions due to different access to different technologies. When one talks about innovation, it is almost impossible not to mention job loss or an accustomization period. But young people are creative and adaptable, I do not fear for them.

Nevertheless, when it comes to older generations, one must ensure that the technological progress must come hand in hand with social progress. That is to say that it is vital to put an emphasis on two things: on the one hand the professional advantages and, on the other hand, the everyday life advantages. Doing so will, without a shadow of a doubt, make this transition go smoothly.

What is the impact of the Digital Agenda on the European economy? Is it more of an advantage or a disadvantage?

There is a very big room for manoeuvre and yet too many opportunities are not sufficiently exploited. If we went further in the digital market in Europe, there would be tremendous new opportunities to seize, with massively positive impacts on both the economy and on the civil society.

It is sad to see that only 14% of European SMEs sell online: it is not much and a great potential remains to be tapped into. Jean-Claude Juncker’s New Commission has even made going digital one of its priorities.

In five years’ time we can make a difference, especially in such an area where everything goes so fast and huge progress is made on a daily basis. It is then crucial to support businesses and encourage them to be creative in this field, so as to give them the opportunity to grow nationally and internationally, to avoid big corporate-groups’ hegemony.

How can we create a smarter and more efficient working environment for SMEs and start-ups?

By reducing red tape. It is every entrepreneur and every worker’s nightmare. Professionals are up to their neck with this administrative complexity – be it on a national or international level.

Fortunately, things are being shaken up at the European level, thanks to Commissioner Frans Timmermans’s portfolio. Besides, a lot of concrete measures have already been taken, such as the REFIT programme that aims at making EU law lighter, simpler and less costly.

This being said, another issue is raised within the European Union: social and fiscal convergence. There is an enormous competition within EU Member States whose first victims are, in fact, our SMEs. We must change that!

Share the post "“E-skills are going to be young people’s best allies in overcoming the European unemployment challenge”: Interview with Anne Sander"

Digital Agenda for Europe
One of the seven flagship initiatives under Europe 2020, the DAE aims to “reboot Europe’s economy” through 101 actions that aim at helping citizens and businesses in the EU take advantage of the benefits associated with digital technologies.
Single Market
It enables EU citizens with “four freedoms”: free movement of people, goods, services and capital in all 28 Member States. (Similar to Internal Market)
SMEs
The category of micro, small and medium-sized enterprises (SMEs) is made up of enterprises which employ fewer than 250 persons and which have an annual turnover not exceeding 50 million euro, and/or an annual balance sheet total not exceeding 43 million euro.
Portfolio
A portfolio in the European Commission is an area of responsibility assigned to a European Commissioner, usually connected to one or several Directorates-General (DGs).
EPP
Group of the European People's Party (Christian Democrats)
Fiscal
A term referring to the use of government’s spending and taxation to influence the economy.
MEP
Member of the European Parliament. The MEPs are your representatives at the EU level. They adopt EU legislations and the budget. You elect them for a period of 5 years. The next election is in May 2014.
Entrepreneur
A person who operates a business and takes on many risks to do so. Entrepreneurs are also innovators, coming up with new ideas and interesting solutions. New companies create more than 4 million new jobs in Europe every year.
UNITEE
UNITEE represents entrepreneurs and business professionals with a migrant background, most of them of Turkish descent, and whom we refer to as ‘New Europeans’. http://www.unitee.eu/