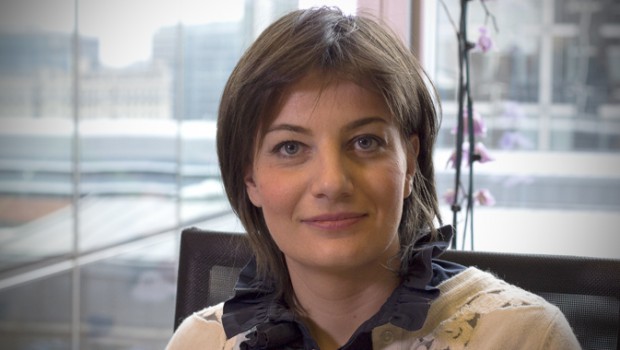 With a seat at the European Parliament since 2009, Lara Comi is the youngest MEP of the EPP group. Vocal supporter of SMEs, she is a member of the Committee on Internal Market and of the Committee on Industry, Research and Energy, and has always been a strong supporter of a single seat for the European Parliament. These issues, and many others, were addressed on the conversation Mrs. Comi had with UNITEE.

When you were elected in 2009, you were the youngest MEP in the EPP group. What made you enter politics, and why did you chose Europe?

I started doing politics when I was 19 years old, because I didn’t like the situation as it was: I acknowledged that there already was a problem with youth unemployment. So, I began in the party at the local level and then, step by step, I grew, together with many other young people.

Why Europe? I have a degree on International Economics. Therefore, the international perspective has always fascinated me. I think it can give you a different, more open view, while being effective for your country: here, the environment is very concrete and efficient.

You are the only Italian member of the Single Seat Group. Why do you support a single seat for the European Parliament?

We are the first ones who have to show citizens we are fighting against wastes: in 2009, we already cut our wages by 50%. To have two seats for the same Parliament is, really, a huge waste.

Brussels or Strasbourg? Of course, in this respect, Brussels is more convenient, because it already has all infrastructures; eliminating Strasbourg would save one billion euros per legislature. One billion euros that could be used to help young people, for instance.

On the other hand, the Strasbourg structure could fit a European University, creating a place where students can live and study where the fathers of Europe used to work.

The European Commission has been strongly advocating for a re-industrialization of Europe. As a member of the Industry, Research and Energy Committee at the European Parliament, do you see it as a realistic tool for Europe to regain competitiveness?

Industry is necessary. My first measure as an MEP concerned the labeling of textile products. A strong and reliable manufacture is very important for Italy and the whole Europe.

Europe is pointing, more and more, towards services, but we have to try to boost manufacturing, bringing it from 16% to 20%.

This objective has to be met through the valuation of SMEs. Usually, big companies are able to internationalize easily, while SMEs need to receive a stronger support.

What can Europe actually do in this field?

It can do a lot. It has already done a lot, and it should do more in the future.

First of all, Small Business Act has been the first step to give credibility to SMEs. For instance, in Italy, the average SME is smaller than its European counterpart, having only two or three employees. We have to let them know that there are a lot of funds available, it is important to know how to ask for them! During the last term, Italy has lost 15 billion euros. This is unforgivable, especially in a difficult moment.

Secondly, we have COSME, fundamental for companies willing to innovate; Erasmus for Young Entrepreneurs, which I strongly recommend; and, to conclude, funds for youth and women who want to become entrepreneurs.

So, the funds are there; we invite you to ask for them and, should you find any difficulties, the MEPs are there to help you!

The May European Elections are approaching, in a situation which is reductive to define difficult. What kind of Europe would you like to see coming out of the elections?

It is clear that nobody likes this Europe. It is not being Eurosceptics, but rather Eurorealists.

Nevertheless, a protest always has to generate a proposal:Eurosceptic parties are dangerous because they only rely on complaints: against the Euro, against Europe as such. But they have no alternative solutions.

Leaving the Euro-zone would mean losing 40% of our purchasing power. On the other hand, leaving the EU would mean an unaffordable isolation.

But there are things that can be changed. For example, the exchange rate fixed at the moment of the creation of the Euro was a mistake.

How is the Europe I would like to see? First of all, either we change in the next five years or we accept the defeat and go back to single Member States. I want a political and fiscal union, able to take immediate decisions. I would like a Europe where Obama does not have to call leaders of Member States individually when there is an issue with Crimea, but can have a joint interlocutor instead.