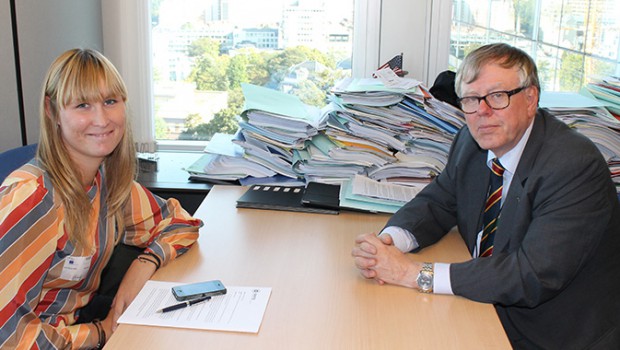 “Europe is the solution!” Says Swedish Member of the European Parliament, Olle Schmidt

Why did you become an MEP? What were your reasons for going into European Politics?

Many of us would say, in Sweden we are “reluctant Europeans”. I always thought: Europe is part of Sweden, Sweden is part of Europe! I was very happy when we became members and I think and hope that we can become a core Member State in the European Union, and also for Sweden to join the Euro.

You were a member of the Committee on Financial, Economic and Social Crisis and a strong supporter of the euro. In the context of the European Elections, the financial crisis will most likely play a big part and be one of the main issues and concerns for the European population. What would be your answer to those who are sceptical about the future of Europe and the Eurozone?

I would say, what would be the alternative? The enlargement of Europe would not have not been possible without a common currency. Some say that the Euro created the crisis but the problems were there before. Would the situation have been better if we had 17 or 18 different currencies? I don’t think so! Austerity measures and structural reforms are, of course, hardships for the citizens, but they are necessary.

What other issues do you think will be central for the European population in the 2014 elections?

I think it is the economy and jobs. Creating a society where the vast majority of youths are not excluded. I would like to see a more comprehensive European approach, and I hope this will be the main issue.

I think that for the first time it will be a European election, with European, cross border issues. Politicians saying we can solve our own problems are wrong. Generally people are not stupid and I think they know that such reasoning will not solve Europe’s problems.

The broader perspective for the future of Europe will be whether we should integrate more, or should we integrate less? We should not say that Europe is the problem, Europe is the solution!

Euro-scepticism, and anti-immigration parties are rising. Since we are representing entrepreneurs and business professionals with a migrant background, New Europeans, they have a key interest in these issues. You are a strong supporter of a common pro-immigration and asylum policy in Europe: How do you think the European Union can increase the general public’s understanding of that migrants and people with a migrant background are contributing to Europe? Economically and socially?

We have a lot of proof and we all know, that Europe without migrants would have been a much less influential continent. The potential of immigrant entrepreneurs for example, has been enormously important, in creation of new ideas and new jobs. I think good examples are beneficial for the whole debate, as a way of benchmarking, much better than preaching, or politicians saying this and that.

As for the European Union we have lots of different projects, but we need more. Especially in trying to gain a better understanding of different cultures and ways of living. We can do a lot in a political way, by legislation, the European Union can fund different projects, but in the end, as a liberal, it is down to my own responsibility and I generally think that most Europeans know, that diversity is something positive.

People have to take responsibility if seeing or hearing remarks or if others are being harassed in a discriminating way, to act and react! The danger lies in people sitting, listening, or seeing, and not doing anything. That goes also in the other direction, people coming to our countries need to know that there are different views, different traditions. They don’t have to like them, they don’t have to participate, but they have to accept that there are certain rules.

You have also taken a clear stand for gender equality, especially in the EU institutions. Will gender equality be one of your core issues in your election campaign and future work?

It has always been the case, even if I would not consider myself a feminist. I am not in favour of quotas. This is principal based, as I believe it is for the owners of companies to decide on this. Some colleagues say that “you can see it like this in Sweden, because there you have a more equal society” and they want to use quotas to speed up the process. I can understand their arguments, but I do not agree with them.

I am sceptical to using European legislation, these things should start at home, by changing attitudes there. It’s a difficult issue, I agree, but for all my campaigns, gender equality has been an important matter.

And for your personal campaign, what will be your other core issues?

For me it is Europe, in the general sense, an integrated, competitive Europe where we work together. Otherwise it is Jobs! Jobs! Jobs, especially among the young generations. They need to know that Europe is delivering. They cannot be set aside and excluded, this will create a risky and dangerous society. 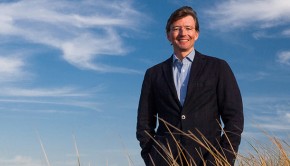 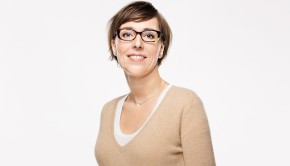 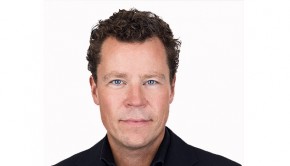 “We are not where we ought to be in having a Digital Single Market”. Interview with MEP Morten Helveg Petersen → 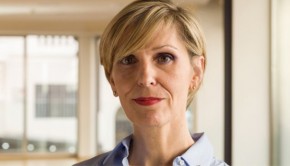 Enlargement
After the fall of the Berlin Wall in 1989, enlargement was made a core EU priority. As of 2014, the EU is now composed of 28 Member States after seven successful rounds of enlargement. Five candidate countries have yet to become members: Iceland, Macedonia, Montenegro, Serbia and Turkey.
Austerity
Governments spend less in order to reduce budget deficits.
New Europeans
People with a migrant background, who live and work in a European country and, in most cases, do not intend to go back to their country of origin. Their future is, rather, in Europe
MEP
Member of the European Parliament. The MEPs are your representatives at the EU level. They adopt EU legislations and the budget. You elect them for a period of 5 years. The next election is in May 2014.