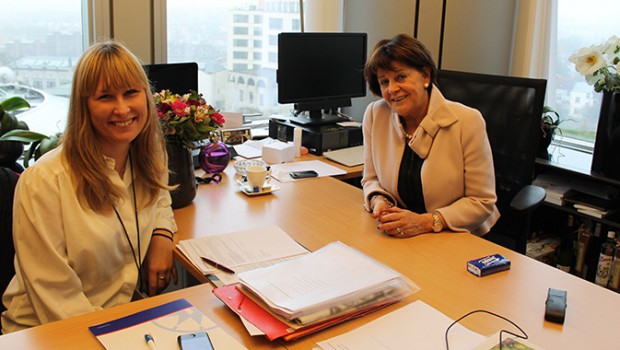 “Many Think That Europe is Responsible for the Crisis. In fact, Europe is Solving the Crisis.” Interview with Ria Oomen-Ruijten, Dutch MEP

For the upcoming European elections which do you think will be the most important issues for the European citizens?

To give them new confidence. Many citizens think that Europe is responsible for the crisis. In fact Europe is solving the crisis. If we wouldn’t be united, then the effects would have been absolutely worse.

Concerning migrants and the fact that Europe should not only regulate their entrance but also making use of their potentials and talents, as well as successfully integrate newcomers. What are the EPP Group’s recipes?

We need European policy. People from third countries, when they work, they should benefit from the same social security as cross border workers and internal workers. We shouldn’t start an unfair competition between third country people and our own people. That means guarantees for fair wages and guarantees for social security. This is already European legislation and this is also the EPP group’s position

And in correlation, what role do you think organisations like UNITEE can play in encouraging political participation and integration of new Europeans?

To stimulate. If there are wrong practices, let citizens, governments and local authorities be aware of situations in which people shouldn’t live. Make us aware of it. Awareness raising is one. But also to stimulate people to do something themselves. UNITEE might give good examples, in order to contribute to a better society.

UNITEE represent New European entrepreneurs and business professionals, many of them with a Turkish background. What you think of the current state of EU-Turkey Relations? Which are the most important links in between the EU and Turkey?

We need to not only negotiate on chapters to realign Turkish legislation with European legislation, but also work towards fulfillment of the Copenhagen criteria. Turkey should have a well-functioning democracy, which needs a system of checks and balances, the rule of law and an independent and impartial judiciary. They should recognize equal rights, not only by legislation, but also in the minds of people. But also individual rights, religion, free press and media, because that is at the heart of the European cooperation. I think it is of major importance that Turkey goes on with reforms. We now have to introduce the new democratization package, but there is more to do on modernisation of the country. If Turkey wants to bring prosperity even to the region, then there must be a master plan to involve everybody. To start with a new era in relations is absolutely important.

And what is the future for EU-Turkey relations?

Reforms should come up faster. I am a bit worried about the freedoms of the media, the media structure in the country is not as it should be. There is self-censorship and media are owned by big conglomerates, who have their interests in textiles, in energy, in construction, and use the medial exposure. That is not a healthy situation. We should have reforms.

But if you look at Turkey’s population, it is a booming country. Turkey has a young population, mostly well educated, and when we look at the demography in Europe we see that we are a turned down pyramid and we have a population where more than one third is above 50 years, so we need each other, absolutely.

According to the latest Transatlantic Trends Survey, both Turkish and European public support for Turkish accession to the EU has decreased. Is the financial crisis a real reason for these mutual feelings, or are there further underlying causes? How should the problem be addressed?

First of all, as the economy is booming, Turkish citizens are more self-confident and they ask, why do we need Europe? Second, when something goes wrong it is not Turkey but it is the European Union, who is responsible for it, between brackets, and this is quite often said. Then it is logic that Turkish citizens think “we can do it alone”. But there is still a majority of Turkish people who think it would be good to be a member of the European Union. In the European countries we have the same problem. Why do we need Turkey?  We are already spending so much money? We need solidarity in the Union, and I think that national politicians do not want to say that out loud to the citizens. That is a mistake also in our European countries.

While Euro scepticism is raising, the European elections will give the population a chance to decide on Europe’s future and the direction that Europe will take. What do you think has been lacking in the communication process, of for example the advantages of Europe, and what Europe can bring to its citizens? And how can we make this communication process more effective approaching the elections?

If a prime minister goes back to his country after a summit, if something is good for that country, it was he or she that realized that. If it was bad, it was all the other Europeans. If you don’t have another perspective for your citizens, then I can imagine that citizens don’t like Europe and blame Europe for everything. We need national politicians and national governments to tell that clearly. But we also need organisations – for instance trade unions, entrepreneurs and NGO´s – to tell what the benefits are.

Share the post "“Many Think That Europe is Responsible for the Crisis. In fact, Europe is Solving the Crisis.” Interview with Ria Oomen-Ruijten, Dutch MEP" 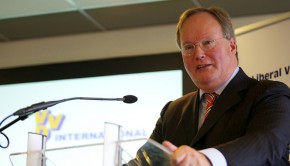 “An Accession of Turkey to the EU Should Happen if They Are Ready. I Say Let Us Work Hard – It Will Take Time, But Let Us Take The Time” →