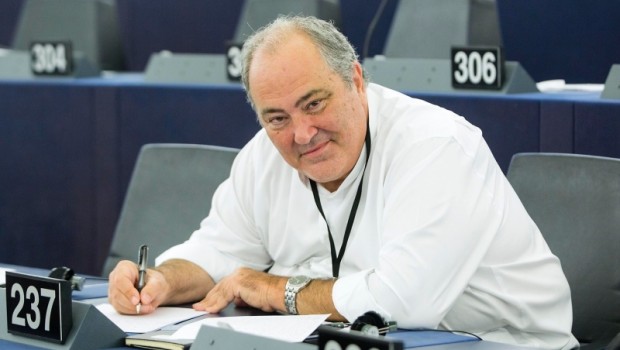 After a long career in the city of Rome and in Italy in general, where he covered a series of high level positions in the Italian Democratic Party, Goffredo Maria Bettini is Member of the European Parliament since May 2014. UNITEE interviewed him on various topical issues such as the rising Euroscepticism and the effects of the economic crisis especially on the SME sector.

First of all the attitude of the people towards the European Union can be analysed by considering at least two main aspects: the first aspect consists of the way in which young people look at Europe. This gives us a certain hope concerning the European project because the new generations are born within the frame of the rights guaranteed by the EU, like free travelling between Member States, for some of the Countries using the same currency and experiencing the right of studying and working abroad through community programmes like the Erasmus and the EURES network. These rights are nowadays considered habits by young people and seem to be greatly appreciated and positively evaluated especially by those who benefit from them. On the other hand, there is indeed a strong sense of distrust, disillusion and distance which, however, does not refer to Europe in general but rather to the EU institutions.

The rising Euroscepticism is a consequence of three main factors. The first one are the austerity measures that have taken place in the past few years, reducing the life standards of many European countries and leading to unprecedented peaks of poverty. The welfare state has been reshaped through deep cuts. Although I completely agree that public spending must be managed very accurately and must be strictly supervised, we must also take into consideration that these measures reduce the support towards families and that the European welfare system should be safeguarded, as it represents one of the biggest conquests of the 19th century.

The second aspect is that Euroscepticism is mainly a consequence of the fact that Europe is still incomplete – we created a monetary but not a fiscal and political Union, fostering thereby instability.

The third aspect that I want to highlight is the necessity of a series of institutional reforms to make sure that the democratic bond between citizens and institutions is not as weak as it currently is. It is important to explain thoroughly the different functions of the European Institutions and to fight the conception which depicts the EU as synonymous of bureaucracy, inefficiency and burden.

Finally, if Europe moves from austerity to growth, from an integration process mainly based on economic reasons to a true political integration process shifting from an intergovernmental model to a federalist one, making the democratic quest a central aspect it will be able to fight effectively against Euroscepticism. This is very important because nowadays we are competing on the global scene with emerging as well as consolidated regional systems, which in many cases have the size of continents, and we must ensure that Europe is united and able to talk with a single voice.

The European elections in May showed that the electorate wants a clear change in direction from the austerity measures of the past years. How do you think these influence SMEs and which alternatives would you consider appropriate and feasible?

Considering that the whole productive structure of Italy, for example, is based on the SME sector, this is a very relevant question. The development of SMEs has been the engine of Italy’s economy making it the second largest exporting Country in Europe. It is dramatic that 25% of the Italian SMEs have disappeared over the past few years, creating unemployment and thus a reduction in consumption, starting a vicious circle from which we have not yet recovered.

As a consequence of this unemployment is constantly rising especially among young people.

In order to manage this situation various measures at European level should be taken into consideration. The first one concerns favouring the access to credit in order to foster entrepreneurship and thus innovation and creativity besides supporting the existing SMEs system, which is facing a serious struggle between global competition and the shrinking consumer’s demand within our national market. I am convinced that people are eager to work and keep on producing, especially in the SME sector, but they need to be given the chance to do so.

The second one concerns a supporting strategy for SMEs at European level, which are now facing a more and more striking competition within the European single market even from abroad where competitive advantages are frequently determined by the cheap cost of labour. Without a European strategy, competition risks to become unbearable for SMEs.

The third one should commit Member States to invest more resources for the internationalisation of SMEs. We have to strengthen the SME sector by focusing on innovative and brilliant enterprises that produce employment and help them compete on the international markets.

In your experience as an MEP, you focused a lot on humanitarian issues. What can be the role of Europe to guarantee human rights protection?

What we need to understand first is that the increase of migratory flows is a direct consequence of the globalization phenomenon. The current situation of the EU has been foreseen by the Italian poet Pier Paolo Pasolini in 1964 in a very famous poem of his called “Profezia”. In that poem he imagined Europe ending up in a stagnating situation from which it could recover only by integrating foreign populations who would bring change and innovation.

Migration is a historic process that we need to accept and appreciate figuring out a way to manage it. There are macro- and micro-examples which have characterised the approach towards migration throughout certain historical periods and that prove that migration has been a source of wealth and not a menace to our society most of the times. On the macro level, the manpower that migration brought to Europe has been fundamental for industry and manufacturing in general. On the micro-level, especially in Italy, immigrants are currently doing the jobs which many Italians nowadays seem to be neglecting as, for example, caregiving or manufacturing.

I think that all Member States have to take a common set of actions towards asylum seekers, refugees and that a common policy on migration at European level must be put in place with urgency. How can Italy, Spain or Greece face a humanitarian emergency like the one we are currently witnessing, alone? All European Countries must guarantee human rights enforcement and embrace political responsibility. If Europe wishes to effectively take action, it must start having a strong external action and collaborate with third world Countries national governments to help prevent such crises but it should also take a common responsibility on the handling of these crises and especially towards the people who reach European coasts seeking for freedom and prosperity.

Europe needs to have a long-term strategy in its international standing and acknowledge that it cannot keep the burden of such emergencies on single Member States which, due to proximity, are the ones who face most of the disembarkments. In a world like ours which is more and more polycentric, Europe needs to develop strong multilateral relations and foster diplomatic dialogue with all international actors to manage humanitarian emergencies but also to manage regular migration fluxes.

How do you think the recent election of Federica Mogherini as High Representative for Foreign Affairs and Security Policy will influence the European Union’s external action?

We have to recognise that Ms Morgherini did an excellent audition when she started her mandate. I have known her for some years now, we were cooperating in the secretariat of the Italian Democratic Party in 2007. Back then, she already showed great diligence and competence. She has grown a lot in terms of authority and prestige.

She is a woman of great honour and she will do an excellent job as a High Representative. I am confident that she will be able to handle at best all crisis situations and that she will not repeat the mistakes that have been made in the past such as trying to isolate Russia disregarding the importance of diplomacy in intra-state relations.

Share the post "“People are eager to work but they need a chance to do so”. Interview with MEP Goffredo Maria Bettini"