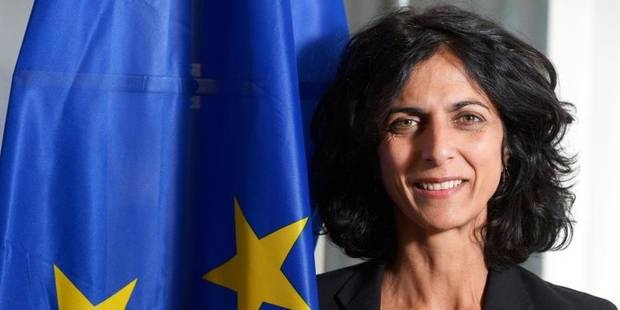 After having cut her teeth in European Institutions, especially on the field of structural funds in the framework of corporate conversion, the Belgian MEP Marie Arena (S&D), decided it was high time to shake things up in the Belgian political system. Approached by the Belgian Socialist Party (PS), she was quickly appointed Advisor on Vocational Training.

A successful career was about to start. Appointed Minister of Employment and Training, Minister of Education and Federal Minister for Social Inclusion and Asylum Policies, Arena addressed each mandate with the same passion, this unbreakable will to make things change. Unfortunately, weary of the communitarian situation in Belgium, Marie Arena felt the use of her skills would be optimum at the European level. The circle is complete.

Why have you chosen to embrace a political career at the European level?

Europe is at the heart of a huge policy-making machine, the Rule of Law, from which come almost 80% of current Member State regulations.  It is a pity that a number of national political parties are still neglecting the Rule of Law and the European Democracy principles’ impact. But it is not too late. We are in a transition period and it is up to us, MEPs, to gain back citizens’ trust in the European Institutions, putting the emphasis on respecting their expectations and needs. It is a real fight for the future that I am very proud to be part of.

What does Equality mean to you?

There are two different, yet intertwined, types of equalities.

The provided-by-law equality. We must fight for women to have the same rights as men. This type of equality is obtained through a thorough and comprehensive revision of law corpuses, from which every gender-based law has been adapted on a gender-free basis.  Luckily enough, this state of equality has been achieved in many European countries, despite the fact that, today, some things still need polishing up and updating.

The real equality. Sometimes, theory is hardly put into practice. Even if it is provided by law that men and women are equal, the current state of things proves us that it is still not the case. These inequalities are found, sadly amidst many other examples, in the access to education and to the labour market.

Equality means a perfect harmony between laws and facts. An ideal society would, obviously, make a difference between a man and a woman – we are different; but where we could live in a balanced and harmonious way. Not taking more than a half of a population is nonsensical. Things have changed and women’s insight and input in societies are not to be neglected.

What role can men play in tackling gender inequalities?

Equality is only achievable if built hand in hand with men. Feminists have too often been pictured as man-eaters, it is not the case! Women want to be with men in a society that does not tell the difference between having a male or a female co-worker or employee. If it were not for male Members of the European Parliament, to only cite them, who have passed a law on quotas in political bodies, none of what we have achieved would have been possible. Their support, recognition and advocacy is crucial to move forward.

You mentioned quotas. Do you believe they are a long-term solution to tackle this gap?

First of all, it is important to stress that, no, implementing quotas will not cause job losses for men – there are more than enough men about to retire before this transition goes as smoothly as possible. Of course this demands an upstream work, otherwise putting up with a new law, trying to respect it, could result in a simple arithmetical logic. Which is not what we are fighting for, nor want.

Regarding quotas, they are the least bad short-term solution.  It is astonishing to note that it took almost thirty years for the rate of graduate women to be higher than men’s, and yet they still are underrepresented in top positions. Should they wait another thirty years to reach them, it sends a very negative message: there will always be a man before you.

A greater effort should be made to put an emphasis on meritocracy, gender equality is nowhere near meaning taking over a man’s job. Let us bear in mind competences, skills and aptitudes.

What is your position on tackling the gender pay gap?

Quite often, the core of the problem lies in the salary negotiation. Either because the employer considers that there is no need to negotiate such matters with a woman – which is illegal; or because a woman thinks she is not allowed to have her say merely because she is a woman – caused by a gender-based work vision. Some women’s inability to negotiate their wage, just because they get some flexibility to take care of their child(ren) is simply outrageous. Today, 80% of childcare is up to the mother. An equilibrium between private and professional life should be better thought through.

What message would you want to tell futures generations of women?

Too often, I have the feeling that they take everything they have for granted, up until the day they are to deal with the reality of maternity, of the labour market. I want them to speak up, have their voice heard and their rights maintained. Our mothers, our grandmothers fought for them, my generation tries to follow-up, the future is in your hands, do not rest on your laurels.

Share the post "‘The future is in your hands, do not rest on your laurels.’ Interview with MEP Marie Arena"