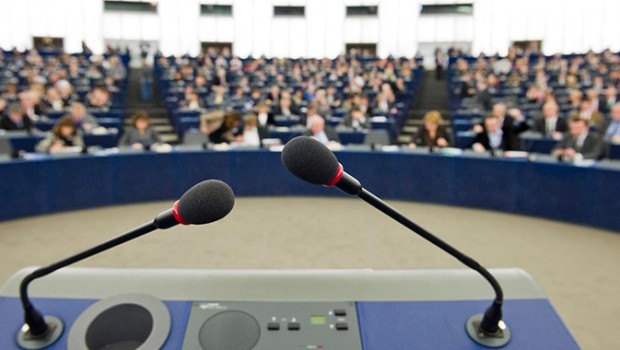 Markus Ferber is a German politician from the EPP. He is an MEP since 1994, and has just been reelected for the fifth time. He chaired the CSU Group in the European Parliament from 1999 to 2014.

The elections are over. The representation of extremist parties has significantly increased. Especially the election results in France and the UK have been shocking. What do you think is going wrong in Europe?

A lot of things are going wrong. Firstly, we have a communication problem. Europe hardly benefits from its accomplishments. If there are successes, Member States claim the benefits, if something goes wrong, they blame it on the EU.

On the other hand, the Commission has given much reason for criticism. Because, despite the severe financial, economic and sovereign debt crisis, they seemed to care too much about unimportant details that could have waited, in light of the circumstances.

So, a lot of confidence has been destroyed.

The purpose of this new legislative term is to get Europe back on its feet. We have to concentrate on the essential. Relief businesses and states, and thus also citizens, while, at the same time, simulate growth. We have to win the competition at a global scale, not only within the EU.

If we manage this over the next five years, we can also win back trust from the citizens.

Jean Claude Juncker will most likely be the next President of the European Commission. Is that a good thing?

Of course! The Parliament has won. This is a strong message in view of the democratization of Europe.

If the Council had won, saying that they had indeed accepted that the EPP is the largest political group but not accepting our leading candidate Jean Claude Juncker, a lot of trust would have been destroyed.

It would have looked like the EU Parliament has nothing to say. So, I am very happy that a clear message was sent by the rapid concentration of Parliament behind the winning candidate. The nomination of Mr Juncker is the EU Parliament’s victory over the Member States.

Not an easy win, that is for sure.

For a long time, you were a member and Chairman of the Young Union. Youth unemployment is one of the main challenges of Europe today. What can Europe do to improve this difficult situation?

What can the EU do? The key question.

I do not believe that we solve the problem by spending money on organising conferences in the concerned countries. This might create jobs in hotel and convention industry, but not the kind of jobs young people need.

I think it is all about having a healthy SME sector and decentralised supply chains. Only these can provide decentralised training and create jobs.

Especially in Southern European countries, we have to reform the regimented educational and vocational training systems.

As a German, I do, of course, think about our dual training system, but it does not always have to be the German model. You just have to change this purely regimented system, for example, by implementing operational technical training.

These promising models should be funded more by the EU.

People must acquire qualifications they can use, especially in their own countries. It makes no sense to trigger a large wave of migration and make young people leave their home countries to find jobs elsewhere. This is not the right approach.

Here, in Europe, we have to ensure young people have a perspective and chances at home.

Traditional resumes also change. It hardly exists anymore that people have the same job throughout their whole life. We have long introduced the concept of ‘lifelong learning’ at the European level.

It is always important to continue to qualify and learn new skills. Nowadays, this is required by the labour market and the constant innovations. Workers need to be flexible.

This is also the case in southern European countries.

Problems do not only concern young people but also skilled labour. They also need constant training in order to be able to face new challenges. The SME sector is the driving factor here.

Unfortunately, they get little support in doing so and I see a great need for improvement in this aspect. But not all of it can be done by the EU.

The Member States need to pull their weight too. For example, through taxation benefits, where you can deduct expenses such as in operating expenses and the like, simply to create incentives. And that is what business is all about: you cannot be competitive if you do not innovate, if you do not recognize new trends.

Competitiveness is crucial in the world market. It is not about Greece competing with Portugal, but Europe being able to keep up with Asia, the US and Mercosur.

If today a Spanish, Greek or Portuguese company wants to buy a new machine, they have to pay an interest rate of 6 to 6.5 percent. In Germany and the Netherlands, it would be under three percent for a five-year funding. This unjust lending opportunities are problem number one.

Problem number two is to find people who can operate the machine. In regimented educational and vocational training systems this is difficult.

And problem number three is: Can the machine produce products that can be sold not only on the local but also at the regional and international market? For example, as a supplier or as a link in a European value chain.

These three challenges need to be solved. This is not a question of softening the austerity policy, but of an intelligent use of what has been agreed on in the treaties. It is written nowhere that support for SMEs has to be cut. However, it has to fit into the overall concept.

What worries me is not is not Greece, Portugal and Spain that have carried out reforms, but that France and Italy now want to make more debt without implementing reforms. This is of course not the bases of the Stability Pact.

TTIP is a hot topic these days, but regardless of this special agreement, export and international trade promise enormous growth potential. Where do you see the greatest growth opportunities?

We have two issues.

First, the TTIP. There is great concern among the people. I personally will not support a free trade agreement that eradicates our consumer protection, environmental and data protection standards and legal system.

On the other side, world trade does, of course, represent great opportunities; also for the SME sector. In my region, for example in mechanical engineering, small businesses are world leaders. I used to work in such a company myself.

For them, the European home market is only a base to collect their strength before competing on the global market.

In terms of growth opportunities, I think we totally underestimate the Mercosur area. Even though Argentina is currently in some trouble, Central and South America remain an interesting growth market, also because of the big historical European influence.

We have good chances to be more present in these countries, perhaps even more than North Americans.

The other is Africa. Its rising middle class is interesting for Europeans. We should continue to develop and do not just watch the Asians and leave you the area.

This is neither in the interest of the people nor the environment there.

Share the post "‘You cannot be competitive if you do not innovate.’ Interview with Markus Ferber MEP"