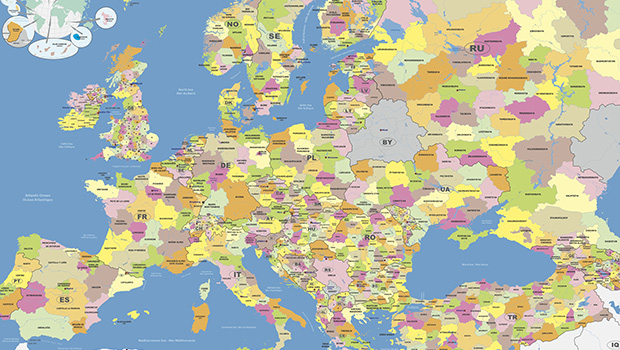 When talking about European politics, the voices that nowadays manage to be heard are scarce: there are the Eurosceptics, because they strongly believe in repatriation, and the advocates of the United States of Europe, because they feel their project is under attack and needs to be defended. And that is pretty much it, as the advocates of the intergovernmental status quo need not make their voices heard.

It results in a very poor and simplified debate, which eliminates the potential richness of the debate on European integration.

For example, has the European public ever heard of a ‘Europe of the Regions’?

The role of EU Regions is completely out of the public debate. If one relies only on generalist journalism, the only significant roles are played by (some of) the EU institutions and the Member States, while tensions run over the triangle of Intergovernmentalism (status quo), Nationalism (repatriation), and Federalism (United States of Europe). (…)

The reason why Regionalism is so under-represented in the daily debate is that it is not an easy topic. The first limit comes from the lack of a clear definition of region. There are physical regions, the borders of which are rivers, mountains, coastlines; their interests can be advocated on very practical bases. On the other side, there are historical, cultural regions, sources to a warm sense of belonging, but also to pride. It is this ambiguity that leads to a necessary balance between the various interests. (…)

What is, then, the real Europe of regions? The Europe of regions didn’t use to be a dream: it was a plan. And a very ambitious one: it sought to harmonise decentralisation policies among very different institutional systems (to name a few, Paris-centred France, regional Italy, Federal Germany), thus bypassing the Member States’ monopoly on their internal affairs. The supporters of a ‘Europe of Regions’ were many and diverse, which led to temporary victories and most probably also to its implosion. The general idea was to decentralise power.

(…) For Federalists, if European regions would have had a role in the Council they could have challenged the States’ institutional assets and transformed the European landscape into something different from our current national States panorama.

For minority nationalist parties, on the other hand, the objective was to create a political space of manoeuvre within the nation state. Since central governments were (and still are) hostile to independence instances, a ‘Europe of the Regions’ was seen as a perfect tool to negotiate powers with a supranational institution that certainly had less reasons to deny their right to autonomy.

Thanks to such an extensive alliance, regional policy became one of the main features of European policy, culminating with the establishment in 1994 of the Committee of the Regions, thanks to the entry into force of the Maastricht Treaty.

Since then, perhaps surprisingly so, things have been deteriorating for the Europe of regions. The Committee has become an institution that issues recommendations often ignored or hampered by the excessive politicisation of its structure. The Commission’s regional policy has not developed, as regionalists hoped, into a somehow federalising mechanisms. Regional offices sprouted in Brussels (there were some 250 as of 2013), but their scope is very often limited to lobbying and facilitating the access to regional funds.

If we are to try and foresee possible evolutions of the EU in a regionalist sense, we should understand why this strategy has so far failed. One easy guess may be that the instances and aims within the regionalist camp were far too diverse.

Minority nationalist parties (Scottish National Party, Convergencia i Uniò, Nieuw-Vlaamse Alliantie) traditionally supported a ‘Europe of regions’. But in reality, these parties have always been supporters of something we might call ‘Europe of smaller nations‘.

And yet, the existence of a Greens-EFA (European Free Alliance, the European group of most minority nationalist parties) common group in the European Parliament in the last legislative term (2009-2014) shows that a loosely common vision has lasted for a long time. It is only now that EFA parties have started to let go of any support to the European Union. Combined with the repatriation of the other minority nationalist parties (which never joined the EFA) back to their local community, the very existence of a European-wide “Party for Autonomies” is jeopardised. (…)

With the European Federalists now trying to overcome nation states while keeping them as constitutional units of a European Federation, and with the EFA dissolving into a stardust of increasingly Eurosceptic local parties, a real future for regional Europe is nowhere to be seen.

In order to overcome the current stalemate, federalists should not leave regionalists instances unattended, nor let ‘smaller nationalists’ and Eurosceptics transform a discourse on the deconstruction of current nation states into a struggle to construct new ones.

It may be mistaken for cheap ‘millenarianism’: ‘a regional Europe, or no Europe’. This is patently not true, but mistrust towards the EU is growing. The feeling is that European leaders are increasingly choosing the repatriation path, because that is where the votes are going, and because changing the institutional assets of the EU is much harder.

Yet, we should be aware that such a path exists: there is a political niche that federalists could and should occupy. This solution might be unrealistic given the current political and social environment, but it is not a utopia; it would take some hard de-construction, and some even harder re-construction, of our political categories and constitutional units. But in the current, oversimplified, European debate, public opinion should know that there are more alternatives, out there, than those dreamt of by our politicians.

Regional Policy
Regional Policy is basically an “investment policy” that promotes job creation, competitiveness, economic growth, improved quality of life and sustainable development, as mentioned in the Europe 2020 strategy.
New European (Parliamentary calendar)
The annual calendar of the European Parliament, where you can find all the voting sessions and various meetings the Members of the European Parliament must attend. Click here to have a look at the 2013 calendar.
New European (New Europeans)
People with a migrant background, who live and work in a European country and, in most cases, do not intend to go back to their country of origin. Their future is, rather, in Europe
Eurosceptics
Those who criticize the European Union (EU) as being too bureaucratic and/or undemocratic, or even not viable. Some of them actually strongly oppose the deepening and widening of the EU.
UNITEE
UNITEE represents entrepreneurs and business professionals with a migrant background, most of them of Turkish descent, and whom we refer to as ‘New Europeans’. http://www.unitee.eu/