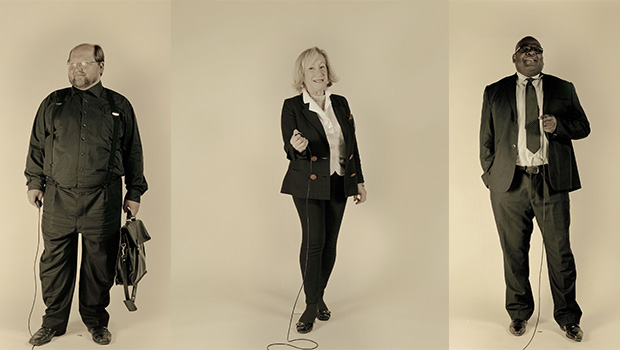 One of the most difficult things in photography is taking portraits: capturing people as they really are while at the same time showing their best side. Few are normally happy with the results, especially when they are public figures like politicians. How to overcome this? By letting them take pictures of themselves!

The results are now visible in Polish photographer Wiktor Dabkowski’s series ‘Selfie’. Due to his privileged position as an accredited photographer, he was able to install a small mobile studio at the European Parliament for three months and asked politicians to take selfies. Around ninety of them accepted and the outcome was surprising, funny and real.

Many politicians were in favour of the idea and regarded it as a chance for them to portray themselves just the way they wanted. The result was highly enjoyable thanks to those unsaturated photos taken against a flat background.

The technique of a selfie is now used by many: teenagers, adults, stars and politicians. Think about the Oscar’s ceremony, when host Ellen Degeneres gathered various stars, like Bradley Cooper and Julia Roberts, and succeeded in achieving the most shared tweet in history. Even the White House has not been excluded: Obama’s selfies with politicians and normal people had huge media coverage worldwide.

Susy De Martini, Bernd Posselt and Jean-Jacob Bicep are just some of the politicians portrayed. Some look at the camera, some try to hold their breath to get a flat belly, some display a political sign, and others simply smile. Surely, none of them look the same as in glossy newspapers or on political billboards. Dabkowski has managed to put politicians on an equal footing with the rest of society.