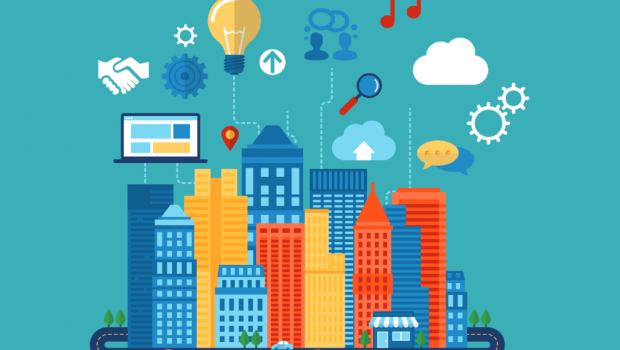 Of all facts regarding our time, one is especially relevant: we are living in an urban age. Already half of the world population lives in cities, and this percentage, according to many observers, will rapidly increase: urban population is even expected to double by 2050. Such a fact is what prompted the United Nations to declare the 31st of October as “World Cities Day”: the future wellbeing of humanity depends a lot on how our cities are managed. Local policies are the building blocks of global decisions, and have to be regarded as such.

The growth of cities brings as a consequence many challenges and problems, ranging from sustainability to inequality, as it is strikingly evident in the developing world. But it also shows one, big truth: people move to cities because there they can find opportunities they won’t in the countryside. And this movement holds terrific opportunities for humanity’s development.

In urban areas different individuals, coming from very different backgrounds, meet and exchange ideas, experiences and cultural elements, in a continuous whirl of development. Judging from an historical perspective, cities like Rome, Venice, London, New York and Constantinople, which all were the centre of the world in their respective ages, share a fundamental aspect: their wealth came from their openness and diversity.

This is even truer in today’s knowledge-based economy: where innovation is fundamental to succeed, cities have a real strategic advantage, since they connect people and foster ideas, thus pushing economies forward. The more a city is able to appeal to the best talents from abroad, the more competitive it gets. The more a city is able to create the best environment for diversity to bloom and grow, the more it will open the way for the future.

In such an environment, Europe’s chances look mixed. The old continent has undoubtedly its fair share of strengths, given its old and fruitful urban tradition. But for these strengths to bear fruit, tradition has to abide by today’s new rules. As a matter of fact, Europe is an increasingly multicultural, diverse continent. The temptation for many, politicians and citizens alike, is to discard this diversity as a risk and a danger, and close itself into a comfortable uniformity. But doing so would deprive Europe of the rich waves of innovation and rejuvenation it so desperately needs.

European cities, then, have a fundamental role in bringing about Europe’s Renaissance: if it is normally at the local level that the risks of multiculturalism and diversity are felt, it is also there that its value added is more easily perceived. The task for today’s cities is to minimise the former and maximise the latter, while creating a sustainable, vibrant society and a liveable environment for all.

The current issue of this magazine, aptly named Divercities, aims at identifying how European cities are meeting the interlinked challenges of diversity and competitiveness. In the following pages, the word will be given to a series of scholars, practitioners and policy makers, all active in different forms at the local level. Their contributions will, on the one hand, analyse the reasons the “urban factor”, i.e. the connection between diversity, closeness and innovation so typical of urban environments; and on the other, present some innovative approach and practices of diversity management in cities, which have proven particularly successful in favouring local development.

All together, the articles in the following pages will tell a story based on a clear assumption: if cities are where the future is built, they have a fundamentally strategic role, which has to be recognised and correctly dealt with. Our cities, big and small, are on the frontline to lead real change and improve the lives of all their citizens. Is Europe ready to become a continent of Divercities?