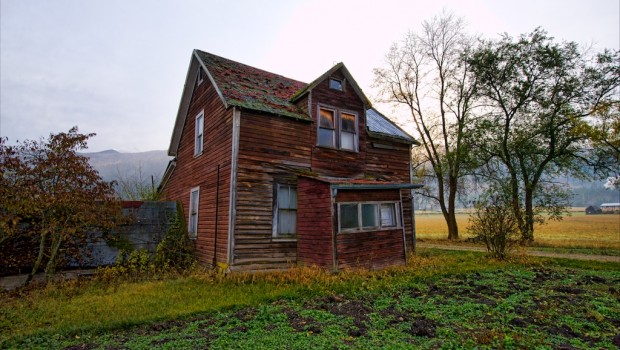 The economic crisis has given Europeans little cause to dream in recent years, with poverty and inequality rising as a consequence of economic distress. Moreover, the rise of far-right politicians intending to ‘protect’ the general public against problems that they have metaphorically linked to natural disasters, ‘tsunamis of immigrants’ and ‘tidal waves of EU legislation’, may have kept even more people up at night. Still, it would be good to remember what Europeans used to dream about.

Former Soviet leader Mikhail Gorbachev once referred to the European Dream as a common house in which all of its people with their different cultures could coexist under the same roof: a common European home.

This dream arguably dates back to 1945, when the Allied forces ended WW2’s bloodbath. A collective desire arose to do away with the ‘balance of power’ that had kept the continent in a suffocating stranglehold. Furthermore, the rise of two new superpowers made Europeans realise that it would only have peace and prosperity if it worked together.

In 2004, US social thinker Jeremy Rifkin defined the European Dream as the mirror opposite of its American equivalent: “The American Dream puts an emphasis on economic growth, personal wealth, and independence. The new European Dream focuses more on sustainable development, quality of life, and interdependence.”

Based on Rifkin’s definitions of the American and European dreams, you might think that their societies are as different as day and night, but this is not the case. In fact, Europe has grown more similar to America in the past decades.

It all started with a woman named Margaret Thatcher. When she entered the scene in the 1970s, she introduced a neo-liberal dogma to the continent that closely resembled the one across the Atlantic. Her policies based on profit maximisation had a deep and lasting impact on European business culture. As society became increasingly polarised, conservative politicians religiously defended neo-liberalism by ascribing decreasing social mobility to the ‘fecklessness of the poor’. Last year, British Prime Minister David Cameron reiterated this sentiment by implying that the lack of upward mobility was due to ‘the lack of ambition of poor people’.

In addition to the corrosive effects that neo-liberalist thinking had on equality and social mobility, it caused a fixation of the political élite on the economy and growth figures. All was right with the world as long as GDP figures were going up. This logic created a situation in which companies and banks could become bigger than states and the irresponsible speculation of these banks stood at the base of the system’s collapse.

Ever since Thatcher, the house that once was the European Dream started crumbling and GDP figures acted as a layer of paint masking its rotten construction. The recent economic crisis was the fierce gust of wind that it took to blow away the façade and expose the neo-liberal ideology for what it really is: an inherently unequal system.

The economic crisis should have been an eye-opener, but people at the top have frantically tried to glue the broken system that has served them so well. Bankers that had plunged society into an economic catastrophe were protected by the politicians who had made them become so powerful in the first place. At the same time, people struggling to make ends meet were preached austerity by that same political élite. It is not hard to imagine why citizens turned their back on politics and started to think that the European Union was a union for banks and not for the people.

Europe’s austerity policies have disproportionately hit people in a disadvantaged position. All over Europe food banks use is increasing and a staggering 125 million citizens, a quarter of the EU’s population, are currently at risk of poverty or social exclusion, according to Eurostat. In-work poverty has become a European phenomenon meaning that countless people, as Owen Jones has rightly pointed out, ‘get up in the morning to earn their poverty’. Meanwhile, the richest incomes have barely taken notice of the crisis and in many cases even managed to accumulate more wealth. If the European Dream is truly about sharing the wealth, then what we are currently experiencing must be the European nightmare.

Austerity did not destroy the European Dream; it only made painfully clear how little was left of it. In times of uncertainty, you can count on right-wing populists to emerge and fill the vacuum with scaremongering stories. ‘In the past our politicians offered us dreams of a better world. Now they promise to protect us from nightmares’, Adam Curtis observed in his documentary The Power of Nightmares.

To get rid of these bad dreams, politicians will have to offer hope to their people, in the form of a living wage that would lead to more money being spent in the economy and, most importantly, effectively put an end to in-work poverty; in the form of higher taxes for top incomes to make them pay their fair share to society and counter the ongoing social polarisation; in the form of an affordable child care system that would increase the employment rate of women and therefore gender equality; in the form of a green economy focusing on renewable energy and sustainable development.

Instead of desperately trying to rescue a system that will always act as a constraint on equal rights and opportunities for all, politicians will need to wake up and fight for the thing that is really worth preserving: the European Dream.

This post was originally an article published in issue 2 of UNITEE’s new magazine, The New European, dedicated to analysing the European Dream and the ways to revive it. The complete online version can be read for free here.

GDP
GDP estimates are commonly used to measure the economic performance of a whole country or region, but can also measure the relative contribution of an industry sector.
Austerity
Governments spend less in order to reduce budget deficits.
New European (Parliamentary calendar)
The annual calendar of the European Parliament, where you can find all the voting sessions and various meetings the Members of the European Parliament must attend. Click here to have a look at the 2013 calendar.
New European (New Europeans)
People with a migrant background, who live and work in a European country and, in most cases, do not intend to go back to their country of origin. Their future is, rather, in Europe
UNITEE
UNITEE represents entrepreneurs and business professionals with a migrant background, most of them of Turkish descent, and whom we refer to as ‘New Europeans’. http://www.unitee.eu/