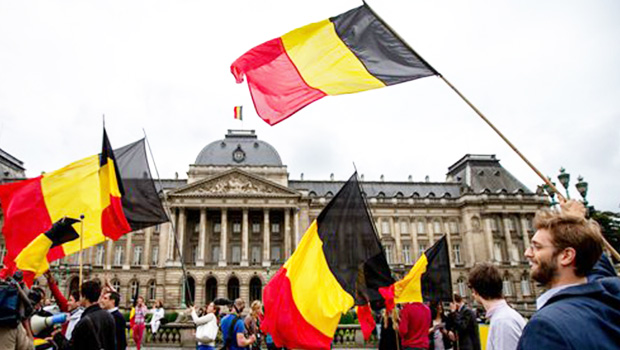 Not French, nor German, nor even Dutch. But who are the inhabitants of the tiny country that lies in-between two mastodons, namely France and Germany? Simply Belgians? It is a bit more complicated than that.

Before her independence in 1830, Belgium faced a number of invasions, and was, for centuries, under the yoke of great military powers. Once Spanish, then German, Austrian, French and Dutch, to eventually Belgian, all these invasions brought into Belgium some je-ne-sais-quoi, this little something that make Belgians stand out. However, the drawback of the melting-pot that defines this “flat country” culture, it is hard to find one of one’s own. But the Belgians did it – The Belgitude.

The Belgitude is the very Belgian self-mocking way of describing their identity that could be seen by many as hollow and ungrounded. There is more than meets the eye to this small, lively and oh so complex country, where identity divergences are raging. Up north, Flanders. Down south, Wallonia. In the middle, Brussels. Each one of them vindicating their own identity.

Torn apart by inner conflicts, Belgians had no other choice than finding a way to fill in the blank and turn this hollowness into something they could be proud of and define themselves as.

Moved by its ambiguous, somewhat paradoxical, yet charming, nature, the Belgitude is shown through Belgian folklore, but also through Arts and Literature – for example, the Belgitude devotedly worships surrealism. Surrealistic artists painted unnerving, illogical scenes, created strange creatures from everyday objects and developed painting techniques that allowed the unconscious to express itself and/or an idea/concept. However on a daily-life basis, Belgians seem to be little inclined to embrace what transcends “normality”.

In spite of its rather paradoxical essence – to say the least – the Belgitude raised a number of issues. The most important of them is that of chauvinism – Belgians could be thought to strongly brag about their one-of-a-kind identity that the world should, to a reasonable extent, envy. Which is diametrically opposed to what they claim: who has never heard a Belgian complain about their French neighbour’s self-fullness?

Belgitude could also be interpreted as a merger of different identities (Flemish’s Bruxellers’ and Walloons’), or worse setting the French-speaking identity (the Belgitude being rather a French-speaking people’s thing) as an identity model for the whole culturally diverse country. The Belgitude falls under an almost mythical need to stand out and differentiate one from another and distance the Belgian people and Kingdom from others that do not share “their” qualities and culture.

To water this all down, just a last kind reminder: the Belgitude’s sole purpose is to embody one people, one strength and one voice. What Belgian did not feel proud to be part of Ol’ Kingdom of Belgium last July during the 2014 World Cup?

Is not cultural identity the reflexion of an alliance and of a feeling of togetherness– even temporary? So let us forget about those silly critics, share a pint of Belgian beer and eat BELGIAN fries yes, Belgian, read this to know why).

Are we not all somewhat Belgians, after all?