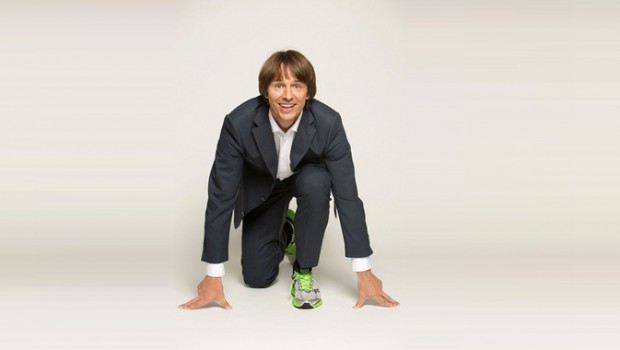 Indeed, the European Parliament is currently based in three different locations: Strasbourg (France), Brussels (Belgium) and Luxembourg. While the offices in Luxembourg host the General Secretariat and translation services, MEPs attend most preparatory meetings in Brussels and meet only 12 times a year in Strasbourg, for the voting sessions. According to the parliamentary calendar, MEPs must also spend time in their respective constituency to maintain contacts with their electorate.

Numerous critics are raised on the costs, waste of time and environmental impact of this “travelling circus”. The Greens political group has long campaigned against this multi-seat operation and a “Single Seat campaign” was also launched by a cross-party group of MEPs. This week, the European Parliament’s constitutional-affairs Committee approved a report asking EU member states to empower the MEPs to decide where and when to meet.

The Czech MEP Edvard Kožušník chose an alternative way. He ran 1,300 km last summer across his country to protest against this situation. “As an MEP, I spend the entire year working in Brussels and Strasbourg and have little time to talk to my constituents back home. That’s why I decided to take advantage of the summer holidays when the European Parliament is not in session to meet with people in Bohemia, Moravia and Silesia,” said the MEP in an interview for the European Conservatives and Reformists group.

But last week again, the 766 MEPs, their assistants, parliamentary staff and interpreters, journalists and lobbyists travelled from their home or Brussels to Strasbourg to attend the October plenary session.

No other assembly in the world has more than one meeting place. But Strasbourg is the “official” seat, as stated in the treaties. And a treaty change would require unanimity. Most French MEPs, however, are not ready to let go Strasbourg, for its symbolism and for the economic benefit of hosting one of the most important EU institutions…