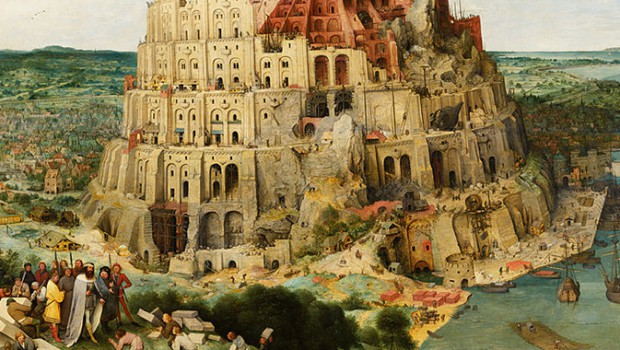 Europe has a new common language, Europanto, made by mixing all European languages. Is it just a game, or can it be the future?

Kaputt. Acquis. Siesta. Spaghetti. These are just some examples of words that, even if enshrined in some specific European language, have become fairly universal and understandable by all. So what happens when the same principle is applied to a whole language?

This is the question behind the most sensational language you will probably ever hear: Europanto. Invented in 1996 by Diego Marani, writer, interpreter and linguist, who at the time was working as a translator at the Council of the European Union, Europanto is built by mixing words coming from different European languages. The name itself is a neologism, deriving from the prefix Euro- and the greek panta, meaning “all”.

But how does it work? It is pretty easy: to speakare europanto, tu basta mixare alles wat tu know in extranges linguas.

It doesn’t have to be studied, since there are no fixed grammar rules; it is based on a platform of basic English to which are added words from all European languages, in different combinations and with a good share of fantasy and improvisation. The words are selected among “those international words that every average-educated person understands”, as Marani explained. Therefore, everyone can start speaking Europanto.

It will be more Latinish if an Italian speaks it and more Germanic if it is a German. But, in the end, its extreme flexibility makes it easy for everyone: No est englado, non est espano, no est franzo, no est keine known lingua aber du understande.

There are no mistakes; the only important thing is to communicate.

Far from being a serious language, Marani conceived Europanto as a joke, a geeky game to pass the long hours of boredom at the office: “In our job, we use many different languages. So I thought: let’s see what happens in mixing them up. And I started playing, inventing horoscopes and recipes for my colleagues”. But from the translators’ desks Europanto began circulating: Marani, whose biggest hobby has always been writing, was offered to write a weekly column on the Belgian newspaper Le Soir Illustré, Der Europanto Brikopolitiek. After that, it was the turn of Swiss Le Temps to host Europanto on his pages. A Belgian student even created a website about the strange language andUNITEE%20Stage%204" datetime="2013-10-31T08:58"> enthusiastic letters were sent to Mr Marani from epigones around the world.

The main reason for this success is that Europanto strikes a chord: notwithstanding its creator’s insistence that it is nothing more than an ironic game, his invention has often been thought of as a provocation against the overwhelming dominance of English. UNITEE%20Stage%204" datetime="2013-10-31T09:05">

“When a French and an Italian meet, they speak to each other in a weak English, a language that doesUNITEE%20Stage%204" datetime="2013-10-31T12:00"> not communicate anything”, argues Marani. “Europanto frees us from this poor English, in which non-native speakers will always be disadvantaged, and allows us to simply build our own language, the one that we feel is better for us to communicate, without fear of making mistakes. The result is a conversation which is more nuanced and livelier”.

In other words, Europanto is essentially an experiment, trying to define a common language at the European level- more natural than its older and more cerebral cousin Esperanto. It is, in Marani’s words, “an antidote against linguistic integralism”, focused entirely on communication, not on form and grammar. As such, it perfectly mimics the undergoing natural processes when two individuals speaking different languages try to communicate. Those processes are already evident in English itself, in some international settings: “The kind of English spoken at the EU level is something new and specific, so much that, when British people participate at meetings, usually they find it very hard to understand what is being said”.

That’s why, even if having a universal language will always be utopia, Europanto is not to be considered a totally artificial language either – it is the amplification of something real, and on full course, in our increasingly multicultural and multidimensional Europe. So, we better get used to it.

Inspector Cabillot shows us the way: “How do you say ‘I Love You’ in Europanto?  A. Ich turbo toi; B. Ich amorante van toi; C. Me palpito por toi”.

Esperanto
It is the most famous constructed international auxiliary language. Created in 1887, it has a very simple and regular grammar. It is estimated that nowadays there are around 2 million Esperanto speakers in the world.
Council of the European Union
The Council is the EU institution where the Member States' government representatives sit, i.e. the ministers of each Member State with responsibility for a given area. It is one of the two branches of the legislative branch of the Union, the other being the Parliament. Its Presidency rotates every six months among the governments of EU member states.
UNITEE
UNITEE represents entrepreneurs and business professionals with a migrant background, most of them of Turkish descent, and whom we refer to as ‘New Europeans’. http://www.unitee.eu/