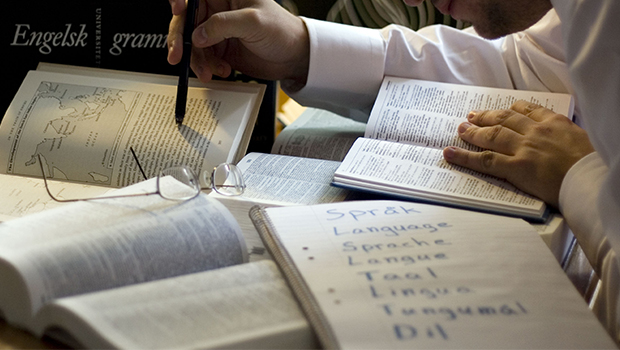 With an armada of professional translators and interpreters on its side, one may assume that language barriers could not affect the European Union (EU), thought to be linguistically bulletproof. Well, truth is translators and interpreters have pretty much of a hard time trying to dissect every aspect of a language. Armed with countless dictionaries and a thorough cultural, social, political and linguistic knowledge on their working languages, they sometimes are confronted with untranslatable words: words with no direct equivalence or translation in another language.

Untranslatable words, what a romantic thought! (Do not read it as chivalry or love story-wise, but rather as the need to go on a quest for undefined goals). There are out there, like undiscovered territories, conceptions of the world that we have not even conceived of.

It is hard to shake off the feeling that, yes, speaking another language makes you see the world slightly differently. From this, two ideas in linguistics emerged.

The first, the Sapir-Whorf hypothesis (though, they have never worked together), is often defined to include two versions. The strong version says that language determines thought processes, whilst the weak version holds only that vocabulary and grammar, and usage influence them.

Putting aside complex linguistic laws and brain-washing attempts to explain them clearly, what is important here is that a language is the standard bearer of all the cultural representations of a community, be they feelings, behaviours or interpersonal relations.

In Europe and to a larger extent, everywhere, untranslatability should not be a barrier to the will of living together. It should be nothing but a way to embrace our common and sometimes not-so-common heritage with unusual words, completing our vocabulary and widening our horizons with new linguistic features.

Here are some examples of untranslatable words. You will see some can express emotions we have all experienced at least once, but without being able to name it – even if you had it on the tip of your tongue.