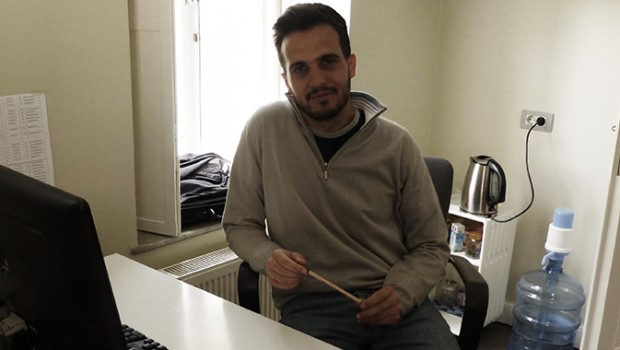 Daniele Volante is a 27-year-old Italian architect who has fallen in love with Turkey. After doing his final University project in Istanbul, he went back to Rome, graduated, and started looking for jobs in the Turkish megacity, the 23rd largest polis in the world. Now, he lives in Asia and works in Europe every day. “The first thing living in Turkey teaches is how to see people from a less Western and European point of view”, he says.

The beginning is far from easy. “The city totally drags you in a tornado of high velocity, mess and stressful overcrowded places but, after some months, you find order where you could only see chaos before”, Daniele explains. Everything follows a precise direction that, only apparently, seems random.

Over time, in his own words, “you understand how to behave, solve problems, socialize with people, collaborate… everything turns out to be easy and you become in love with this big mess because you realize it is pure life”.

Turkey demands hard work, and gives less holidays than other countries, but it still offers rich cultural possibilities: from music and theatre to social happenings.

In addition, European and Turkish cultures are similar; also in the way of working. If there are, sometimes, differences on how to approach problems, these are small ones. “The two cultures are like two sides of the same sea”, Daniele explains, “working in Istanbul is an amazing experience”.

He also believes that we, Europeans, are too closed on our own mental scheme and habits as Westerners. There is a typical attitude of being a bit pretentious and arrogant, of misjudging and criticizing the Turkish culture, very visible in lots of tourists that visit Istanbul daily.

“I really think that Europe is full of prejudice on those who come from the outside. We have convinced ourselves that Mediterranean people are close to German, Polish, French or Finnish people just because they are from the same area, but you cannot create a culture just for a political matter.

Living in Istanbul has made me understand how this idea is weak, and how close we are to the Turkish culture and the Middle East in general. I believe that there is a ‘Mediterranean Union’ made by culture, History, habits… that is already inside of people”, he claims.

When he works on a project, chats with friends or toasts with a beer on a balcony overlooking the Bosporus, he knows that the label ‘European’ is something too small to define a culture that has always lived on two continents.