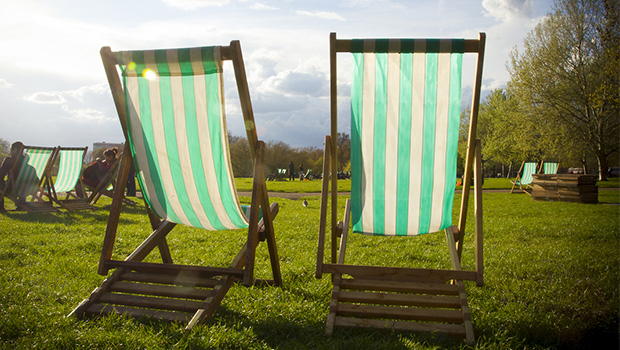 Artificial urban beaches, volleyball playgrounds, music festivals or Berliner rooftop parties are just some of the alternatives inland European capital cities can offer in summertime. Are you aware of the wide range of options you can choose from? There is life beyond summer at the Mediterranean seaside and heritage sightseeing.

Right when most people escape crowded cities like London, Brussels or Berlin, summertime explodes in a very unusual way. So it is so; that which started as alternative options to make summer more liveable in urban spaces has now risen as a primary option for many.

One of the most famous and increasingly popular attractions are urban beaches. Normally by big lakes or by the riverside -as it is the case in German Hamburg, English Camden Town or Austrian Vienna-, several European towns are ready to provide their inhabitants with a sandy and refreshing experience in what feels like an actual coastline inside the city.

And, if you do not like the sand, how about taking a relaxing nap on one of Londoner Hyde Park’s hammocks?

Sportive activities are also a summer highlight to some, which is why many European cities offer special runs, sports tournaments or even riverside regattas. Yet, for indoor-lovers, museums like El Prado, in Madrid, stand as a very attractive alternative to fight intense urban heat.
Vienna is also an example on how to maximise the city’s open spaces: in summer, it is an oasis for barbecues and picnics.

Furthermore, some places have made the effort to come up with something genuine that can be only found there; that is the case of London’s Notting Hill carnival in August, the flower carpet at Brussels’ Grand-Place or its summer medieval festival.

Popular fiestas are a summer essential too, and Europe offers a varied choice, like Spain’s running of the bulls -“San Fermín”-, the Palio in Siena, Italian Tuscany, or Edinburgh’s fringe festival; amongst many others.

And, of course, music festivals. Summer would not be summer if Europeans did not have the chance to camp, listen to their favourite bands and forget about routine during some days a year in places that reinvent themselves in order to become music heavens. Tomorrowland, in Belgium, or Glastonbury, in the UK, deserve special mention.

After all this, seaside sunbathing does not seem like the most exciting way to spend summertime in Europe. Or, at least, it now counts on serious competitors!

Those ones spending their summer working, in places surrounded by pavement and cars, can also enjoy a summery feeling when leaving office hours.

There is no need to melancholically imagine a holiday retreat: it may come to get you instead.