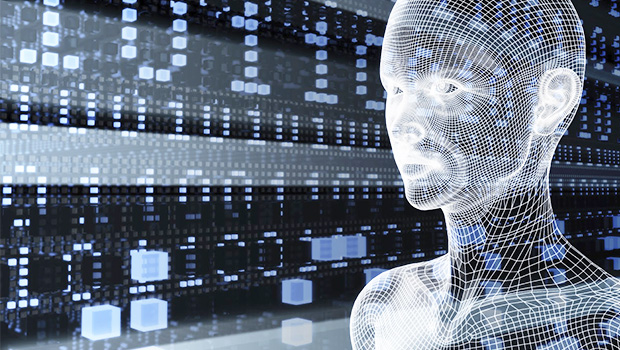 Culture is defined as a highly abstruse concept constantly evolving era by era and perceived differently by social groups. Digital culture is the sum of all cultural objects that exist on a digital platform. The digitalised counterpart of more traditional forms of culture emerges from two different sources, namely digitalisation and digital creation. The world as we know it has undergone tremendous changes over the last decades, but one of the most striking example is the rapid and always evolving digital revolution.

As far as one can remember, humankind has always sought to show its treasures, not only to fulfil whatever aesthetics purposes, but also to ensure the perennial character of our History –for cultures are meant to be passed on from generations to generations, experienced and learnt.

Digital culture aims at fulfilling the same objective. Despite being optimum on paper, however, this process poses theoretical, practical, technical and scientific problems.  When it comes to answering the “what is to be digitalised and what is not” question, it is believed that it is a matter of co-operation between partners (librarians, science experts, ICTs experts, information scientists-museologists). Europe’s history is extremely rich and diverse, and immediately raises the issue of another type of co-operation: a cross-border co-operation.

Digitalising Europe’s cultural heritage, making it accessible online and preserving it for future generations is one of the challenges set up by the Digital Agenda for Europe that launched five years ago its online culture data-base: Europeana.com.

Europeana is a network of more than 2,500 cultural heritage organisations and a thousand individuals who are working hard to make the collections held by European libraries, museums and (audiovisual and ‘regular’) archives available online. Pledging for a win-win agreement for culture, economic growth and individual fulfilment, this is only achievable when digitally available under appropriate licensing conditions.

Europe’s single access point to online culture, Europeana, serves as a means of education, spreading of culture and enhancement of creativity and innovation; it aims at turning Europe’s cultural legacy into a long-lasting culture hub for citizens.

“We have centuries of culture in our pockets – on our phones, on our computers. What we do with it is down to our own curiosity.”

Driven by a deeply felt belief that Europe’s cultural heritage belongs to all of us, the European Union tried to make its dream of “a world where every citizen has access to all cultural heritage” come true.

But how? By connecting widely spread cultures from all across Europe through a unique online platform, driven by one mantra: “culture can transform lives”.

Unfortunately, Europeana is far from having harnessed everything. Truth is 90% of our cultural legacy has not been digitalised yet. However, the 10% that has, represent some 300 million witnesses of our common History captured in books, paintings, letters, photographs and audio-visual materials.  Digitalisation is a way to hand over to future generations a shared interest and have memory institutions get greater visibility, cost reductions and the return they deserve from tapping into such a unique online infrastructure.

On top of fostering Research and Development and giving a voice to libraries, museums and archives, and playing a significant role in the revitalisation of the EU economy especially through uplifting tourism numbers, you, citizen, can benefit from it too. It will allow you to broaden your horizons, your minds and you will be offered the chance to better grasp our common ground: the European History heritage.

Culture is to be understood as a temporal context, societies are evolving, technologies and innovation are being revolutionised. Is it not time we, the people, moved on too?

This is the third and penultimate article from the series of What’s Up Europe articles published by UNITEE on the Digital Agenda for Europe, focusing on different sectors of European society: Arts & Culture, Research & Innovation, Politics, Youth & Education, and Employment, Entrepreneurship & SMEs.

Digital Agenda for Europe
One of the seven flagship initiatives under Europe 2020, the DAE aims to “reboot Europe’s economy” through 101 actions that aim at helping citizens and businesses in the EU take advantage of the benefits associated with digital technologies.
ICTs
Stands for Information and Communication Technologies. The ICT sector makes up 4,8% of the European economy. Under the Digital Agenda for Europe (DAE) and Horizon 2020, investments and developments on ICT research and innovation are currently being tackled by the EU.
SMEs
The category of micro, small and medium-sized enterprises (SMEs) is made up of enterprises which employ fewer than 250 persons and which have an annual turnover not exceeding 50 million euro, and/or an annual balance sheet total not exceeding 43 million euro.
Entrepreneurship (Entrepreneur)
A person who operates a business and takes on many risks to do so. Entrepreneurs are also innovators, coming up with new ideas and interesting solutions. New companies create more than 4 million new jobs in Europe every year.
UNITEE
UNITEE represents entrepreneurs and business professionals with a migrant background, most of them of Turkish descent, and whom we refer to as ‘New Europeans’. http://www.unitee.eu/