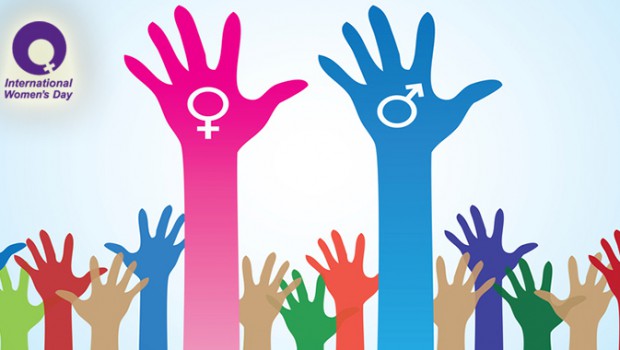 The 103rd edition of International Women’s Day is getting closer. Every 8th of March, the world sets the focus on gender equality and the importance of those who fight for women’s advancement.

In words of the American journalist Gloria Steinem: “The story of women’s struggle for equality belongs to no single feminist nor to any one organization, but to the collective efforts of all who care about human rights”.

The 8th of March must, therefore, be also a reminder of the work that still needs to be done.

Statistics show that women have less opportunities for employment than men. Moreover, just a minority of them reach top positions because of the so called glass ceiling, the invisible barrier that keeps minorities and women from rising to the upper steps of the corporate ladder, in spite of their qualifications or achievements.

Only 16% of the board members in the biggest European companies is a woman; 3% in the case of chairs of boards, and just 32% of engineers and scientists is female. 22% of women are, hence, underemployed and overqualified for their actual job.

Something similar applies to politics. For instance, the current female-male distribution at the European Parliament is now 34% versus 66%.

Domestic politics show a great unbalance as well: on average, less than one in four Members of Parliament in EU Member States is a woman. These numbers and the ones referring to general conditions of women in the labour market are in great contrast with the fact that 60% of all European university graduates are women.

Such inequalities do not only violate fundamental rights, but have a direct impact on the entire society.

Recent studies on this issue demonstrate that fixing these gender gaps in the labour market would trigger economic growth: complete convergence would result in an increase of 12.4% in GDP per capita.

It may thus be clear that, as the official 2014 UN theme states, “equality for women is progress for all”.

Yet, such figures may be a reflection of a much deeper issue. Proved by the existence of gender-based violence and trafficking, or sexist stereotypes in education and culture, gender discrimination occurs beyond workplaces and decision-making processes: it is present in society as a whole. Evidence attests then an urgent need of a mentality change.

Many women find it very difficult to combine their work and private life, as they still tend to assume most family responsibilities, with children and elderly people almost exclusively depending on them, in many cases.

As a result, more than six million women in the EU claim that they cannot work full-time due to “family responsibilities”, according to the European Commission. Females with part-time jobs represent, in fact, the 23% of all employed women, as opposed to the 8% that applies in the case of males.

This problem is also known as “double burden”, and it does not only negatively affect women themselves, but also the children of an already ageing society. In order to prevent this, policies regarding the facilitation of work life balance, such as the possibility to return to work after maternity leave, must be reviewed and improved.

Another key to gender equality and economic regeneration in Europe is female UNITEE%20Stage" datetime="2014-03-03T11:50">entrepreneurship. Only 33% of entrepreneurs are women at present, because of burdens such as tough working hours or financial insecurity.

In order to improve this quota, women entrepreneurship needs to be fostered through education, training programmes and mentoring. Turning them from an exception to a regular occurrence must be everyone’s commitment; a common ambition on gender equality.

This week, UNITEE will publish several articles on this topic:

– On Tuesday, read our interview with Elisabeth Morin-Chartier MEP, Vice-President of the Committee on Women’s Rights and Gender Equality at the European Parliament.

– On Wednesday, discover the story of the entrepreneur Fatma Ozkan, who started her own business at the age of 45 and read the analysis of Vivianne de Beaufort, Professor at ESSEC Business School (France) and expert to the European Commission.

– On Thursday, learn about the work of Golden Rose, an association dedicated to the professional development of women.