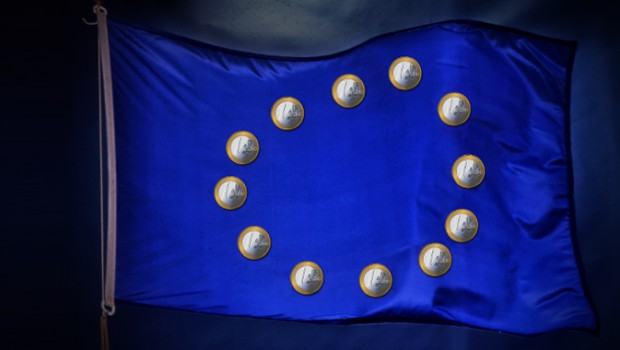 Did our first article on Euromyths convince you? Unfortunately, the list of common misconceptions about Europe is still long. Whether they are excessive simplifications or a clear desire to shift the blame away from national borders, public discourse about Europe is full of faux pas. For this reason, here is the second part of our attempt to debunk some of the most established myths about the EU.

1. The EU spends too much taxpayers’ money

Being a complex institution, the EU needs a certain amount of money to successfully achieve its tasks. But is it true, as many say, that the European budget puts an excessive strain on taxpayers?

Take for example 2014’s budget: as approved by the European Parliament, it amounts to 142,650 million euros. Of this total, only a fraction comes from levies paid by each country according to their GDP.

The other sources of revenue are direct, such as customs duties on imports from outside the EU and value added tax (VAT). So, usually no additional taxes on citizens are required to sustain the EU’s budget.

But once the EU has got the money, how is it spent? In this case, national media are also full of stories of wastes, but let’s look a bit closer: the main fields of expenses are as relevant as agriculture, territorial cohesion and entrepreneurship. For more information about the EU’s budget, click here.

Just think about this fact: when the annual EU budget is approved, total revenue must equal total expenditure.In practice, there is usually a surplus, which is used to reduce EU countries’ contributions to the budget for the following year.

So, the EU has an annual procedure to give back the unused money!

2. The euro caused the financial crisis

The common currency is now deemed the main responsible for the difficulty of Europe. The truth is a bit more complex: the financial crisis originated with the explosion of subprime mortgages in the US. It reached Europe through the contagion of banks which had invested in those mortgages, which increased the cost of credit.

Some countries, such as Ireland and Spain, which had relied on borrowing cheap money, now saw their welfare bills grow. In this way, public debt grew, investors’ confidence decreased and this created the most serious financial crisis in recent times. For a clearer explanation, have a look at this article in The Economist.

As a result, the crisis has been a particularly nasty mix of endogenous and systemic factors since it has uncovered weaknesses that were at the heart of the single national economies.

In this context, the EU has acted not as a problem, but more as a help: even if controversially, it has allowed the Member States to find a common solution and it has monitored their domestic budgets more adequately.

3. The EU is a liberal, business-oriented project

In the aftermath of the crisis, the EU has been accused of only caring about bailing out not-so-solid financial institutions, while forcing the bill on citizens with rising rates of unemployment and austerity-driven measures. The real EU project aims at making Europe a neoliberal, business-oriented space, isn’t it?

Again, this view is an oversimplification. The EU is a very complex political entity in which conservative ideas live together with socialist, green, and nationalist ones. These diverging views are most evident in the European Parliament, where there are no less than seven different recognised political groups, ranging from the far left to the far right.

If a conservative view was more prevalent last year, at least in the economy, it was simply because conservatives had a majority of seats and were therefore able to drive the agenda.

Nevertheless, other views have not been silenced: together with austerity measures and bank bailouts the European Parliament approved a directive protecting consumers rights, a new regulation on tobacco products and elaborated a strong Climate Plan in the last five years. Not only typical neo-liberal measures, as you can see.

But if you still do not like the way the EU behaves, you sure can do something about it: vote. At the European elections from 22 to 25 May, you can contribute to shaping the future actions of the European Union.

So, if you think that the EU is too business-oriented, choose somebody who is not. And remember: only you can make a difference!

4. The European Union imposes its will on Member States

There are three main institutions in the EU: the Parliament, the Commission and the Council of the European Union. All of them pay a high debt to national politics. As already explained, the Parliament is the only directly elected body, but MEPs are elected on a national basis.

On the other hand, the Council of the EU, the second part of the bicameral EU legislature, is composed of the national ministers of the Member States. The role of the Council is to put forward the position of Member States on proposed laws and the institution is very keen to use its prerogative.

In many cases, the Council has watered down proposed legislation when Member States disagreed. The recent opposition to a wide ranging and broadly supported GMOs ban stands as an example.

And finally, the Commission: as the exclusive holder of the executive power, it is meant to be independent. Nevertheless, this is only partly true: since each Commissioner has to be nominated by their state’s government, this can lead to a politicisation of the institution.

According to some observers, this has been the case with the EC’s Vice President, Italian national Antonio Tajani, who was seen as an extension of Silvio Berlusconi’s government in Europe. The Commissioner for Agriculture, Romanian national Dacian Ciolos, also raised some concerns when he was nominated as he was said to be uneasily close to France.

So, don’t worry: the Member States’ influence on European Affairs is not decreasing!

GDP
GDP estimates are commonly used to measure the economic performance of a whole country or region, but can also measure the relative contribution of an industry sector.
Council of the European Union
The Council is the EU institution where the Member States' government representatives sit, i.e. the ministers of each Member State with responsibility for a given area. It is one of the two branches of the legislative branch of the Union, the other being the Parliament. Its Presidency rotates every six months among the governments of EU member states.
Austerity
Governments spend less in order to reduce budget deficits.
Entrepreneurship (Entrepreneur)
A person who operates a business and takes on many risks to do so. Entrepreneurs are also innovators, coming up with new ideas and interesting solutions. New companies create more than 4 million new jobs in Europe every year.