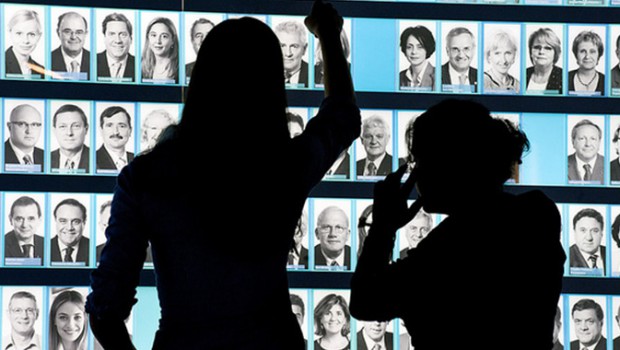 Since 1979, the European Parliament has been elected by direct universal suffrage and has been chosen through national elections. The European Parliament is the EU institution which directly represents about 500 million people, and this is why it is important to use the May 2014 EU elections to get a say in who will sit in the 751 seat parliament for the next five years!

If you are over 18 years old (16 in Austria), it is possible to go to the polls between the 22nd and the 25th of May, 2014. You may wonder, why are there several dates? This is due to the varying traditions of the Member States. In the United Kingdom, Stephen traditionally votes on a Thursday, and will cast his ballot on the 22nd of May. For Annette in Sweden, it is Sunday the 25th that counts!

The form of the elections vary somewhat between countries, and it is up to the Member States to decide how to go about it. Stephen will vote through his local constituency, for his local candidates, where he lives. Sweden forms one large, country-wide constituency, and Annette will vote through a national election, from a national list of Swedish MEP candidates. However, proportional representation will be used everywhere. In addition, if you are a citizen of the EU countries, but live and would like to vote in another, this is fully possible.

Most of the aspiring MEPs run a campaign on national party lines, and stress the issues that will be the most important to them on the European level. When they move on to the European level and enter the European Parliament, they most often join a European-wide political family/group that match their own political interests.

Left to be determined here is, how many MEPs will be sent from each Member State?

This depends on the size of the country. The number of MEPs that a country sends depends on the size of the population in that state. Germany, with the most people, sends the maximum of 99 MEPs. Under the Lisbon Treaty, however, the cap was revised and in 2014, Germany will send only 96 MEPs. Less populated countries such as Cyprus, Estonia, Malta and Luxembourg send the minimum, which is 6.

When people speak of “the turnout in the 2009 European elections was only 43 per cent”, it is the election of the MEPs that they speak about. Unfortunately, the turnout in the elections has decreased over the 30 years, from over 60 per cent in 1979 to 43 percent, as mentioned, in 2009. Therefore, it is of great importance to use this occasion to have a say on the future of Europe through the selection of your MEPs!

Proportional Representation
A voting system. The number of seats that a political party receive is proportional to the number of votes that the party receives in a given geographic area (circumscription).
MEP
Member of the European Parliament. The MEPs are your representatives at the EU level. They adopt EU legislations and the budget. You elect them for a period of 5 years. The next election is in May 2014.
Lisbon Treaty
The latest institutional Treaty of the EU. It reformed the structure of the EU to make it more democratic and efficient. Signed in December 2007 in Lisbon, it entered into force in January 2009.