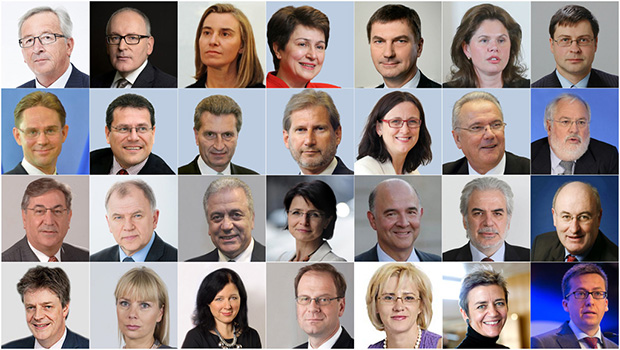 The European elections earlier this year marked the end of a legislative term. It made way for a new set of Commissioners that will run the European Commission for the next five years.

Commissioners have a lot of responsibilities and it is not an easy job. As if to prepare them for the many challenges ahead, the process of becoming a commissioner is already difficult enough! So how does it work?

First of all it is the member states that, in consultation with the Commission President, nominate one candidate each. The President of the Commission, in this case Jean-Claude Juncker, then assigns each of the 28 candidates a portfolio linked to the Commission’s departments. For example, Austria chooses Johannes Hahn as their nominee. Juncker then assigns him to the portfolio for DG European Neighbourhood Policy and Enlargement Negotiations.

The designated Commissioners now have time to prepare themselves and learn more about their future field of work. Why? Because they will have to face the Parliament and prove to them that they are up to the task.

They have to prepare five written answers and a short opening speech, which they will present during a 3h meeting where MEPs in the Committees linked to the portfolio will grill them thoroughly to find out if they are qualified.

The Parliament takes this tasks seriously and has forced the withdrawal of Commission nominees before.

For example in 2004, the Civil Rights Committee voted against the nomination of Italy’s Rocco Buttiglione as Commissioner for justice, freedom and security because of his conservative views on women and gay rights. José Manuel Barroso, the Commission president at that time was forced to replace Buttiglione with another nominee, namely Franco Frattini.

This time around might prove difficult for some of the candidates as well. The ‘grand coalition’ of S&D and the EPP might save some of the nominees from being rejected, as neither of the groups is likely to attack the other one. However, it is no guarantee and will hardly save a candidate that seriously lacks competences or perform badly during the hearings.

For example, Alenka Bratušek from Slovenia, who got assigned the portfolio of the Energy Union. Her nomination raised serious questions, since as ex-Prime Minister, she literally nominated herself.

Miguel Arias Cañete, the Spanish nominee is also very controversial and might struggle to be approved as Commissioner for Climate Action and Energy, due to alleged close ties to the oil industry.

(Read more about them and other nominees at risk here)

Hearings started today (Monday, 29th of September) and will last the whole week. Afterwards, the MEP will have a day to discuss among themselves and make up their mind if they want to refuse or confirm the candidate.

When in Strasbourg for plenary, the whole Parliament will have the chance to vote on the candidate and cast their likely positive verdict.

In case of a yes the council and the Commission President have to give their final approval and the nominee is officially a commissioner.

Now that isn’t easy, is it? And the real work is just about to start. 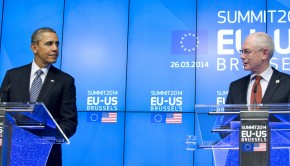 TTIP – What will be the benefits for SMEs? → 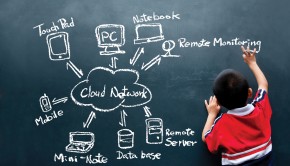 Enlargement
After the fall of the Berlin Wall in 1989, enlargement was made a core EU priority. As of 2014, the EU is now composed of 28 Member States after seven successful rounds of enlargement. Five candidate countries have yet to become members: Iceland, Macedonia, Montenegro, Serbia and Turkey.
Neighbourhood Policy
The European Neighbourhood Policy shares the benefits of EU with neighbouring countries, namely in Eastern Europe, the Middle East, and North Africa. It aims at promoting stability, security and well-being in the EU and its neighbours.
Portfolio
A portfolio in the European Commission is an area of responsibility assigned to a European Commissioner, usually connected to one or several Directorates-General (DGs).
S&D
Group of the Progressive Alliance of Socialists and Democrats in the European Parliament
EPP
Group of the European People's Party (Christian Democrats)
Committees (Proportional Representation)
A voting system. The number of seats that a political party receive is proportional to the number of votes that the party receives in a given geographic area (circumscription).
Committees (Plenary Session)
When the Members of the European Parliament (MEPs) vote on legislation and adopt positions on political issues. Plenary sessions take place 12 times per year in Strasbourg. Here you can learn more about the past and upcoming sessions.
Committees (Parliamentary Committees)
The European Parliament has 20 permanent Committees, where MEPs do most of the preparatory work for the voting sessions. The Committees cover a wide range of issues such as economic affairs, fisheries or gender equality.
MEP
Member of the European Parliament. The MEPs are your representatives at the EU level. They adopt EU legislations and the budget. You elect them for a period of 5 years. The next election is in May 2014.