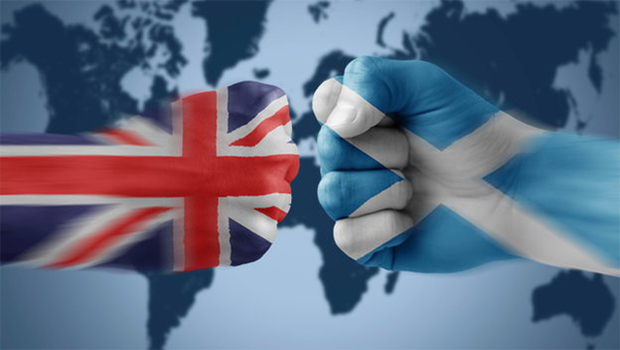 Have you ever called a Scottish person English? If so, you probably know: it was a bad move. Scotland is NOT England! And the Scots are proud of their unique heritage and culture.

Let me remind you, the rivalries between Scotland and England date back hundreds of years. Remember Braveheart? Where Mel Gibson aka William Wallace is fighting against the unjust occupation of Scotland by the English? To cut a long story short, Scotland lost its independence and is now part of the United Kingdom as we know it today.

But the past has not been forgotten. Many Scots would still rather do their own thing. Following the simple majority referenda in Scotland, September 1997, Scotland gained major self-governance powers. The then created Scottish Parliament is in charge of primary legislation in certain ‘devolved’ areas of policy. However, other policy areas remain ‘reserved’ for the central UK Government and are still being handled by Westminster only. Many of the decisions made by the currently Tory-run government are rather unpopular and enjoy little support within the Scottish population, leading to the fact that many Scots feel increasingly detached from the central government and its political direction.

A good example is the result of the European elections this spring. Despite Europe not being the main issue determining the outcome of the referendum, it shows clearly the divide between Scotland and the rest of the UK. While the Eurosceptics gained significant support throughout Britain and the Tory government turns increasingly sceptical concerning EU membership, the Scottish people remain very much pro-European. 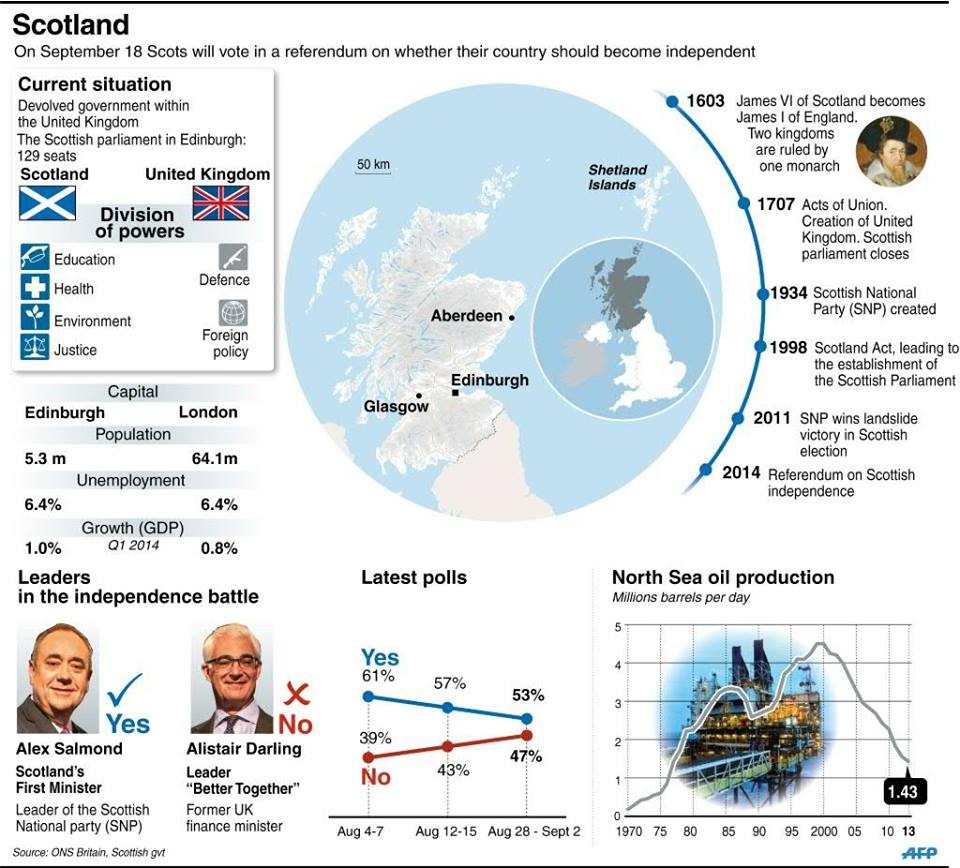 Factfile on Scotland (via AFP News Agency, 2014) Click to enlarge

With the referendum on Thursday 18 September 2014, the Scots have to make the decision of a lifetime. Do they want in or out? Prior to the vote, both camps came up with impressive media campaigns as well as celebrity support. For example, Sir Sean Connery is a major supporter of the Yes camp, while Harry Potter author Joanne K. Rowling supported the ‘Better Together’ campaign with £1m.

Critics argue, Scotland is profiting from being part of the UK, and not ready for independence and complete self-governance. Supporters say an independent Scotland would be much wealthier and could start to spend more of its gas and oil money on the actual Scottish people.

In any case, questions remain. Would Scotland keep the pound as its currency? Would the Scottish government be fit to manage everything themselves, including finances? Would Scotland lose a lot of its credibility and international influence when leaving the UK?

Whatever the outcome of the vote, it is likely to not only impact the future of Scotland but might as well have a great influence on other European regions trying to gain their independence, like Catalonia in Spain. Westminster is ready to let Scotland go, in case the vote should be in favour of it: a strong signal to other central governments.

In a few days Scotland could be an independent country. And who knows, other regions striving for independence could follow soon.

Tory
Member of the Conservative Party in the UK
Eurosceptics
Those who criticize the European Union (EU) as being too bureaucratic and/or undemocratic, or even not viable. Some of them actually strongly oppose the deepening and widening of the EU.