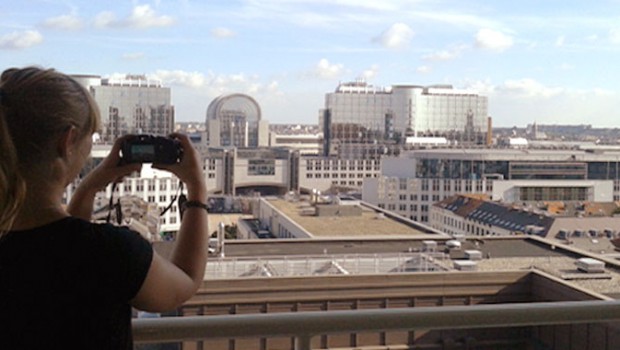 Currently, there are 766 in the European Parliament and most MEPs are between the ages of 40 and 60. The youngest MEP is Amelia Andersdotter from Sweden, aged 26. The oldest is the 85 year old Italian MEP Luigi Ciriaco De Mita.

One third of the MEPs are women. The European Parliament therefore has a higher female representation than the average national parliament, though it still unequal. A positive sign is that the number of women has increased since 1979, from 16 per cent to 35 per cent. Currently, Finland is in the forefront, with 63 per cent of the MEPs being women.

The MEPs sit in the Parliament according to their political affiliation and not by their nationality. They sit in political groups that broadly represent their policies and political views. The current Parliament is dominated by the largest political group, the Group of the European People’s Party (EPP), with 274 MEPs. Second comes the Progressive Alliance of Socialists and Democrats (S&D). The EPP has members from all Member States except the United Kingdom (UK), as the British Conservatives disagree with the federalist EPP policies, and instead the UK MEPs formed the Alliance of European Conservatives and Reformists. It is possible to form a new political group, but only if the group will have at least 20 members. Some MEPs are not attached to any political group.

The Parliament is led and overseen by a President, elected on a 2 ½ year term in January 2012. Due to his busy schedule, 14 Vice-Presidents assist him. The President is called Martin Schulz, a German politician who was a bookseller in his youth. He sets the agenda of the Parliament, together with the Conference of Presidents (consisting of the leaders of all the political groups), and consults with the Chairmen of the Committees and the European Parliament secretariat. It is then approved by the European Parliament itself.

Committees? Good question! The Parliament does a lot of its work through committees, dedicated to all policy fields under the European Union jurisdiction. There are 22 permanent committees and 2 sub-committees dealing with everything from women’s rights and gender equality, to agriculture and fisheries. Certain committees, such as the Development Committee and the International Trade Committee deal with issues regarding the foreign affairs of the European Union. Most committees consist of 50 – 60 MEPs, but the largest one, dealing with environment, public health and food safety has 69 members.

I hope we offered you a good overview of the European Parliament’s composition and functioning. If it is not enough, check out more of our articles!