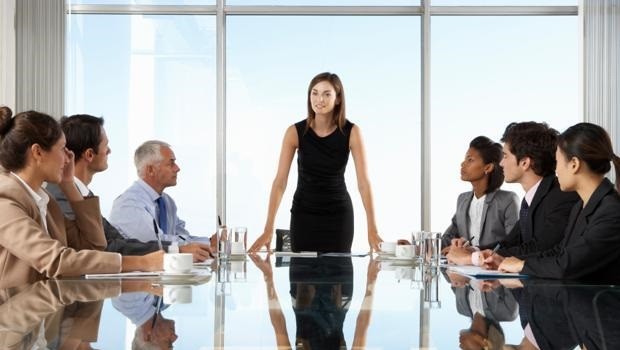 Globalisation offers countless opportunities to European businesses, but the increased international competition also asks for more competitiveness and innovation, especially among the SME sector. Yet, how can European companies find the resources to boost work efficiency and enhance their innovation potential? How can they be competitive on the international market? Well, there is a cheap, easy-to-find and renewable resource which so far has been untapped: women.

Indeed, women represent the majority (59%) of students graduating from Europe’s universities and, according to a recent study, if women were to work as much as men, Europe’s GDP could grow by 27%.

The question is thus spontaneous: why do we not make use of this great potential? There are actually various reasons, and here are some of them.

First, because expectations to women are different than to men. Although traditional gender roles have evolved in the past decades, women are still the ones expected to take care of the children and of the household – even policies establish different conditions on parental leave for women and men.

However, international research shows that in countries where men take 1 to 3 months of additional paternity leave, child wellbeing, social mobility and educational performance of children improve noticeably and the gender pay gap is reduced.

Second, because women face discrimination when being recruited for jobs in professional sectors which are traditionally male-dominated. As the UK Equality and Human Rights Commission states, “some employers still have stereotypical ideas about what is women’s work and what is men’s work – for example, assuming that a nursery nurse ought to be a woman, or that a bus driver ought to be a man”.

This is of course a subtle dynamic that derives from traditional ways of thoughts. If there were more women employed in such sectors, they could lead the way for younger female workers and increase the possibility of change in society. The only ways this thinking can be changed is on the long-term: education and sensibilisation are key.

Third, and as highlighted by the speakers of the last conference organised by UNITEE on gender equality at work, because the work ethics of western countries creates the expectation on workers to stay longer in the office as a proof of their commitment. This is clearly very difficult for parents with children, especially mothers, who remain thus far behind in the career race.

Another additional problem is the cost of childcare. If parents cannot afford childcare (and this is the case in many countries), at least one of them has to stay at home and take care of the children – and most of the time it is the mother who does so.

This being said, we need to remember that the concept of gender equality defends the belief that a person’s rights, responsibilities and opportunities should not depend on whether he or she is born male or female. In other words, and in relation to business, gender equality refers to equality between women and men with respect to their treatment, opportunities, and economic and social achievements.

In order to reach true, meaningful and effective gender equality with all its economic benefits, society needs to act together:  all of us have to be aware of the potential of an equalitarian inclusion of women in the professional environment and defeat the traditional understanding of the role of the woman in family and society in general.

As Philippe Keraudren stated during the aforementioned conference, progress is being made in gender equality at work but a plateau is being reached from which it might be difficult to move. “Relying solely on good will, it will take at least 70 years to achieve gender equality”. We need to take action, and not wait any longer.

GDP
GDP estimates are commonly used to measure the economic performance of a whole country or region, but can also measure the relative contribution of an industry sector.
SME (SMEs)
The category of micro, small and medium-sized enterprises (SMEs) is made up of enterprises which employ fewer than 250 persons and which have an annual turnover not exceeding 50 million euro, and/or an annual balance sheet total not exceeding 43 million euro.