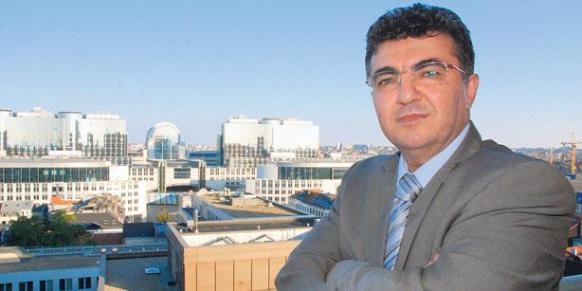 What would life be without diversity? It may sound like a strange question, in an age, as ours, in which politicians and citizens often look at diversity as a danger to our lifestyles, rather than as a chance. For this reason, it is important to point out that diversity is not just an accident of history, due to the disrupting effects of globalisation; it has always been a fundamental element in the development of human beings. Man is not a sedentary creature: it is a migratory one.

Migration is not only a constant of human history; it is also a fact that has increased in modern times to numbers never seen before, due to a series of unprecedented developments in technologies, economy and society. New means of transports have made travelling much easier, cheaper and more comfortable than ever.

The industrial revolution swiping the world in the 19th and 20th centuries created a vast need for cheap workforce for the new factories, for trained professionals to manage them, thus pushing people away from the countryside and into the cities, the heart of the growing economic system, and later on for international professionals at ease with moving across the globe to work for the new multinational companies.

After the end of the Second World War, national borders have become thinner and thinner, while conflicts between states have given way to new forms of cooperation. All these processes, paired to uneven economic developments in different areas of the world, have contributed to an increase in the number of people moving as well as to a diversification of migration factors.

The modern era has seen, next to the traditional migration from deprived regions to wealthiest one, a rise of the movement between wealthy countries, thus leading to an age of “multi-level” migrations.

This unprecedented and sustained movement has led to an increase in diversity, dubbed by researchers as “superdiversity”. This is especially evident in global cities and take different forms, such as multiculturalism, multilingualism, or different social classes living next to each other. The result is a more colourful and varied society, but at the same time, a more complex one. Indeed, there is no denying that diversity generates new challenges, especially in big cities, as evidenced by the segregation of neighbourhoods, social conflicts and the lack of security (real and perceived).

To meet these challenges, some choose an easy method: building fortresses and heavily controlling migratory movement. The temptation is hard to resist, especially in our years of severe economic crisis. But let us ask ourselves: can we afford these fortresses? The reality is, put bluntly, we cannot. As briefly mentioned above, migrations are a founding element of humanity. Living in fear and isolation is not a solution, regardless of how appealing the idea might look.

Diversity is not a collateral issue, what can be solved with a flick of the wrist: diversity is a fact and is here to stay. For this reason, it has to be acknowledged and dealt with in the best way possible. In this regard, cities, companies and communities are the basic constituents of society, since they represent respectively where individuals live, what they do and how they aggregate with other people. Efficiently managing diversity must become a goal at all levels of policy and practices.

Such a task requires a lot of efforts from public and private stakeholders alike. But the reward is worth it. Diversity, when well-managed, has fantastic advantages to offer. Open, diverse societies, have always proven to be more creative and innovative, due to their ability to put together and mix ideas coming from different backgrounds. Furthermore, individuals living in a diverse society enter into contact with a huge variety of cultures, which makes them readier to connect and find opportunities in the global, interconnected economy. What is more, diversity has a special way to perpetuate itself: open societies tend to attract talents from abroad.

If the immediate economic potential of such a situation is clear and should be of particular interest for EU policy makers, looking for ways to restart their countries economic growth, one should not forget the inherent cultural and political advantages offered by diversity: even if less disruptive, in the long term, they will represent an even bigger resource for European society.

Is there, then, a recipe for successful diversity management? Where can we all start to grow the tree of diversity in our societies?

As a general rule, we might point out two main lines of action. On the one hand, a multi-level governance which is aware of the importance of integration and works to put it at the centre of the political action is required. On the other hand, diversity’s economic potential has to become real, establishing tools for the professionalisation of minorities and for workplace diversity management in companies and the public sector alike.

New European (Parliamentary calendar)
The annual calendar of the European Parliament, where you can find all the voting sessions and various meetings the Members of the European Parliament must attend. Click here to have a look at the 2013 calendar.
New European (New Europeans)
People with a migrant background, who live and work in a European country and, in most cases, do not intend to go back to their country of origin. Their future is, rather, in Europe
Multiculturalism
Describes a community made of multiple cultures. It can refer to the cultural diversity in the demography of a certain place or organization, e.g. schools, businesses, neighbourhoods, cities, or nations, or to ideologies or policies that promote diversity.
UNITEE
UNITEE represents entrepreneurs and business professionals with a migrant background, most of them of Turkish descent, and whom we refer to as ‘New Europeans’. http://www.unitee.eu/