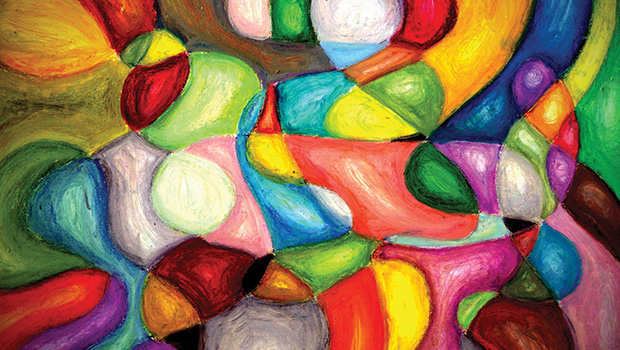 For the EU to acquire sustainable growth in the future, the key consists of increasing its innovation capabilities. A huge potential lies in making the best use of its diverse population. UNITEE’s President Dr Adem Kumcu analyses how this can happen.

Today’s global economy is increasingly knowledge-based. In such a situation, traditional assets such as commodities or location drastically lose their value; the new currency, much more relevant, is innovation. The success of economies around the world will increasingly be determined by their ability to own and drive innovation. As a consequence, economies wanting to be competitive will end up competing for the most democratic and mobile of all commodities: talent.

In this context, what are the possibilities of success for the EU? The perspective looks quite mixed: after all, the European Union is still among the most advanced economies in the world. Nevertheless, in many aspects the European economy looks like lagging behind other more dynamic economies. In the short term, this is certainly due to the economic crisis. But what worries the most is its future prospects.

Given this situation, how can Europe meet the challenges of innovation? This question does not have an easy answer. But as President of UNITEE, the New European Business Confederation, I would like to give my personal contribution by pointing out one part of the solution: the power of diversity.

Over the last decades, elevated levels of global mobility and migration have created in many European cities both an overall population growth and a much more cosmopolitan mix. This has had the effect of creating a new breed of citizens, the so-called New Europeans. Far from being the danger they are perceived in much of today’s political discourse, New Europeans offer a lot of opportunities for the future growth of the EU.

– They fill skills needed in the market. According to the data, the overall population of working age in Europe is likely to decline by 6 million by 2020. New Europeans can be part of the solution, helping to shift the balance. Not only they tend to be younger than the native population, they also tend to be more educated: according to OECD, 36% have high educational attainment, compared to 25% of their native counterpart.

– They create jobs. An important characteristic of New Europeans is that they do not simply fill job vacancies; they create new ones. Indeed, OECD data show that New Europeans are more likely to become entrepreneurs than natives. After all, the risk inherent in moving to a new country with a different language and culture, with the aim of reinventing oneself, is similar to the risk of investing money and energy in a business.

– They foster innovation. New Europeans’ exposure to different cultures and languages and their transnational network of contacts puts them in a privileged position: acting as bridges among markets, New Europeans can introduce new products or new means of production to previously saturated markets, satisfying unforeseen needs.

The link between diversity and innovation

The innovation potential of New Europeans is no news; it is an acknowledged truth that diversity is conducive to disruptive ideas. And innovation is more likely to flourish in a diverse society, where people of different horizons live side by side, exchanging perspectives.

The understanding of the positive role of diversity is crucial today, when economic success is increasingly determined by the ability to attract, educate and retain talent from all around the world. Take the Silicon Valley, the IT capital of the world: it is a well-known hub of bustling activity, with ambitious and talented youngsters competing to change the world. The reason for its success is that the Valley was able to capitalise from its diversity by creating a diversity-friendly environment, facilitating networking and collective learning.

So, now the time has come to return to the question we asked at the beginning: can the EU compete in the innovation economy, tapping the huge potential of its New Europeans?

It is my conviction that the best tool to achieve such an ambitious objective is the establishment of a general partnership among public and private sectors and the civil society. There are in particular three lines of action I would like to underline:

– The local level is king. Cities and metropolitan areas are the destination of choice of migrants and ambitious workers alike. As such, they have the privilege of experiencing first-hand diversity’s advantages and perks. It is not a case if many cities have applied innovative measures for integration and migration. But there are even cities that have turned their openness and diversity into a branding tool, to position themselves on the international scale as attractive and good to live in.

– Streamlined migration policies. The EU Member States should reform their migration and integration policies with the aim of making it easier for talents to enter Europe and to professionalise. Today it is still too difficult for wannabe entrepreneurs or ambitious graduates from abroad to come to enter the EU, or even for foreign graduates of European Universities to stay once completed their degree. In the long term, all Member States should cooperate in defining new immigration rules based on needs and talent, such as ‘entrepreneurship visas’ for those wanting to set up a business in the EU.

– The role of the private sector. Companies should be encouraged to introduce CSR practices aiming at enhancing diversity in the workplace. Business associations and Chambers of commerce should help in this respect: by facilitating networking and training, they could lead the change, reaching also small companies that normally would not have the resources to develop effective CSR practices.

The aim of reaching an innovation-based growth will not be easy for the EU. But it is necessary to take on the challenge, if we want not only to maintain our living standards, but to keep our promises. Only by embracing and fostering its diversity will Europe be able to win the challenge of innovation and maintain its place in the global arena.