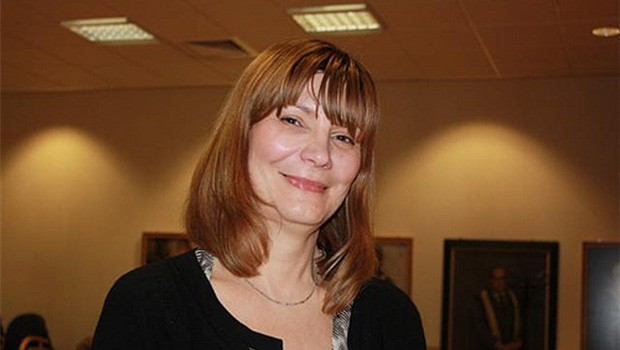 Europe must increase intercultural awareness and skills among its students and businesses.

Even after 22 years of existence, the EU Single Market is still fragmented by many different languages and national or even local cultures, which strongly influence the way Europeans do business. How do business in Western Europe differ from business in Eastern Europe? Or between Scandinavian and British people? How can we improve European companies’ intercultural competences?

Find out the answers to these questions in our interview with Elena VASILIEVA, Enterprise Development Manager (European Projects Manager) at University of Salford

Definitely. There are big differences within Europe. Anyone wishing to study or conduct business in another European country needs to be aware of those differences, in order to be more confident and successful.
Communication is a key success factor in business relations, all the more so when doing business internationally due to language barriers or body language differences.

People from different countries have different ways of expressing themselves and conveying their thoughts and ideas. For example, Italians tend to speak loudly and gesticulate a lot when sharing ideas. They might appear more agitated, but in fact, this is just a way of communicating.

There are regional differences, for example between Western and Eastern Europe, or between Northern and Southern Europe, and even countries that are geographically close do not always do business in the same way.

For example, in Scandinavia, the communication style is often direct, open and “to the point”, whereas in Britain and Ireland people can be concerned about causing offence to their business partners and sources of disagreements are therefore not always obvious to detect. Scandinavian business people might thus find it difficult to accurately read business communications with their British and Irish counterparts.

Is this lack of international awareness and competence one of the reasons why European small or medium-sized enterprises (SMEs) still heavily rely on their domestic markets?

Yes, it is definitely one of the reasons why European SMEs do not internationalise on a bigger scale. They face two major obstacles: the first one is a lack of knowledge of foreign markets and the reluctance to take major risks; the second is the cultural and language barrier.

European SMEs do not have the resources that large companies have. Therefore, they do not take the risk, or when they do, they sometimes fail because of cultural misunderstandings.

This is why it is of utmost importance to increase intercultural skills among students and professionals and support their internationalisation process.

How can we improve European SMEs’ intercultural competences? Are there any general strategies people can use in any cultural context?

European SMEs must become aware of the impact cultural differences have on the way their European partners conduct business and how these can impact customer needs. Of course, it is impossible to know in depth every single aspect of each country’s organisational and business culture. However, it is possible to aim at the very least to be aware of the key factors by undertaking extensive research on the target country.

Prior to launching a marketing campaign, always do your research and become aware of your target audience since customer demand, decision making, gender views and ideologies greatly vary between cultures.

You should also aim to have the right attitude. People are different everywhere. So be open. Keep in mind that your way of thinking is not the only possible way. It is important to respect other approaches to the problem or project at hand and give people the scope to articulate their ideas.

Together with 8 partners from Bulgaria, Czech Republic, Finland, Romania, Greece, Germany and Italy, the Salford Business School led a project called “Passport to trade 2.0”, which won two Awards. Can you tell us more about it?

This project aimed at developing free online training materials to help European SMEs and students seeking work & placements abroad. It was funded by the European Commission and was very successful.

Through desk-research and interviews, we examined the latest mobility needs of SMEs and students across 31 European countries. We then produced a European business culture guide to facilitate online and face-to-face communication in order to help SMEs and students access new countries and improve their use of search and social media marketing tools and techniques.

For the first time, all this information was put together on one platform and translated into different languages. Additionally, video materials are also available online.

Are there any other similar initiatives, both government and private, being launched in Europe?

For example, Joint Master Degrees allowing students to split their studies in different countries are becoming more and more popular. It is a great opportunity for young people.

The European Commission supports several projects in this vein. For example, the ELIE Project which is another project led by Salford Business School aimed at helping people to start up their own business if they emigrate from their country of birth. To achieve this objective, ELIE explored the life experience of almost 200 immigrant entrepreneurs across Europe in order to identify the key features critical to their success or failure. This allowed us to then develop the learning materials that were most relevant to and needed by graduates and European SMEs in the global marketplace.

One of the findings of the ELIE Project was that migrant entrepreneurs often lack the necessary level of communication, organisation and education skills as well as access to social networks.

This is why a new project, ELIEMENTAL was launched with the aim of providing supportive spaces for target groups to learn soft skills and share knowledge. 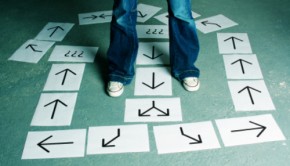 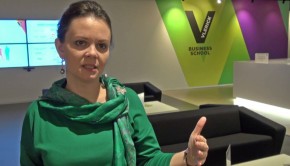 “Without cultural relativism, international business is doomed to fail.” Interview with Smaranda Boros. →

Single Market
It enables EU citizens with “four freedoms”: free movement of people, goods, services and capital in all 28 Member States. (Similar to Internal Market)
SMEs
The category of micro, small and medium-sized enterprises (SMEs) is made up of enterprises which employ fewer than 250 persons and which have an annual turnover not exceeding 50 million euro, and/or an annual balance sheet total not exceeding 43 million euro.