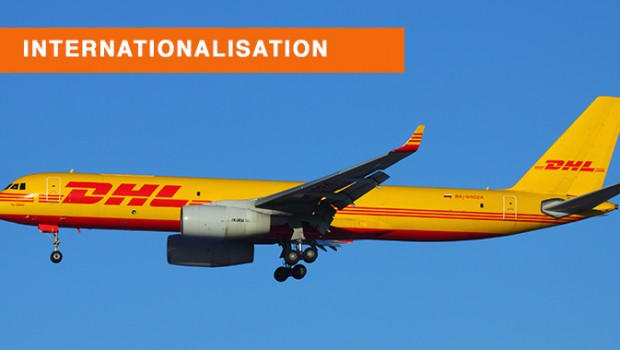 “It’s the economy, stupid” was a campaign slogan which helped Bill Clinton win the US presidential elections in 1992, but it could also have been the theme of this year’s European elections.

Fixing the economy is priority number one, and small and medium enterprises may be the key to helping Europe out of its rut.

SMEs represent 99 per cent of all European businesses, provide two out of three jobs in the private sector, and are responsible for more than 50 per cent of the total added value created by companies in the EU.

European SMEs are therefore instrumental in promoting economic growth and, according to the European Commission, their positive contribution increases exponentially when they go international.

International SMEs have, for example, proved to be more innovative than non-international ones: 26 per cent of SMEs trading across borders introduced new goods or services in their country, whereas only 8 per cent of other SMEs managed to do the same.

Furthermore, internationally active SMEs show an employment growth that is seven times higher than the job creation of SMEs without any international activities. The former are also, on average, more competitive and sustainable in the long term.

It is certainly encouraging that about 25 per cent of SMEs in the EU have exported goods in the past three years. Nevertheless, only 13 per cent of this cross-border trade took place in markets outside the EU’s single market.

Of course, it is tempting to limit international trade to the European single market. Not only is the internal market governed by a common set of rules, 18 Member States now share the same currency which makes trading in the EU the logical choice.

Emerging markets in China, India, and Brazil, to name just a few, have started to claim a bigger piece of the pie. For Europe to stay competitive, it needs its economy in general, and its SMEs in particular, to be less inward-looking.

Entrepreneurs with a migrant background are invaluable in this respect as their activities often involve both their new home countries and their countries of origin. New European business people can therefore prove to be vital in bringing EU member states and third countries closer together.

The EU can help along this process by negotiating trade agreements with both powerful trading blocks, such as NAFTA, and emerging ones like the ACFTA. It will also need to better promote public support programmes for internationalisation and facilitate relations between SMEs and business networks which are active in third markets.

“The world is moving twice as fast as Europe is at the moment”, Italian prime minister Renzi warned his European colleagues two weeks ago.

Promoting the internationalisation of SMEs may be exactly what is needed to bring Europe up to speed.

Single Market
It enables EU citizens with “four freedoms”: free movement of people, goods, services and capital in all 28 Member States. (Similar to Internal Market)
GDP
GDP estimates are commonly used to measure the economic performance of a whole country or region, but can also measure the relative contribution of an industry sector.
SMEs
The category of micro, small and medium-sized enterprises (SMEs) is made up of enterprises which employ fewer than 250 persons and which have an annual turnover not exceeding 50 million euro, and/or an annual balance sheet total not exceeding 43 million euro.
ACFTA
ASEAN-China Free Trade Area. Free trade area comprising China and the ten member states of the Association of Southeast Asian Nations (ASEAN), that is, Indonesia, Malaysia, the Philippines, Singapore, Thailand, Brunei, Cambodia, Laos, Myanmar, and Vietnam, which came into effect on 1 January 2010.
NAFTA
North American Free Trade Agreement. Agreement establishing a North American trade block between Canada, Mexico, and the United States in 1994.
New European (Parliamentary calendar)
The annual calendar of the European Parliament, where you can find all the voting sessions and various meetings the Members of the European Parliament must attend. Click here to have a look at the 2013 calendar.
New European (New Europeans)
People with a migrant background, who live and work in a European country and, in most cases, do not intend to go back to their country of origin. Their future is, rather, in Europe
Internal Market
The geographical area across the EU where you are free to live, work, study, do business or retire… Thanks to this single market, you can also enjoy, from home, a wide variety of goods and services coming from all over Europe.