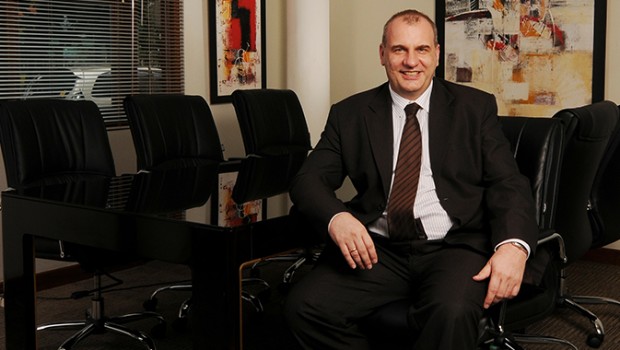 “In Indonesia, there are opportunities in almost every sector” – Interview with Jan Rönnfeld

Jan Rönnfeld is Project Director at the EU-Indonesia Business Network. He speaks to UNITEE about business opportunities for European entrepreneurs in the Indonesian market and in the Asia-Pacific region. According to him, many ASEAN nations offer very interesting prospects as their economies are now expanding, especially in the case of Indonesia.

What are the activities and the objectives of the EU-Indonesia Business Network in general and, more specifically, in Indonesia?

The objective is to promote business between Indonesia and Europe and European companies, while the activities in can basically be classified in three areas.

One area is business support: if companies are looking for business, market information, a potential business partner, and they would like to participate in a trade fair or in a business delegation, we can help them.

The second part is informing European companies about Indonesia, its market and its business possibilities.

And the third part is market advocacy in a regulatory environment, mostly for European companies that are already active in Indonesia.

Do you have partners in Indonesia to help you with that task?

Yes. We formed a consortium with the major European bilateral chambers: the French, the British and the Dutch chambers. We also have an open communication with all other European chambers to cooperate on a case-to-case basis, where we can work for the interest of European companies.

We have two partners in Europe: Eurochambres in Brussels and the Spanish team in Barcelona. In Indonesia, we have a number of associated partners, as is the case of the Indonesian national chamber, the Investment Promotion Board (BKPM) and the Indonesian employers association.

Which opportunities can European SMEs find in Indonesia? Why would you encourage them to go there?

There are many opportunities. Indonesia is a country which has been developing positively in the last fifteen years and will continue to do so in the next fifty years.

Ten years ago, the per-capita income was around 1000 Euros, while now it stands at around 4,000 thousand Euros. Indonesia is a huge country, one of the largest in the world, with a big population and market.

With the fourth largest population in the world, a growing middle class, a changing social economic environment and people moving to the cities and changing their consuming behaviour, markets are changing.

Everything is expanding: the food sector, the housing sector, the medical sector, the environment sector, schools, etc. Thus, I would say there are opportunities now in almost every sector.

What are the difficulties that European SMEs encounter there and how can you help them?

The major challenge is the unpredictability of the regulatory environment: Indonesia has a number of laws and regulations that are contradicting each other, while other related aspects often depend on interpretation and personal networks.

Doing business in Asia very much depends on whether or not you know the right people and you have a certain relationship with them so that they are willing to listen to you and help you. That is what we, as EIBN network, can provide.

We have been active in the Indonesian and European communities for many years and have built an extensive network with the other organisations, some of which already mentioned: Ministries, Investment BOARD, national chamber of commerce, employers associations, etc.

In light of the prejudices Europeans and European entrepreneurs might have; is it also your role to promote the country as such?

Of course, this is our role; together with creating better understanding. This is where we see that Turkish-Indonesian relationships are improving.

For example, Turkish Airlines now has direct flights twice a day to Jakarta. We know that Turkish companies are becoming increasingly active in Indonesia.

How do you assess the EU-Indonesia economic relations and how can we further deepen these relations? Is there a trade agreement going on?

We worked hard to get a Comprehensive Economic Partnership Agreement (CEPA), but the negotiation failed at the end of last year.

The European and the national governments need to realize that European and Indonesian companies have a strong desire for negotiation on a trade agreement, also with many other countries in the region.

These industries or companies can help each other. Indonesia is a country with a big market, many resources, great potential for local manufacturing production and for the production of global resources.

On the other hand, Europe has the technology. So, in this case, we are very complementary to each other and both sides have a lot to gain.

We have elected a new Parliament, we have a new Commission… what should, according to you, be the priorities of the European Union in the next five years to support European SMEs to internationalise? What do you expect from Europe?

I would expect the EU to re-start for the negotiations a free trade agreement with CPEPA/FTA Indonesia, a comprehensive economic partnership as soon as possible.

Secondly, programmes like business networks’ launches are very helpful because you need somebody, especially as a European company, in Indonesia and also in the other ASEAN countries; which can take you by the hand and help you make the transition to a different mentality.

Educational exchange programmes could also foster multicultural exchanges between Europe and Indonesia. Through exchange bachelors and masters, students get to know Europe, and also the other way around.

SMEs
The category of micro, small and medium-sized enterprises (SMEs) is made up of enterprises which employ fewer than 250 persons and which have an annual turnover not exceeding 50 million euro, and/or an annual balance sheet total not exceeding 43 million euro.
UNITEE
UNITEE represents entrepreneurs and business professionals with a migrant background, most of them of Turkish descent, and whom we refer to as ‘New Europeans’. http://www.unitee.eu/