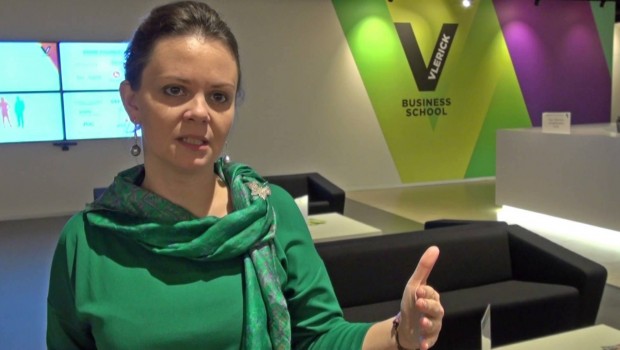 “Without cultural relativism, international business is doomed to fail.” Interview with Smaranda Boros.

Even after 22 years of existence, the Single Market is still fragmented by many different languages and national or even local cultures, which strongly influence the way Europeans do business. How do business in Western Europe differ from business in Eastern Europe? Or between Belgians and French? How can we improve European companies’ intercultural competences?

Find out the answers to these questions in our interview with Smaranda Boros, Associate Professor of Cross-Cultural Management and Organisational Behaviour at Vlerick Business School.

Let us not forget that the various cities, states, principalities and kingdoms of Europe have been developing under different conditions and often with different belief systems for more than 2000 years. We have the roots of the idea of a united Europe for less than 70. So, there are of course large differences in Europe.

So yes, there are commonalities (of business slang and procedures, even to some extent of mentality), but we find rather extensive differences within Europe on certain dimensions. For example, in the definition of what a business partner is: a trusted companion, a comrade in arms or ‘the enemy you need to get in bed with’ for lack of choice? Or in the way you build and give trust: relations before content or on-time and quality delivery on your promises and through that building a relationship?

Having a common economic frame for business never meant forgetting that this frame was originally meant to facilitate business transactions on a continent where those differences have defined national and ethnic identities for centuries.

Can you give us some concrete examples of these differences?

I was facilitating once a meeting between mid-level managers of an Eastern European branch of a large bank and their colleagues in headquarters (Western European country). The Eastern Europeans were extremely frustrated with the strict regulations and rigidity in operating procedures coming from headquarters. Basically, they were saying that procedures meant to help them and make their life easier (and by which they absolutely had to abide) had totally the opposite effect. In turn, they were requesting a level of flexibility in operating that their Western colleagues found scary, chaotic and downright unacceptable.

But it doesn’t have to be Eastern-Western Europe distinction (though we really can’t stress it enough). Let us take another example: lots of collaborations between Belgians and French for instance suffer because of the underlying assumptions on where the problems of a project should be discussed (in the meeting or the pre-meeting), whose word should have more weight (the expert or the hierarchical superior), how the issue should be addressed (with a lot of care, respect and mindful of hierarchy and possible sensitivities or very clear and direct in describing what the problems are). I was coaching a manager at some point who was trapped in such a situation. The conflicts between the two sides escalated up to the dissolution of the project. Up until the end, he could not comprehend that discussing things in a different manner would have been a solution to the stalemate, and that because the other side has a different way to approach such issues doesn’t make them less professional or less dedicated to the success of the project.

To give you another example, I was recently speaking to a Dutch manager coming to work in Belgium. He created quite some commotion in his new company by negotiating for himself an 80%-time contract. Working 80% of time in order to have one day a week with the children is not something uncommon in the Netherlands, irrespective of gender.

In Belgium however, this is function/level and gender-dependent: lower levels of hierarchy can have that (especially women), but if you ‘want a career’ and be seen as a professional, then 100% employment is merely the starting point.

Is this lack of international awareness and competence one of the reasons why European companies still heavily rely on their domestic markets?

Before talking about intercultural awareness or competence, we should talk about the fear of the other, the strong impulse to stay within the boundaries of the known and the similar, of avoiding or minimizing the interaction with different others. This is drawback number one.

Drawback number two, closely related, is trying to see similarities where there are none (or very little of them). We are wired as humans to see patterns even where they do not exist: if we can capture one element of similarity, we will project an entire constellation (i.e., we are both businesspersons, therefore we both have the same expectations of what ‘fair’, ‘respectful’ or ‘efficient’ is, for instance). We don’t look for differences and when we see them we often try to minimize them (see the example of what it means when a Belgian and a Dutchman say that family is important to them). Building on similarities helps us to connect, but ignoring the differences means that we ignore the complexity of the situation and we operate with a simplistic image of it.

Building on this, drawback number three (and probably the most acute), is a fundamental assumption of ethnocentrism: ‘my way is THE way’, my belief is THE belief, my way of doing business is THE way (either the correct way or sometimes even the only way we can conceive of). This narrows down tremendously both our horizons and our openness in interactions. It quickly creates black-and-white dichotomies, and with them comes antagonism.

So building bridges and developing intercultural competence and real possibilities to conduct international business requires going through all these steps and overcoming each of them.

How can we improve European companies’ intercultural competences?

To embark on this journey, I would say curiosity is the primary ingredient. The second one is the acceptance of our own limits.

You must be aware that there are more sides to a story, and just because you have a certain view of the world does not mean the other one must share it. Without this cultural relativism, international business is doomed to fail sooner or later.

When managed properly, what are the benefits of a diverse workforce for a company?

For the business: increased potential for innovation, more intimate knowledge of the diverse markets (client and providers) and thus better reach, alternative business models – might be one of the solutions for coming up with more sustainable business models.

For the employees: one very personal gain is that the more diversity we meet in our path, the more complex our mind becomes, and we are therefore better prepared to deal with complex, ambiguous, novel, stressful situations. Another benefit is that in such an environment, you get to hear opinions and advice that are not the same old thing you always heard: it might just give you a better chance to find a solution, to find a different way to look at an old problem. It also helps you to de-center a bit from your own life and have a bit of scale to help put things in perspective. However, it must be said that if not managed well, this diversity then becomes itself an endless source of stress (and unhelpful reactions to it, not the least of which is rampant prejudice).

For society at large: a happy diverse workforce means reducing the anxiety towards ‘the foreigner’ in the society at large. Having colleagues with diverse backgrounds helps overcome many of the stereotypes that are the root of so much of the ethnic, racial and religious discrimination facing our society in these days. Furthermore, it opens up the social networks across ethnic groups, along with all the social capital they bring in the game.

Can you tell us more about your work at Vlerick Business School?

We are in the business of mind-stretching. Why mind-stretching? Because the more deep-seated one’s beliefs, the more careful the mind-stretching process needs to be in order not to ‘pull a mental muscle’ and give up on the change process altogether.

I mentioned before all the reasons that make dealing with cultural diversity (in any form) a challenge. What we do in our International Business programs is create a frame for experiential learning: we use games, the very setting of the session, we play with time, with hierarchy, with interactions, in such a way that participants have a ‘gut-feeling’ experience of their unspoken expectations and what happens when they are challenged.

Then we reflect together on this experience with the help of different theoretical frames and insights. But the most important part is that we then take it to the next step: to their own life, their own situation. We work with individual coaching and peer-coaching groups in order to maximize the personalization element and have the possibility to target directly relevant situations they are confronted with. Our core belief is that learning has to be a very personal and meaningful experience in order to create real change.

It is YOUR international journey. We are there as your Sherpa guide.

(If you are curious, take a look at our ‘Leading Global Teams’ open program: www.vlerick.com/global-business ) 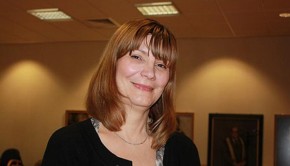 Europe must increase intercultural awareness and skills among its students and businesses. →