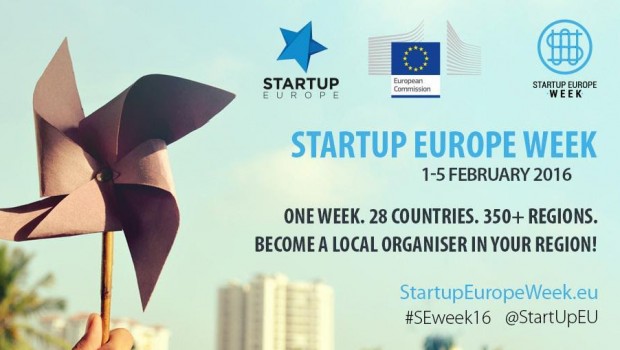 “Being an entrepreneur is really hard, no matter where you are. You feel lonely. Nobody cares about your product or service in the beginning. Besides, your friends and family think you are crazy.” 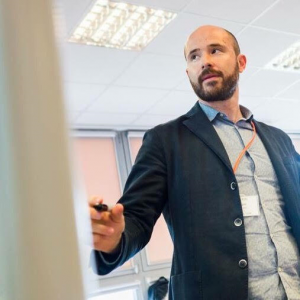 Says Mr Igor Tasic who is an experienced entrepreneur and a strategy consultant, advising businesses worldwide, from start-ups to global multinationals, government authorities, and SMEs, on a variety of topics, including growth strategy, product development go-to-market, transformation and organisation. He is also very active in contributing to causes of economic empowerment worldwide, in particular strengthening the business environment for young entrepreneurs.

Aimed to organise the biggest European event supporting entrepreneurs, Igor has recently founded Startup Europe Week (SEW) project for which he is currently serving as CEO. SEW will include 5 days full of business support activities in European countries 1- 5 February 2016.

The idea behind this effort is simple: to advertise the regional resources currently available to entrepreneurs all over Europe. It uses a bottom-up ‘movement’ focussing on local support to local businesses. All current and prospective European entrepreneurs may become aware of what is offered to them, located near them and thus avoid feeling isolated, especially if they are outside a big city.

To promote this idea during the SEW, organisers are willing to give a voice to all local authorities and similar stakeholders that are implementing things for entrepreneurs but for some reason are not part of the ‘hype’. Igor believes that this fits perfectly to the European Commission’s present initiative for facilitating growth by strengthening business environment, in particular its goal is to not only stimulate job creation all over Europe (something entrepreneurs do) but also unite the regions, so that there are true entrepreneurial networks and best practices being exchanged to support new business creation in a single market.

There are many cultures, languages and various national laws and policies combined in the common market of 28 Member States of the EU. Igor emphasises that this mixture is unique and something which has not been much explored yet, when it comes to supporting entrepreneurs. He admits that due to the fact that he comes from a big federal country (Brazil), he tends to see Europe as one big economy:

“It is really hard for me to see small regions competing against each other to become the next Silicon Valley or something like that. The only way for European regions or countries to have any relevance as true global entrepreneurship powerhouses is to pass through deep collaboration and integration”.

Igor indicates that “the problem is that sometimes people spend too much time celebrating entrepreneurship and trying to literally copy the above-mentioned Silicon Valley”.

In his opinion, there are tons of incredible resources in Europe but it is different from other realities (the US, Brazil, Asia etc.). To take advantage of EU’s diversity, every region should weigh whatever they have as their best assets, and Igor explains that
“In some cases, this will be human capital, in other, natural resources. Such means could come in the form of tax incentives in some regions or free office space in others.  It does not matter much, because if you operate as a ‘single market’, you can leverage it all without competing. Instead, this is the huge potential Europe has to compete in the world. It is not enough to have this theory. In practice, a project like SEW supports all regional governments and prospective entrepreneurial efforts in this direction, making people realise that sometimes all facilities they need to get started (and create a business) are right next to them, in their city or region now. This is an excellent approach, because it creates momentum and avoids competition among cities and regions”.
He knows the value of this well, as he has been personally involved in some amazing acceleration programs in which start-ups get the ‘full pack’ from government incentives to free advertising.

Igor is not alone in his endeavours. Recently SEW team has been looking for hundreds of
co-organisers which would contribute all over Europe (28 EU Member States including more than 350 regions). Igor reveals that organisers have had an amazing group of applicants from all over Europe: from entrepreneurs to policy makers, incubators, universities etc. To him the most important credentials and selection criteria are various abilities to create events that are truly relevant for each and every local community. And then again, organisers hope that each SEW event will serve as a hub of opportunities for a particular place. It is expected that the selected people identify ‘who is who’ locally and make sure they list and offer all resources available to support their entrepreneurs. It will be done well because co-organisers involved in the SEW are ‘get things done’ people. They are all well-connected locally and involved with entrepreneurial ventures themselves.

Igor hopes SEW can be a small ‘grain of sand’ into building a better place for people to live and start business activities,
“I think Europe can do much better as a global entrepreneurship powerhouse. I see so much talent spread over, sometimes small regions, and small countries. Why a young entrepreneur in the countryside of Spain or Slovenia, for example, cannot have equal opportunities to fulfil her or his dream to start a business as someone based in New York? I know it sounds utopian, but I believe if all European regions stop competing and start collaborating as brother States, the opportunities for all will grow exponentially. Alongside that, this will create jobs, strengthen the local economy and develop better institutions.”

While there is still some time left until the SEW, everyone is invited and strongly encouraged to stay in touch with organisers on Facebook and Twitter. 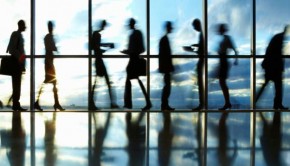 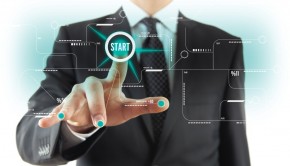