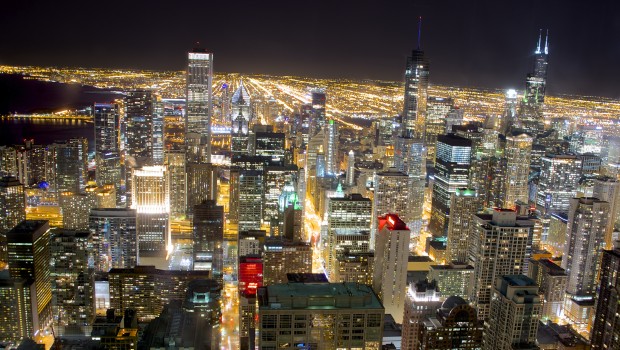 Over the last decades, elevated levels of global mobility and migration have created in many European cities both an overall population growth and a much more cosmopolitan mix. For example, with over 170 different nationalities, ethnic minorities represent 45% of the population of Amsterdam. Foreign-born account for 40% of Inner London’s population in 2012.

Many believe that this cultural and social diversity is not only inevitable, but also represents a fundamental opportunity for cities. Diversity is indeed crucial to fostering different perspectives and ideas and is therefore a critical component of being innovative and successful on a global scale. However, urban diversity also presents a profound challenge for our cities, in terms of enhanced inequalities, segregation and potential conflicts between ethnic communities.

It has long been acknowledged that European cities tremendously benefit from having a diverse population, starting with the role of migrants in counteracting falling birth-rates and labour market shortages. The overall population of working age in Europe is likely to decline by 6 million by 2020, which in turn means that there will be fewer and fewer secondary school and university graduates. Europe, and in particular European cities, therefore need a greater proportion of relatively young working age adults. Migrants can be part of the solutions, as they tend to be younger than the population of their country of destination: in 2012, the median age of the national population in all EU Member States was 43 years, compared to 35 years among foreigners.

Migrants do not simply fill job vacancies and labour shortages. Some of them become self-employed and entrepreneurs, thus creating new jobs. Moreover, by taking over some businesses that have been abandoned by native entrepreneurs, migrants also contribute to rejuvenate streets and neighbourhoods in decline. On top of this, a diversification of the population also means new markets opportunities, which both migrant and native entrepreneurs may grasp.

Very often, when migrants move to another city, they keep some connections with their country of origin. These networks speed the flow of information and foster trust, thereby making it easier for immigrant entrepreneurs to do business with their former home countries. In doing so, migrant entrepreneurs pave the way for other firms that want to engage in trade with these targeted countries.

In his 1998 book “Cities in Civilization”, Peter Hall, a well-known American sociologist, studied 21 cities at their greatest moments. His results show a clear correlation between the “cosmopolitan character” of a city and its innovation ability. According to him, “The creative cities were nearly all cosmopolitan; they drew talent from the four corners of their worlds, and from the very start of those worlds were often surprisingly far-flung.”

This conclusion does not come as a surprise. Innovation comes from the interaction of different knowledge and perspectives. It is thus more likely to flourish in a diverse society, where there are people from various horizons bringing different ideas.

If one cannot deny that Europeans cities are faced every day by conflicting interests and confrontation between different ethnic groups, one can also not deny that immigration and diversity are inevitable. European cities thus have no choice but to transform this diversity challenge into an advantage. How can they maximise the potential of their diverse population while creating and maintaining social cohesion?

First of all, policy makers need to acknowledge that, given the role cities play in newcomers’ integration, it is the cities and municipalities that need to define policies facilitating intercultural interaction and inclusion. The needs of all newcomers are increasingly a local issue.

Second, policy makers should start considering diversity as an integral part of the development process of their cities, rather than as a problem seeking solution. Opting for this new diversity thinking would help them get rid of ill-defined concepts and outdated practices that are currently hindering the development of new initiatives.

A new mentality towards diversity cannot be the one of local governments alone, but needs to be shared collectively. The lack of knowledge and inherent misperceptions towards migrants and diversity in general need to be dismantled. A first step towards this goal is for a city to ensure that its government systems are participatory and inclusive. A second step is to publicly embrace diversity as a resource.

This new approach to diversity should, of course, be translated into the cities’ policies and practices. The Council of Europe and the European Commission, for example, encourage European cities to develop comprehensive intercultural strategies. Based on a three-year pilot programme, the intercultural approach to integration contends that all policies, be it on the fields of education, housing, policing, the labour market and urban development, should be reviewed through an “intercultural lens”.

Since diversity is key to economic success, European cities must unleash the full potential of their diverse population by adopting the right mentality and adequate policies. As Richard Florida puts it: “Our theory is that a connection exists between a metropolitan area’s level of tolerance for a range of people, its ethnic and social diversity, and its success in attracting talented people, including high-technology workers.”