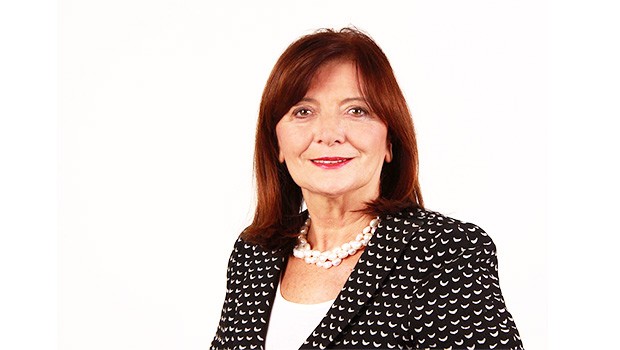 The Italian MEP Patrizia Toia (S&D) started her political career in her native region of Lombardy in Northern Italy, where she was member of the Regional Council responsible for the coordination of social services, health and budget.

Elected at the national Parliament in the 90’s, she was appointed Minister for Community Policies and for Relations with the Parliament in two different Governments of the Italian Republic. She also was Under-Secretary of State in charge of (among others things) Human Rights and Immigration. She later was elected in the Republican Senate.

UNITEE had the chance to discuss austerity measures, economic recovery and migrant flows with her.

The problem is that we often take for granted what Europe has achieved and we only look at what it is lacking. We don’t think of how our lives and our economies would be if there was no Europe.

In recent years, the distrust of the population towards the European Union is due to the fact that the wrong tools were used to deal with the crisis. People have seen that unemployment increased and feel that recovery is impossible.
The crisis is certainly global, but in the United States they were able to respond with courageous and expansive policies, by investing public money. Europe has not been able to do the same. The European economic policy was short-sighted, too timid and too much under the thumb of the dominant economic culture.

Finally, politics is what has been missing; this has left a void that has been filled by bureaucracy. We dedicated our whole electoral campaign to the possibility of a full change of Europe. Today we need to make more political choices. For example, when the Commission must decide whether to approve the budgetary laws of Italy and France, it has two possible options. On the one hand, it can apply laws in a mere bureaucratic way and possibly reject some proposals because of some zero point differences. On the other hand, it takes into account the specific economic and political context of the country and give the green light, tolerating some small deviations from the path of fiscal consolidation.

The European elections in May 2014 showed that the electorate wants a clear change in direction from the austerity measures of the past years. How do you think these influence SMEs and which alternatives would you consider appropriate and feasible?

The austerity measures have done much harm to the economy and of course also to small and medium-sized enterprises. When the economy struggles, SMEs are the first to be in trouble because they often do not have large assets to find support into. When customers do not pay and then, at the same time, suppliers want to be paid, the only option is to turn to the banks, but with the crisis and the credit crunch even this option was unbearable.

Banks have their responsibilities, even the Italian ones that did not fail and did not ask for bailouts with public money. The extreme caution in giving loans has prevented the credit circuit to flow. To restore the course of things we need to have the courage to say that austerity cannot be the only answer -we have to invest in growth. Without a “fiscal growth”, i.e. a pact for growth, the “fiscal compact” is not sustainable, neither economically nor socially. Hence the need to inject public money into the economic system in order to unlock private resources, triggering a cycle of expansion, different from what we have experienced so far.

What has been done inside of the S&D Group to support the young generation, particularly hit by the crisis?

The Parliament has made very concrete things – even ideological battles with practical implications. ‘World peace’ and ‘democracy’ seem only abstract words, but it is thanks to political stability and to transparent institutions (brought by the EU) that these words can now be part of our daily vocabulary. The European Parliament has believed and invested heavily in creating a free and open society, promoting free movement with projects such as the Erasmus program, which has been strategic because it made thousands of young people truly European and gave them the opportunity to improve their educational and professional expertise.

When the EU budget-cuts were likely to affect the Erasmus programme, the European Parliament fought to continue the funding. What is new, is a series of initiatives to support enterprises under the label “Creative Europe” is being started. Young people are more ready to start innovating and creating new companies, especially in the fields of new digital technologies, culture and arts.

In your experience as a MEP, you focused a lot on humanitarian issues. What can be the role of Europe to guarantee human rights protection? In particular, how do you think migration flows should be handled?

Europe has always been the standard bearer of human rights protection, and in my opinion, it should continue to do so, if possible in an even more determined way. I thinking of the battles against death penalty, of those in favour of gender equality, for the protection of children and so on.

The Sakharov Prize is a way to reaffirm that Europe wants to be the world leader of human rights; enforcement and cooperation with those who, in the most dramatic conditions, advocate for human rights is a priority of the EU. Human rights are furthermore incorporated in trade agreements, foreign policy and neighbourhood policy.
Immigration requires a range of interventions to deal with this historical issue. The current situation is not due to problems of the countries of the southern Mediterranean. Europe must address the issue in a cohesive manner, also taking into account political and cultural aspects. It should support moderate political forces in countries in crisis or in conflict by creating tools for development cooperation, investing in the energy issue and launching cooperation projects, even at the SME level, which could benefit both the countries of origin of immigration and our businesses.

All the countries of Europe must be equally concerned about immigration on the Mediterranean coasts because they also are the border of the EU. The Dublin system and the management of refugees must be revised and the creation of humanitarian corridors should be considered.

Finally, perhaps through the involvement of international organizations like the United Nations or the International Organization for Migration, Europe should support the creation of structures where people can assess asylum applications in the countries of origin.