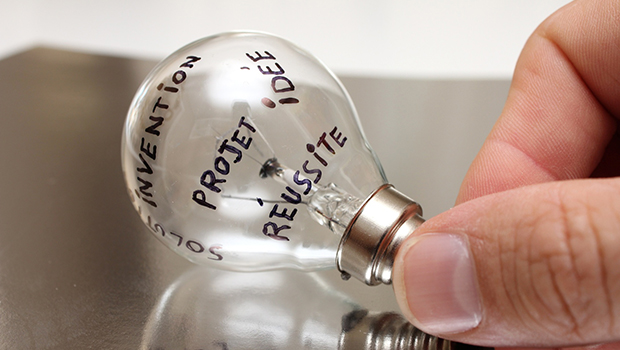 As EU citizen, you are free to set up your own company in any other EU country than the one you were born in, thanks to one of the European Union’s fundamental freedoms, the freedom of establishment. The creation of the EU Single Market in 1993 has made this process a lot easier. It has also made it simpler to provide services on the territory of another EU Member State other than the one in which you are established.

With the Euro as single currency and, at least potentially, a direct access to 500 million people across the continent, one would think that many EU businesses would have already ventured into new markets within the EU. Yet, the majority of the more than 24 million EU SMEs still operate largely in their own domestic markets.

One of the reasons the Single Market is still not used to its maximum is cultural: although the EU Member States are geographically close to one another and share the same currency (for most of them), there are still many differences between them. Thus, if you intend to start a business abroad, you will have to deal with a foreign bureaucracy and unfamiliar industry structures, as well as a different business culture, all this in another language. Not to mention the personal aspects (education, healthcare, buying a house…) you will have to take care of if you also want to settle in that country.

The good news is, however, that a special group of people has already faced and often overcome these challenges for the past 50 years and you can certainly learn from their experience: the New European entrepreneurs.

One only needs to walk around cities such as Copenhagen, Amsterdam, Vienna or Frankfurt, where ethnic businesses comprise up to 35% of all businesses, to understand that immigrants are natural entrepreneurs. Immigrant entrepreneurs actually create more new businesses in relative terms than their native counterparts. After all, the risk inherent in moving to a country with the aim of reinventing yourself is similar to the risk of investing money and energy to transform an idea into a commercial product or service.

Immigrant entrepreneurs do not only produce for their own ethnic niches. Just as their native counterparts, they are active agents, capable to detect new demands, create opportunities and deliver high quality services or products. For instance, one fifth of ethnic businesses in Ireland operate in the high-tech ICT sector.

The collective belief that immigrants are only poor and low-skilled people taking jobs and lowering wages are mostly misconceptions. Not only do they fill gaps in the European labour market, but they also create their own businesses, thus contributing to job creation, economic gain, neighborhood revitalization and cultural enrichment. But while they are often held up as role models for their own communities, why not see their experiences as valuable knowledge for European students and SMEs willing to exploit opportunities oversees?

This is precisely the objective set by the EU funded project ELIE, which aimed at encouraging and helping EU citizens start up their own business abroad. “The ELIE project came about simply because we wanted to encourage our students to consider entrepreneurship as a career choice. At the same time, we were also working with a group of immigrant entrepreneurs who were very successful. What could be learned from their experience? How could they help us encourage our students to become more entrepreneurial? These were the questions that led us to start the ELIE project” explains Dr Carolyn Downs of Lancaster Management School and Academic Leader of the ELIE project.

“We explored the life experience of almost 200 immigrant entrepreneurs across Europe in order to identify the key features critical to their success or failure. This allowed us to then develop the learning materials needed by graduates and European SMEs in the global marketplace”, says Elena Vasilieva, Enterprise Development Manager at University of Salford and ELIE Project Manager.

However, beyond these different trajectories, their stories show that successful international entrepreneurship is often a matter of using soft skills, such as language and cultural competences, creative thinking and business development skills, rather than structural barriers such as access to capital.

The learning material developed on the basis of these results is comprised of seven modules focusing on developing these necessary soft skills: “how to identify and develop cross-cultural skills?”, “how to communicate in a new culture?”, “how to network effectively” are some of the questions addressed by the project.

The information offered is also useful for those planning to start a business in their home country. This is why building from the knowledge gained from the ELIE Project ELIEMENTAL was developed. “ELIEMENTAL’s target group are individuals interested in starting their own business but who might not have access to education or a wide social network (older women, long-term unemployed, people with chronic illness, or a disability…). For this target group, the breaking down of structural barriers will not be enough if socio-cultural barriers are not also addressed. This is why the project aims at providing our target groups with supportive spaces to learn soft skills and share knowledge”, says Dr Carolyn Downs, who also led this project.

Dr Carolyn Downs and other scholars even argue that immigrant entrepreneurship can be a new driver in entrepreneurial education. According to them, the unique experience and knowledge of ethnic entrepreneurs should be introduced into higher education curricula so as to develop among students the skills needed to develop international as well as cross-cultural competences.

The story of Mustafa Ünal, a Belgian entrepreneur of Turkish origin is a good case in point. Starting up with a small market business, against the will of his family, Mustafa Ünal now runs a home appliances company, UNICOM, which is today the Belgian office of the Turkish company SINBO and serves several markets such as the Benelux countries, France and Germany. The story of Mustafa Ünal is one of an initiatory route, during which he has learned to find the right balance between the Belgian entrepreneurial culture and the Turkish one.

In our global societies and markets, immigrant entrepreneurs’ experiences in creating and sustaining a business in another country and culture than their own are invaluable examples that should be even more recognized. Such experiences could certainly be introduced into higher education curricula in order to expose students to diverse real-life examples of international entrepreneurship. Programs such as “Erasmus for young entrepreneurs” could also be used to facilitate exchanges between immigrant entrepreneurs and new or aspiring European entrepreneurs. Immigrant entrepreneurs have demonstrated unusual level of adaptation, flexibility and innovation and possess an incredible ability to take risks and seize opportunities. European businessmen of the 21st century would do well to learn from them.