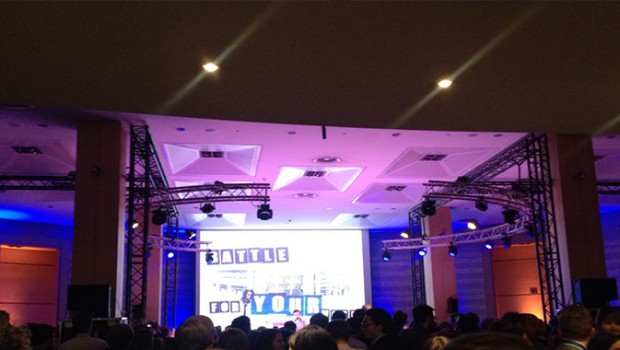 On Wednesday evening, a long queue of young people waited outside the European Parliament to hear politicians rap their voting message. With the help of professional hip hop artists, MEPs of four political party groups took the stage to get their message across on a beat. The event, aptly named ‘Battle for your Vote’, was organised by EU40 and MTV Voices.

For the EPP, Lara Comi and Sebastian Valentin Bodu participated, Ismail Ertug and Sandra Petrovic Jakovina represented S&D, Ska Keller and Michael Bloss battled for the Greens/EFA, and Jorgo Chatzimarkakis and Marietje Schaake rhythmically conveyed the message of ALDE. In the end, the young audience decided that the liberal ideology had been rapped most convincingly.