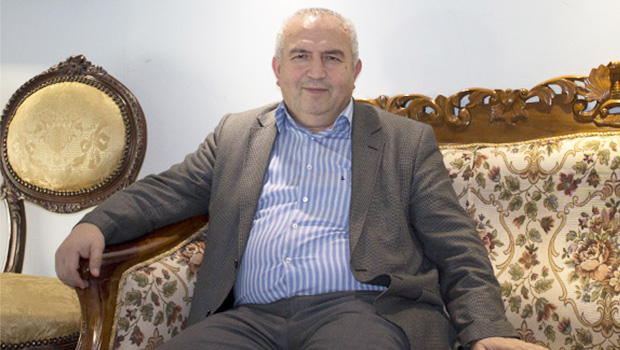 For our entrepreneur, it all began in November 1985, when his family decided to leave their native Turkey to settle in Brussels, where many immigrants come to find a job. Ali Aktan was 26.

Unfortunately, this success story had no flying start and Aktan had to overcome several challenges, including the lack of job opportunities. “I studied auto mechanics in Turkey, and it was nearly impossible to find a job in this field in Belgium” he recalls, “I had to find an alternative in order to make a living here.”

It is almost natural that he turned to the world of entrepreneurship. “Back then, the easiest career path for me was to open a food shop. At the beginning I was selling fresh fruits and vegetables, but it grew a bit bigger and, little by little, I started to sell Turkish products”.

But it was not enough for this ambitious jack-of-all-trade. Aktan saw bigger, dreamt bigger. In 1989, only four years after his arrival in Brussels, he decides to get into ready-to-wear fashion commerce. He specialised himself in the importing and selling of Turkish genuine leather jackets. His business was booming and his market extended all over Belgium and Luxembourg.

Aktan is the living proof that migrant entrepreneurs act as intercultural bridges that bound two markets together. Looking back at his professional background, Aktan stresses the crucial importance of his origins: “my strongest asset is my double culture. It had me make the most of what I already had”.

Unfortunately, the 1963 Ankara Association Agreement was put in force in 1996, providing the creation of a customs Union and the free circulation of goods between Turkey and the European Union. This customs union and the rise of competition from emerging markets, such as India and Pakistan sounded the death knell of Aktan’s commerce. But far from being discouraged, Aktan knew that this was a perfect opportunity to give himself a new lease of life.

In the late 1990’s, he and three friends, founded BETIAD – Active Entrepreneurs Federation, an association that supports Belgian entrepreneurs who have a migrant background. One of our entrepreneur’s leitmotiv is “always give back what you have been given” and since “l’Union fait la force” (Belgium’s motto), the most efficient way to give credit to businessmen with a migrant background is to gather them through an association.

Aktan decides then to take a fresh start and starts working on real estate. In 2006, he founded BIL Invest, a Brussels-based building renovation business. “You have to take risks. Without this or the fear of the unknown or of failure, no one can hope to succeed”.

He describes this change of career-scenery as “extremely rewarding.” He continues, “it is nice to see an abandoned building and revive it through renovation. It is a genuine pleasure that, despite the years, does not die out.”

His tip for young entrepreneurs? “Be honest, work very hard and seize every single opportunity. Love and be proud of what you do. Just add a pinch of risk-taking and nothing will ever prevent you from being successful!”