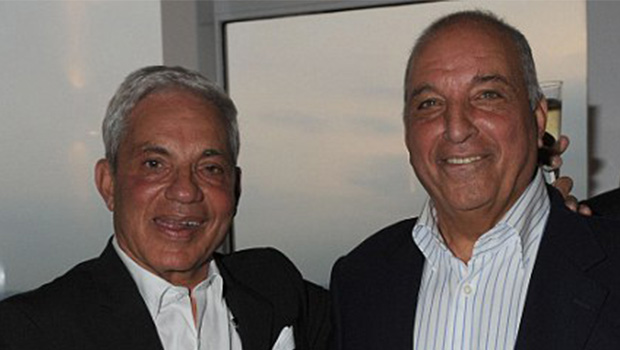 Many people often say family and business do not mix, that family is your worst business partner, your worst enemy. But not for New European billionaire brothers’ David and Simon Reuben who are currently the 117th richest people in the world according to Forbes, their total net worth at $10,1 billion (€8,6 billion).

“They have a unique relationship. They are almost like Siamese twins. There is no ‘his’ or ‘mine’ ”. Lisa Reuben, daughter of Simon, remarks about the dynamic duo who became two of the United Kingdom’s most successful entrepreneurs, alongside Richard Branson and the Hinduja brothers.

The self-made billionaires built their way to the top from nothing, thanks to their entrepreneurial spirit that runs in their family of Iraqi and Indian origins. According to Jamie Reuben, David’s son, “they had absolutely nothing. I have heard the stories from my mother – she was the one paying for the dinners when she met my dad”.

Born in Bombay, India in the 1940s to an Iraqi-Jewish family of businessmen, the Reuben brothers immigrated to London when they were teenagers. While finishing college, David worked nights for a scrap metals business while Simon did not pursue further education and instead worked for a carpets company.

“I cannot read a computer screen and never use a calculator. It is all in my head and by hand”. Without completing formal education and starting at a low position in a small carpets business, Simon Reuben was able to buy England’s oldest carpet company after just a few years, eventually saving enough money to buy and invest on properties in the UK. David was also making it big in the metals business and trade at the same time.

“They finish each other’s sentences”. Aside from being brothers, their entrepreneurial chemistry became apparent when they joined forces in the 1970, started their very own metals business and jointly invested in properties for development. In the 1990s, they invested in the Russian metals market and became one of the largest producers of aluminium in the world.

Aside from the metals trade, these successful New Europeans currently own and invest in different international companies in various sectors, including mining, finance, IT and real estate.

Growing up, the Reuben brothers’ children were humbly raised despite their vast fortune. Mentored by their fathers, they are now also successful entrepreneurs. “As kids, we were never given extravagant gifts. Our parents would tell us not to talk about money, and they were always cost-conscious”.

Reminiscing on their childhood in the Reuben household, the brothers’ children narrated, “(…) it was abundantly clear that there were many unfortunate people in the world. We knew we could not help everybody, but you were expected to help somebody. And food left on the plate was a big no-no (…)”. Despite their entrepreneurial success, the two New European entrepreneurs are not that known, due to their publicity-shy demeanour, although they have contributed a lot to reshaping London’s landscape and are very active in philanthropy.

The brothers helped in the redevelopment of many sites in London, as well as funded the construction of affordable housing. Under the Reuben Foundation, they do most of their philanthropic work in the health and education sector through building hospitals, clinics, libraries, and education facilities, as well as providing scholarships, both inside and outside the UK.

The Reuben brothers’ secret to entrepreneurial success? Solidarity, with the spirit of family and brotherhood as the core of their business.