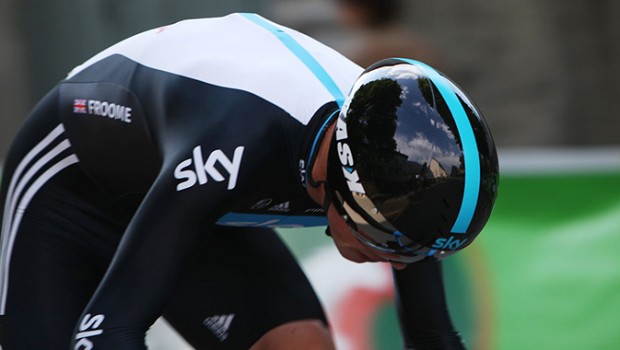 Cyclist Chris Froome, considered to be one of the best climbers in the world, has ridden under a British license since 2008. Citizen of the United Kingdom, he was born in Nairobi in 1985 and brought up in both Kenya and South Africa. He is a great example of what a great difference New Europeans can make.

Christopher –Chris- Froome met his mentor –Kenya’s best cyclist, David Kinjah- at the age of 13. Already at such a young age, he was an outstanding athlete and got to represent Kenya in the under-23 category of the 2006 Road World Championships, celebrated in Austria.

Then, he became a professional cyclist in Africa at the age of 22 and moved to Europe in order to join team Barlowod, in the UK, months later. Ever since then, his career has kept on ascending continually.

Just to name some of his achievements, he finished second overall during the Vuelta a España in 2011, won the bronze medal in the time trial event at the Olympic Games in 2012, and won the Tour of Oman, the Critérium International, the Tour de Romandie, the Critérium du Dauphiné and the Tour de France in 2013.

That same year, he was awarded the Vélo d’Or Prize and recognised as Velo Magazine International Cyclist of the Year.

In 2014, he has already won, again, the Tour of Oman and the Tour de Romandie, and is the current Tour de France’s favourite participant.

To sum up, New European Chris Froome belongs to the world’s elite of sports. His notorious talent makes a significant difference to the United Kingdom and to all teams he has cycled for, both in Africa and in Europe.