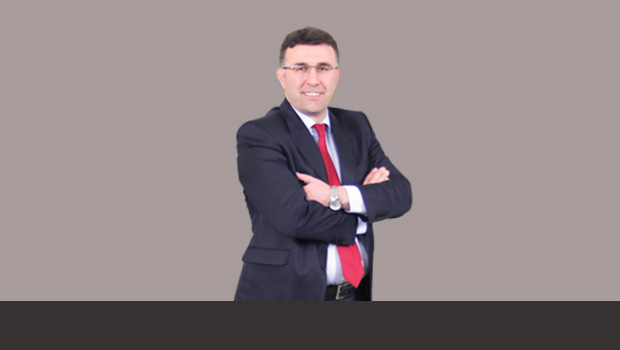 Drawn by a desire to work as an independent and to give work to others, Ertuğrul Demir and his two associates created in 2005 Sahika, a company based in Charleroi and specialised in the installation of sanitary heaters. Sahika equips between 200 and 250 buildings per year, the majority of them being social housing, and has an annual turnover of approximately five million Euros.

A success story that began in a small store of fruits and vegetables in Charleroi (Belgium). Yet Ertuğrul Demir was destined to move back to Turkey:

“The first generation of Turkish immigrants came to Belgium with the idea of staying there only temporarily. All that motivated them was to raise enough money to return to their villages and buy a piece of land, a tractor etc.

My father also had this dream of returning home and this is why he wanted his children to finish their studies in Turkey. He sent me there after my fifth primary. But I did not pursue my studies long and I returned to Belgium in 1989.”

Two years later, as Ertuğrul Demir was not able to find a job that he liked with the few skills he possessed, he decided to start his own business. For eight years, he ran a small grocery shop, before finally opting for the life of “the average man in the street”.

“I got tired of always being locked behind a counter. After eight years of independence, I was exhausted. I wanted a normal life: work eight hours a day, have my weekends free …”

Ertuğrul Demir finally found a factory work with a good salary and decent working hours. Until his entrepreneurial drive took over again…

“After three years at the factory, I got sick of this monotonous work. I thought that this life was not for me. So in 2005, with my two partners, we created our society, starting with a batch of radiators, then fittings …“

No more 35-hours, Ertuğrul Demir must again work seven days a week, but this time with a new ambition: give jobs to others, to work with others and be a model for future generations.

“When we started with my associates, our only objective was to provide maximum employment to job seekers. At the factory, when I would clock out at the end of my workday, I often wondered if I, too, one day, would have so many employees. I hoped to be able to see one day as much joy and pride on the faces of my employees. “

A dream that came true since Sahika now employs more than 40 persons, including 30% of native Belgians. Ertuğrul Demir does not only provide jobs for its workers; he also allows them to stand on their own, helping them to create their businesses, to which he subtracts some of his projects.

Being a New Belgian, that is, of immigrant origin, has never been an obstacle for Ertuğrul Demir. Rather, it has given him an additional source of motivation.

“When you have a migrant background, you should try to become an example for the future generations. You must be very active professionally, commercially, and socially.”

And it is not only as an entrepreneur that Ertuğrul Demir wants to lead by example. Since 2012, he is President of the Board of Directors of Betiad, an association that represents entrepreneurs of immigrant origin in Belgium.