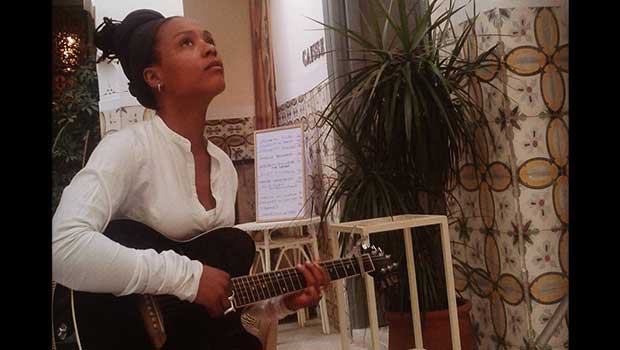 Published on May 13th, 2015 | by Alexandra LACROIX | Credit: Sarah Carlier

“In these difficult times, we have to look into our soul and go back to true values.’’ Interview with the Belgian singer Sarah Carlier.

Born in Brussels, the young singer Sarah Carlier is a new and beautiful example of what cultural diversity can bring to society: a unique musical style, open to the world, reflecting a mix between a strong identity (in her case a Belgian one) and a multiple cultural background.

UNITEE met this talented artist who performed for the first time on Place des Palais in Brussels on 10 May for the Iris Festival. She talked to us about her multiple cultural background and the importance of cultural diversity in our societies.

Your father, who plays the guitar with you on stage, is Belgian-Congolese. And your mother is Chadian and writes a lot, in particular poems. How does this triple cultural heritage and artistic background influence your music creation?

First of all, I think that I make music because my parents love music. My father is a musician. So, I have always heard a lot of music at home. And my mother has also always listened to a lot of music too.

At home, we would listen a little of everything, but it is true that with my mother we listened a lot of African music, Congolese in particular. So even though I have travelled very little, it was natural for me to make music and to make this kind of music, with many different influences.

Do you have contacts with Africa, particularly with Chad and Congo? Is it for you important to reconnect with your roots? For example, to enrich your music?

In fact, I have not yet had the opportunity to go to Chad or to Congo. I was in Africa for the first time two months ago, but it was in Morocco, where I did a few acoustic shows. So I am getting closer to my roots, little by little.

And I would like to reconnect with that part of myself in the future, to trace the source of what I heard at home with my mother and discover the street music there, because that is where it all comes from… This would certainly enrich my music.

Do you think you will one day sing in French?

Why not. But oddly, things came naturally in English. It’s a question of feeling. Perhaps because in Brussels, we hear a lot of Anglo-Saxon music. And it also makes more sense for me to sing in the language of my idols.

You became known in 2009 via the community web platform AKAMusic and released two albums since then, “For Those Who Believe” in 2011 and “SMS” in 2014, with some prestigious openings like Yael Naim, Emeli Sandé, James Morrison or Amadou & Mariam. What do you like most about making music? The creation phase or performing on stage?

Both are very different, but I would say that I prefer the stage, although at first, it was a bit hard because it went very fast for me and I wasn’t prepared. I had to learn very quickly. The stage is the moment when you share with people what you created, on your own or with other musicians. It really gives full meaning to your music.

Your second album is called “SMS”, which are the initials of one of the songs of the album “Save My Soul”. What message are you trying to convey through your music?

The main message that comes back in my two albums is a message of hope, to believe in what we do, in what we are, and do what we have to do, simply.

With “SMS”, in particular, I want to remind people about the importance of going back to the essential. We are living a difficult time, but we have the power to change things, change those things we don’t like. We have to go back to healthier values, to our roots. We are the only ones who can do this. There is nobody to give us instructions. We have to look into our soul and go back to safe and true values.

UNITEE aims at bringing to light the added-value of cultural diversity in Europe, which should be considered as a source of enrichment rather than of problems. Is this something important for you as well?

I think that a multicultural society is a great wealth, simply because unity is strength. These different cultures all have something to bring. But nowadays, when things go wrong, people rather tend to blame “the other”, who can be a foreigner, a disabled person…

I am of course rather in favour of an open society and I think that music can play a role. Music is universal and can bring people together. It has existed for millennia and has always brought people together and will continue to do so. When you go to a concert, people are always different, no matter the music.

Do you feel Belgian or a citizen of the world?

I feel Belgian, even if my parents’ culture is part of me. I have travelled very little. I was born here. I grew up here. I live in the house where I grew up. But I feel Belgian also in the sense that Belgium is an open and multicultural society. So I feel good here.

Share the post "“In these difficult times, we have to look into our soul and go back to true values.’’ Interview with the Belgian singer Sarah Carlier." 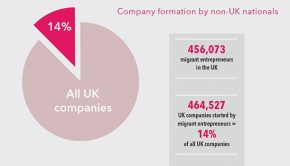 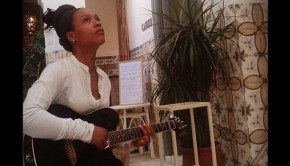 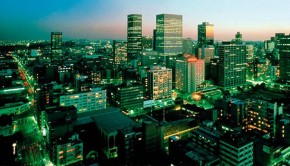 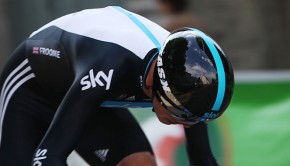