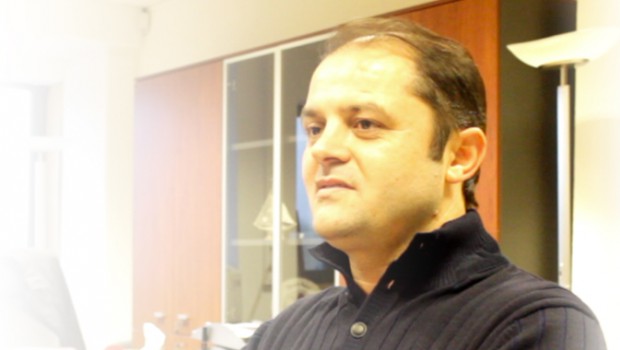 The entrepreneurial adventure of Mustafa Ünal is the kind of story everyone likes to hear: filled with twists and turns.

Starting up with a small market business, against the will of his family, Mustafa Ünal now runs a home appliances company, UNICOM, which fate was decided very quickly.

“I met my current business partner during a dinner organised by the business association Betiad. He asked me to leave the dinner to see my company. He had a look, asked me a few questions. Within half an hour, he proposed me to work with him. I didn’t agree straight away. So he invited me to Turkey. We went there. They showed me their company. And I agreed. At this speed, we had a few accidents. But there is nothing wrong with the engine.”

UNICOM is today the Belgian office of the Turkish company SINBO and serves several markets such as the Benelux countries, France and Germany. With his brother, who runs a partner company, they employ 26 persons of various backgrounds.

But the story of Mr Ünal is also the one of an initiatory route, during which he has learned to find the right balance between the Belgian entrepreneurial culture and the Turkish one.

“The Turkish and Belgian mentalities are very different. In Belgium, there is always a lot of meetings. For example, to be able to work with a big Belgian company, we had to go through 10 different meetings. In Turkey, on the contrary, it is very flexible. They rush out. It can be a hit-or-miss. I found the balance between the two. The European wariness and the Turkish flexibility… it is a nice mix. »

“Learning by doing” has indeed been the way to go for a whole generation of Turkish migrants until the end of the 1990’s. A generation that did not speak the language of their new home country, that did not study at university and that did not know the necessary administrative steps in order to start a company.

“We knew nothing of the language. We would work with an accountant without understanding what he was doing for us. I sent my son to university to study external trade. Everything he learns, we learned it on the job”.

Nowadays, entrepreneurs such as Mr Ünal act as role model to the new generation and do not hesitate to share their experiences, whether they are positive or negative. But there is something that never changed throughout the years. To become a successful entrepreneur, one has to be “brave and tenacious”, as evidence by the following anecdote:

« When I went to Tawain for business, it was only my second time on the plane. I thought it would be a short flight. I didn’t speak a word of English! Once we arrived at the stopover, I thought we had reached the destination! The hostess run after me to tell me that my next flight was about to take off!”

Discover the entire interview in English by clicking on the following links:

BeNeLux
This is the popular acronym for neighbouring countries’ Belgium, The Netherlands, and Luxembourg
New European (Parliamentary calendar)
The annual calendar of the European Parliament, where you can find all the voting sessions and various meetings the Members of the European Parliament must attend. Click here to have a look at the 2013 calendar.
New European (New Europeans)
People with a migrant background, who live and work in a European country and, in most cases, do not intend to go back to their country of origin. Their future is, rather, in Europe
Entrepreneur
A person who operates a business and takes on many risks to do so. Entrepreneurs are also innovators, coming up with new ideas and interesting solutions. New companies create more than 4 million new jobs in Europe every year.