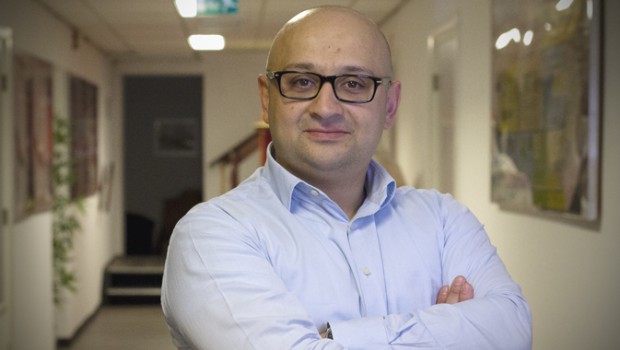 Ismail Meral was twenty years old when he moved from the big city of Istanbul to the Dutch port city Rotterdam. Born and bred in the Turkish metropolis, he is now firmly rooted in Dutch society and he sees his double culture as an advantage: “It is a treasure.”
An entrepreneur at heart, Mr Meral noticed a gap in the market: migrants seemed reluctant to make use of the services offered by existing social care foundations as they did not perfectly match their particular needs.
Mr Meral therefore decided to found his own social care centre, MOB, and carry out government work in this sector in his own way. MOB aims at helping people with a migrant background live independently for as long as possible.

Ever since he was ten years old, Mr Meral was convinced he would turn out to be an entrepreneur. “Being an entrepreneur is the most undervalued profession. Without entrepreneurs, there would never be innovation or change.”

In a way, he is a pioneer too because he was determined to become an entrepreneur in a sector that is characterised by foundations that have existed for decades. Wherever he went people would advise against his plans and occasionally even laughed at him saying: ‘There is no business in social work.’

Now, ten years later, his business has flourished. MOB has become a leading centre in Europe with respect to offering social care to people with a migrant background, most notably people of Chinese, Turkish, Moroccan, and Cape Verdean origin.

To help his clients most effectively, Mr Meral employs people with the same background because, as he explains, “people of foreign descent do not always feel at ease in mainstream foundations.”

According to Mr Meral, it is an advantage to be an entrepreneur in his sector. The crisis has affected everyone and people have seen their benefits cut in recent years. However, by being flexible and by looking at things from an entrepreneurial point of view, his business has grown even in economically difficult times.

The reason he became a social worker is to do work that makes other people happy. “My primary objective is to improve the lives of others; business only comes second.” Mr Meral stresses the social relevance of his organisation as he strives to be an example for the city’s migrant communities and society at large.

The same can be said of ROGIAD, an association of entrepreneurs in Rotterdam, of which he is the current chairman. The strength of this association is that it brings together entrepreneurs working in different sectors, who can help each other with their specific knowledge and encourage each other to take responsibility in society.

ROGIAD is also invaluable as a place for networking. New Europeans often have to start from scratch and this association facilitates them in making useful connections. “New Europeans have the same qualities as natives, but they need a little help with building a network. Having a comprehensive network of connections is the most important thing in business.”

Mr Meral’s advice to aspiring entrepreneurs is: “Don’t let anyone tell you what you can and cannot do. You have to be strong headed to make it in this world.” By following his intuition rather than listening to others, Mr Meral has made his way in life.

“Try to be innovative and think outside the box. If you dream big, then others will become part of your dream. If you dream small, then you will be part of someone else’s dream.”

New Europeans
People with a migrant background, who live and work in a European country and, in most cases, do not intend to go back to their country of origin. Their future is, rather, in Europe
Entrepreneur
A person who operates a business and takes on many risks to do so. Entrepreneurs are also innovators, coming up with new ideas and interesting solutions. New companies create more than 4 million new jobs in Europe every year.