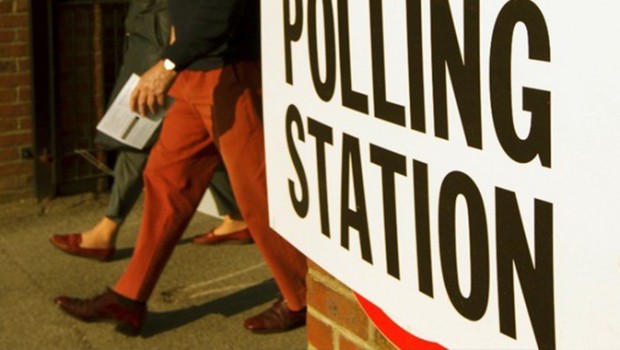 Political participation, especially at the local level, is widely seen as one of the most effective tools in fostering integration for foreign citizens. This has been officially recognized by the European Union: the 1992 Maastricht Treaty states the right of all “European Citizens” (i.e. all citizens of one of the EU’s 28 Member States) residing in another European State to vote and be elected in local and European elections.

At the same time, parallel to the enfranchisement of other European citizens, there have been growing concerns on giving political rights to another category of people: third country nationals residing legally in one Member State – or, as they are called by some, TCNs. In their case, the situation is much more diverse among European countries. If there are some virtuous cases, many countries still have to address the problem. To know more about this relevant issue, we interviewed Stefanie André, PhD-Researcher at Tilburg University.

Would you consider enfranchising non-EU residents in Europe to vote in local elections as a viable way to integrate migrants?

In migration literature, voting in elections (both at the local and national level) is seen as an indication of political integration of migrants in their society. Local elections are open to third-country nationals (from now on indicated as TCNs) in some European countries. For example, in the Netherlands you can vote in local elections if you have lived in the country legally for at least five consecutive years. EU-citizens are always allowed to vote in local elections if they are residing in the Netherlands. Giving non-EU residents local voting rights seems a good way to integrate legal migrants in their society of destination. It gives them the opportunity to engage in their local community and to feel accepted, including having the possibility to influence their direct surroundings.

Unfortunately, there has hardly been any research into the effects of political integration on other aspects of integration (like social integration), but it is expected to be a positive effect, because both are effects of a relationship with the non-migrant community.

Some critics say that giving political rights to foreign residents would not be the right solution. If they really want to participate at the elections, they can apply for the citizenship. What is your opinion?

The main problem here is that citizenship rights are quite restricted in many countries: for example, people have to reside in the country for quite some time to be eligible to apply for citizenship. For this reason, voting in local elections is a good first step to become acquainted with the community of destination.

I do think, nevertheless, that there are some problems with enfranchisement of TCNs. For example, when migrants are not well integrated they will not have the knowledge or access to the knowledge to make an informed decision in elections. Another problem can be that migrants are pressured to vote for one candidate by their migrant community in the host society. These are pros and cons that have to be weighed against each other.

Is enfranchisement sufficient to foster integration, or does it have to come together with other measures? In other words, if TCNs are given the right to vote, are they actually going to?

I think there is not one condition which is sufficient to foster integration. Different measures have to be taken to include migrants, especially resident TCNs whose intention to stay in the host society for a long period of time is more profound. One of the most important elements of integration which is found in research is educational opportunities. Giving migrants and their children the possibility to participate to the educational system is the most important way of including migrants in the host society. If migrants are given the right to vote they also vote to some extent. In my own research we found that turnout of resident migrants in EU countries is between over 50 % in the Czech Republic and over 90 % in Luxembourg and Belgium (countries with compulsory voting). If we compare the turnout of resident TCNs in EU countries (first and second generation) with the turnout in national elections with non-migrant citizens it is lower but they do vote. This is the case both for first and second generation migrants. We do find that first generation migrants vote less often than second generation migrants, also if we control for the increased educational attainment of second generation migrants.

Could voting rights bring about some negative effects, such as the formation of ethnic parties and the exploitation of ethnical diversity?

As I already mentioned, I think that one of the main problems is that people might be forced into voting for some candidate they do not want to vote for because they are not aware of other options or feel pressured by their migrant peer group. The formation of ethnic parties is not negative per se. If a group of migrants feels that they are a major part of the electorate and they want to get into politics on that basis that is allowed. Intrinsically, this is not different from political cleavages based for example on religion. Political parties should be a representation of the people and their identity in representative democracies. However, if we want to give voting rights to migrants to integrate them in the host society, ethnic parties might hamper integration, politically and otherwise.

Are there differences in voting behaviours among ethnic groups? If yes, which are the reasons for this difference and how can authorities overcome it?

There are most definitely differences in voting behaviours of ethnic groups. In my research with Professor Jaap Dronkerswe find that within European countries the extent to which migrant vote differs considerably. One of the most important explanations of migrant electoral turnout is their socio-economic background, income and education are important drivers for electoral participation for as well natives as migrants. Furthermore, we find that if the turnout in the native population is higher, the turnout in the immigrant population is also higher. This indicates that certain political or institutional arrangement are more successful in including migrants in the voting process than others.

As advice to authorities, I would say that education and information are the key. Give people the opportunity to educate themselves, make literacy programs available to all that need them and try to include migrants in the political process by approaching them during and between campaigns. Only with information and social-economic opportunities political integration can be fully obtained.