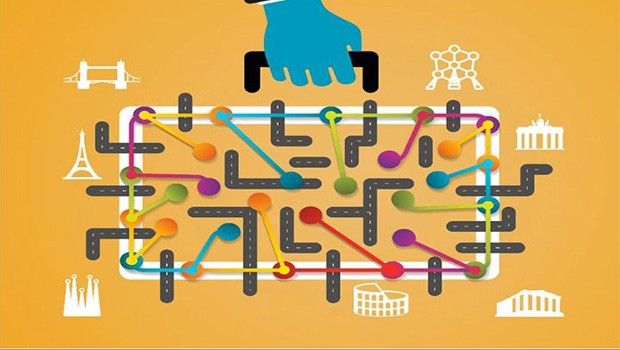 «Every citizen of the Union shall have the right to move and reside freely within the territory of the Member States subject to the limitations and conditions laid down in the EC Treaty and by the measures adopted to give it effect».

These few words, stated in the Treaty of the European Union, represent arguably the most important and radical of its founding principles: free movement for EU citizens. One of the four main ‘freedoms’ established by the Maastricht Treaty, together with freedoms of capitals, goods and services, freedom of movement allows the common market to work efficiently. Indeed, the general view is that free movement of labour is fundamental to a functioning single market, and is seen as one of the great strengths of the US economy.

However, the relevance of free movement does not limit itself to its economic value. Given its exclusive ‘individual’ status, it has a deeper meaning: free movement of individuals across borders fosters a sense of common belonging beyond local or national identities. It is not by chance that the European Commission stresses how this right is the one most associated with EU citizenship. And this is shown also by the overwhelming appreciation among the citizens itself: an EU survey suggests that they consider it as the EU’s most positive achievement, ahead of peace in Europe, the euro and student exchanges.

It is therefore worrisome that some countries, spearheaded by the United Kingdom, are increasingly proposing to limit this principle. British Prime Minister Cameron’s pledge, last November, to advocate for a restriction on immigration from EU countries, is only the last of a series of such manifestations. Even if they have been rebuffed by the German Chancellor Angela Merkel and the European Commission, such a position is seemingly unwavering: free movement they say, especially with the EU accessions of 2004 and 2007, is causing a severe mass migration, putting a strain on already thin public finances.

Such a view is short-sighted and dangerous. Not only does it go against all established EU values, but it also hampers its economic growth. The truth is, far from being a strain on welfare, EU immigrants have a positive contribution. As many studies show, mobile workers mostly pay more in taxes and social security than they receive in benefits, because they tend to be younger and more economically active than the host countries’ own workforce.

We should not forget though that free movement is not panacea: it does not operate in a vacuum. To be effective, it requires a strong and well-functioning legal framework, able to punish abuses and control their implementation. It also needs advanced social nets, allowing people to freely move pushed by choice, not by poverty; and it needs high levels of education around the EU, to allow people to learn new languages and move where the conditions are better. What is also needed, furthermore, are policies for the development of poorer regions, to fight the worst effects of ‘brain drain’, while still permitting ‘brain circulation’.

It is apparent that free movement might need reform, but changes should not be taken out of fear or for short-term political reasons. It appears clear that what we need is more integration and openness, not less. Indeed, only 2.8% of all EU citizens live in a Member State other than their own. Yet they are a key element in the success of the internal market. Education is particularly important in this: fostering educational movement is key for the sustainable future progress of the EU.

There is plenty of improvement to be made. Let us keep the EU moving.

This article was originally published in issue 4 of UNITEE’s magazine, The New European, dedicated to the principle of Free Movement.

Single Market
It enables EU citizens with “four freedoms”: free movement of people, goods, services and capital in all 28 Member States. (Similar to Internal Market)
brain drain
Buzzword for a significant emigration of educated or talented individuals. It can result from turmoil within a nation, from there being better professional opportunities in other countries or from people seeking a better standard of living.
Internal Market
The geographical area across the EU where you are free to live, work, study, do business or retire… Thanks to this single market, you can also enjoy, from home, a wide variety of goods and services coming from all over Europe.
UNITEE
UNITEE represents entrepreneurs and business professionals with a migrant background, most of them of Turkish descent, and whom we refer to as ‘New Europeans’. http://www.unitee.eu/