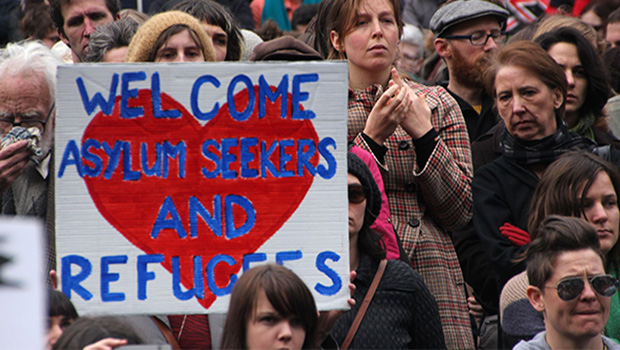 Migration is a natural phenomenon – starting from the prehistoric era when Homo sapiens were constantly moving to search for better climatic conditions all the way to today, when people from all over the globe leave their home to search for job opportunities and decent living conditions in other countries.

Especially in Europe, migration has been a fundamental phenomenon in determining society. The European continent has always been subject to migration flows and, not to forget, it has equally been a big source of emigration, especially in the 20th century.

However, after the 9/11 attacks of 2001, an impressive wave of islamophobia, xenophobia and fear in general pervaded Western countries; this made the European population rather intolerant towards cultural and religious diversity and reluctant to open up to migration flows.

Besides this societal aspect characterising the European population especially in the last decade, the European Union has equally failed in showing solidarity and support towards migrants.

According to Aissata Tall Sall, Mayor of the City of Podol, Senegal, “if Africa is called the continent of people, Europe is the continent of humanism and it thus has the responsibility to show leadership and commitment in the protection of migrants and of human rights in general, leading the way of all its global partners”.

In order for the EU to indeed be a leader in migrants’ protection, much has yet to be done. First, the Dublin Regulation, which states that the Member State responsible for processing the asylum claim will be the state through which the asylum seeker first entered the EU, must be renewed.

Second, EU Member States must show solidarity and help each other by implementing the often pledged fair share of responsibility. As a matter of fact, it seems that those Member States exposed to a lower number of migrants, refugees and asylum seekers lack the willingness to assist the ones in need of support, mostly those at the external borders of the EU.

Third, harmonisation of asylum policies between EU Member States must be insured as soon as possible. The notable difference in conditions for asylum seekers and migrants creates uncertainty and leads to an unequal and thus unfair treatment of those who seek a new life in Europe.

Fourth, “the possibility of creating humanitarian corridors and international protectorates for people fleeing from countries at war should be considered, as Cécile Kyenge, former Italian Minister for Integration”, suggested during a recent conference organised by the Foundation for European Progressive Studies (FEPS) on the issue.

Fifth, legal channels for migration should be opened in order to reduce both the multiple risks of exploitation that migrants face and illegal migration in general. EU Member States must also guarantee that migrants receive equal treatment and the same chances and responsibilities as EU citizens, once they are integrated in the society.

Lastly and most importantly, the narrative across Europe must change – immediately. The aforementioned institutional and procedural reforms aiming at guaranteeing the acceptance and integration of asylum seekers and migrants in general must be doubtlessly implemented. However, one cannot fail to consider that those same reforms will not happen in vacuum but have a specific impact on actual societies. Accordingly, if European citizens are not open and ready to accept and embrace migrants, they could close themselves even more and adhere to the xenophobic narrative – and this must be avoided.

Positive advocacy campaigns should be organised with the aim of spreading the idea that migrants are not a threat but rather an opportunity for society. This idea shall slowly become part of the collective conscience of European society, guaranteeing thereby a harmonic and beneficial coexistence of all members of society.