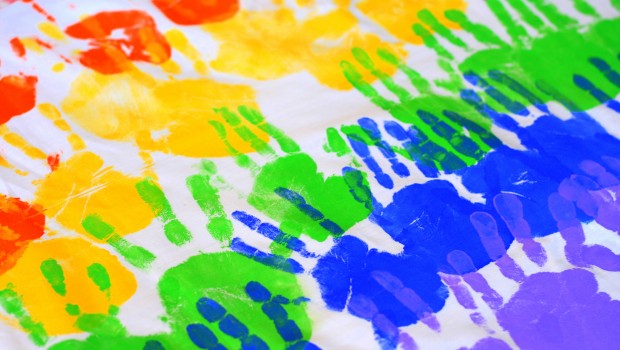 The rate of international migration dramatically changes the cultural make-up of cities and societies across the world. However, the rapid rate and large scope of migration and xenophobic political discourse fuel identity fears and threaten the cohesion and stability of societies. Since stopping migration is not an option, effective inclusion and diversity management strategies become essential.

In the 21st century, diversity policies are as necessary for city managers as ensuring that utilities or garbage collection work well; and intercultural skills are now increasingly recognised as a key element of personal and professional literacy.

In the past, migrant integration policies have not been systematically accompanied by diversity management policies. Migrants were either expected to stay at the margins of society, as guest-workers, and then leave, or blend in with the rest of society and leave their cultural baggage behind. Integration policies have achieved much in terms of nominal migrants’ social rights, employment and, in some countries, civic rights.

Interculturalism has been conceptualised by the 2008 Council of Europe White Paper on Intercultural Dialogue. “It proposes a conception based on individual human dignity. If there is a European identity to be realised, it will be based on shared fundamental values, respect for common heritage and cultural diversity as well as respect for the equal dignity of every individual. Intercultural dialogue has an important role to play in this regard. It allows us to prevent ethnic, religious, linguistic and cultural divides. It enables us to deal with our different identities constructively and democratically on the basis of shared universal values.”

The value of interculturalism lies in its positive impact on both economic development and social cohesion, without the need for additional investment or public resources. It deals with the symbolic aspects of managing diversity as much as with policy-making and institutional aspects. In many of the liberal, socially-minded European countries, newcomers and their descendants benefit from generous welfare support and access to public services.

However, these benefits are often set off by a negative public attitude to migrants as a drain on public resources and as individuals with a very low potential to contribute to society economically, socially and culturally. These perceptions, reflected in the political discourse and media, create alienation and discourage migrants to get deeply engaged with their host society. The lack of cultural reciprocity – for instance in terms of recognising the value of migrants’ own languages – is a key obstacle to inclusion.

Take the case of education. The key aspects of the intercultural approach to education are: the mixing of pupils from diverse backgrounds combined with educational activities to enhance contacts, mutual understanding and recognition of diversity as an asset; the employment of teachers with diverse backgrounds to enhance both cultural sensitivity and provide role models; intercultural competence training of teachers; close links (v) and interaction between the school and the diverse local community.

Successful culturally diverse schools share many common features and principles, but do not necessarily apply the same methods. For instance in an ethnically-mixed school in the Groenewoud district in the Netherlands, the headmaster made it a matter of policy not to display any material or to teach anything referring to the countries of origin of the children. The headmaster of Tilburg’s Rainbow took a very different view and believed it was essential for kids to retain their knowledge of parental culture as part of a rounded education.

To conclude, interculturalism is a holistic approach to diversity management encompassing urban governance and most local policy areas. It is a long-term process which involves action at the symbolic, policy and structural levels. City leadership can gain credibility and make an important symbolic gesture in favour of diversity and inclusion – for example when the Mayor of Lisbon moved his office from the seafront Mayoral Palace to the diverse and poor neighbourhood of Moraria.

Quick wins are sometimes necessary to create a local coalition of intercultural supporters and kick off a process, the transformation of perceptions and institutional practice takes time. What is important is to maintain momentum, embed the intercultural commitment in a strong partnership with civil society actors, including business and academia, and combine quick wins with a strategic approach. The sustainability of the intercultural approach is best guaranteed through law, as in Neuchâtel and Mexico City, or in special strategic documents as in Botkyrka, Limerick, Reggio Emilia, Barcelona and many other cities.

The adoption of interculturalism at the national level is slowed down by inertia, by the excessively partisan nature of national debates about migration and diversity, but also by a very real urban – rural divide. Cities, particularly those with a cosmopolitan identity, understand the benefits of diversity. Rural areas, as a rule much less culturally diverse are more sensitive to the risks of migration and diversity, conveyed in political and media discourse. But rural votes in most countries still determine national majorities.

Despite these and other challenges, intercultural integration has gained momentum in cities across Europe and beyond and is rapidly imposing itself as the policy paradigm to foster prosperity, cohesion and inclusion in the beginning of 21st century.

Council of Europe
It is an international advisory organisation that advocates for cooperation between Member States in terms of human rights, legal standards, and democratic development.
New European (Parliamentary calendar)
The annual calendar of the European Parliament, where you can find all the voting sessions and various meetings the Members of the European Parliament must attend. Click here to have a look at the 2013 calendar.
New European (New Europeans)
People with a migrant background, who live and work in a European country and, in most cases, do not intend to go back to their country of origin. Their future is, rather, in Europe
Multiculturalism
Describes a community made of multiple cultures. It can refer to the cultural diversity in the demography of a certain place or organization, e.g. schools, businesses, neighbourhoods, cities, or nations, or to ideologies or policies that promote diversity.
UNITEE
UNITEE represents entrepreneurs and business professionals with a migrant background, most of them of Turkish descent, and whom we refer to as ‘New Europeans’. http://www.unitee.eu/