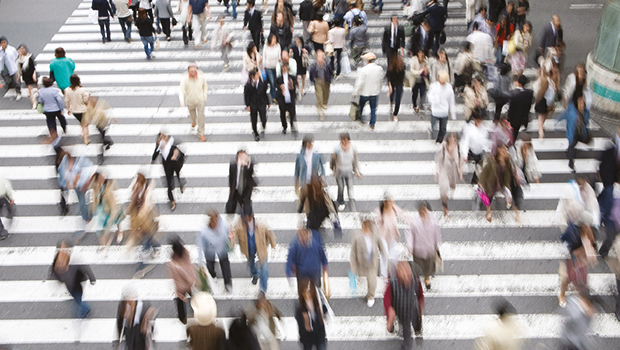 Our continent’s history is the result of a fusion of peoples and of the consecutive migrations that have shaped it as a diverse and pluralist reality. The current European population is neither homogenous nor uniform; it is the outcome of a diversified cultural heritage and of the contacts she had in the past with other continents and the populations that established on its soil.

Europe, notwithstanding its past as a source of emigrants, especially towards the United States, has now become a continent of immigration, with all the issues it entails, such as the challenges of integration and of acknowledging their potential.

More than 70 European regions are confronted with a reduction of their population, exceeding 1% per year for some among them, as acknowledged by the Committee of Regions in its 2009 Report on aging. If the most disadvantaged and less populated European regions were able to establish partnerships with the aim of attracting people and families, a big step would be taken towards the reversal of the aging issue.

Furthermore, Europe’s demographic decline requires a deep reflection on the measures to be taken in order to preserve our social model and to stay competitive on the world stage. Many studies, especially by the European University Institute in Florence, show that without the influx of new migrants on the course of the next decades, not only Europe will not be able anymore to finance its retirement programmes, but it will see a deterioration in some sectors of the job market that will become lacklustre and/or obsolete, thus endangering the objectives of the Europe 2020 strategy. Domains such as healthcare, new technologies, engineering and finance, but also infrastructure building and others requiring lower-skilled workers will face some critical situations unless they rely on immigration.

In an increasingly globalised world, the circularity of migrations between Europe and the other continents becomes an increasingly concrete reality, which makes revising the policies on migration management necessary and obliges to rethink Europe’s relations with the rest of the world. Diasporas have a potential that can and must be addressed, not only to contribute to the integration of new immigrants in Europe, but also to enhance the economic, social and cultural links with their countries of origin.

The Committee of Regions has estimated that economic and demographic evolutions ask for the elaboration of a common European strategy in favour of a balanced management of migration fluxes and of integration promotion. It has also stressed that the European Union and its institutions must determine a true immigration policy and take full responsibility for its realisation, without delegating such role to the Member States, especially those at the borders of the Union, but instead uniting them and the local communities in a common political plan, providing for the appropriate operational measures.

New Europeans can and should play a major role in the governance of European cities and regions, that should not only be cosmopolitan and able to attract talents and qualified professional from diverse backgrounds, but also aim at mobilising them to obtain appropriate forms of political representation, conducing to their full integration. The experience of many regional and local institutions, that have introduced consulting councils representing immigrant communities, can and should be followed with interest. The key concept of subsidiarity has rightly surfaced to keep the administration as close as possible to citizens. The different solutions adopted at the regional and local levels show that there is a diversity of approaches that should be better acknowledged: it is the reason why the Committee of Regions insists on the need for sharing best practices among local authorities and Member States concerning integration policies.

A Europe wanting to be open to other continents must necessarily priorities attracting qualified human capital. In turn, this mainly requires quicker, more efficient and flexible legal procedures. The flux of migrants towards the European continent will certainly continue to exist: that is why we believe that we should promote a reflection on the newcomers’ potential. More important investments in training, skills-building and in the promotion of mobility on the job market, through appropriate strategies mobilising all parties, included regional and local authorities, could undoubtedly impact on our economic growth.

Let us be frank: the elaboration of such programmes and initiatives will require additional investments in social programmes and in the institution of ‘citizenship contracts’, assuring future populations and their descendants a successful integration. Moreover, the Committee of Regions pleads for ‘Partnerships for migration and integration’ between the cities and regions of origin and destination, that might be established with third countries and will undoubtedly help a better insertion of immigrants in the welcoming societies.

We are convinced that regional and local authorities should cooperate more closely with diasporas, in order to have valid interlocutors in the definition of appropriate policies for New Europeans’ integration. Diasporas have an important role to play in the mobilisation of human and financial capital, strengthening human development and individual skills. Regional and local authorities can and must work together with diasporas, making use of their potential to bring about the emergence of New Europeans. The future of Europe will be played in its ability to find appropriate solutions to the many challenges and also the ability to mobilise and associate New Europeans in a common project according to the common values.